The members of the SBS variety show “Running Man” have graced viewers with six years of fun, laughter, and ridiculous games. What would we do on Sunday night without them? There are an endless number of things that only “Running Man” lovers can understand, and although it was hard to narrow the list down, I picked some of my favorites!

The Monday Couple is infamous and I was truly obsessed with them at one point. But do you know the couple that many “Running Man” fans are not-so-secretly rooting for? Sparta and Ace.

Being the first one to have your name tag ripped off is never really fun. The members/guests also hate it because that means there’s less air time for them. On the rare occasion, they will find something to occupy their time. Every time the members are given the opportunity to eat freely, the members get suspicious. They can hardly enjoy their delicious meal, instead spending the entire time trying to figure out what the producers will make them do once they are finished eating. 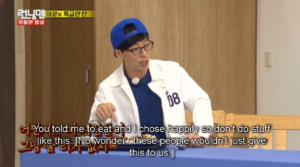 “You told me to eat and I chose happily, so don’t do stuff like this. (No wonder these people wouldn’t just give this to us.)

In the earlier episodes, the producers used to place random boxes in the races so that the members and guests would have more places to hide. This was amusing to watch especially when the cameraman would catch them trying to move! That egg game where they get a bunch of eggs — some boiled, some not — and the members/guests have to crack them over their head. Poor Kwang Soo lost pretty much every time.

Lee Kwang Soo as the giraffe? Kwangvatar? Prince of Asia? 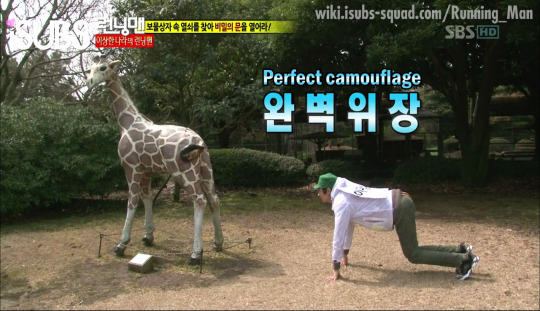 Or how about Song Joong Ki’s feet? On the “Consensus” episode of “Running Man” (episode 267), the members played a game where six of them had to pick a random number and Yoo Jae Suk had to jump rope the number that he thought they picked. The members picked the number seven and crazily enough, Yoo Jae Suk jumped 7 times. It was a simple, but emotional part of the episode since it displayed their incredible teamwork. Since that episode, the number seven has become symbolic of this family.

In a later episode, 7012 was the password for Gary to escape. The numbers 012 mean “forever” in Korean. Cheesy, but adorable!

9. The pain that is acupuncture mats.

Noted as having many health benefits, the members poured their blood, sweat, and tears when having to compete on these painful mats. Sometimes if the producers were being nice, they would let them wear socks.

You can never trust these three to be loyal. If it means winning, these three will betray their team in a heartbeat. Their iconic trio arm cross has become a staple in the show for many years! It’s been forever since Song Joong Ki was a member of “Running Man.” He did come back briefly a few months after he left, but I think it’s about time he comes back and this time maybe forever. Please?

It’s not easy being the only woman on the “Running Man” team. The guy members often forget that she’s an attractive lady until the days she shows up looking like this: 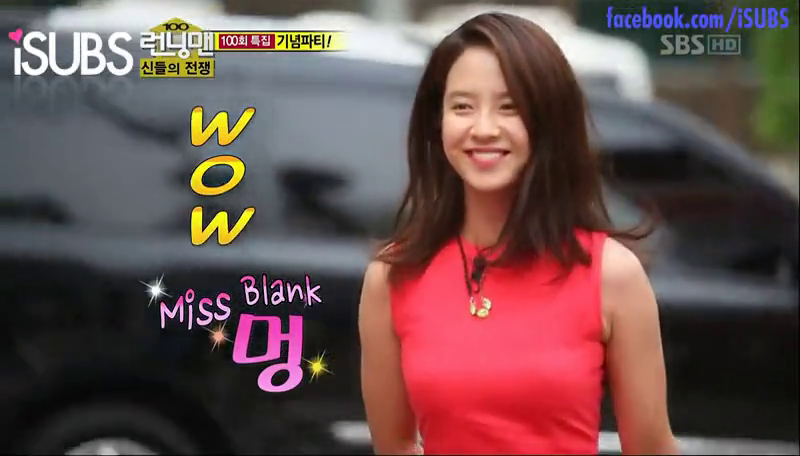 When “Running Man” announces that they are having a guest or guests that I really truly heart, I can hardly contain myself. I get so excited because it’s like my two big loves coming together and forming a big love party. 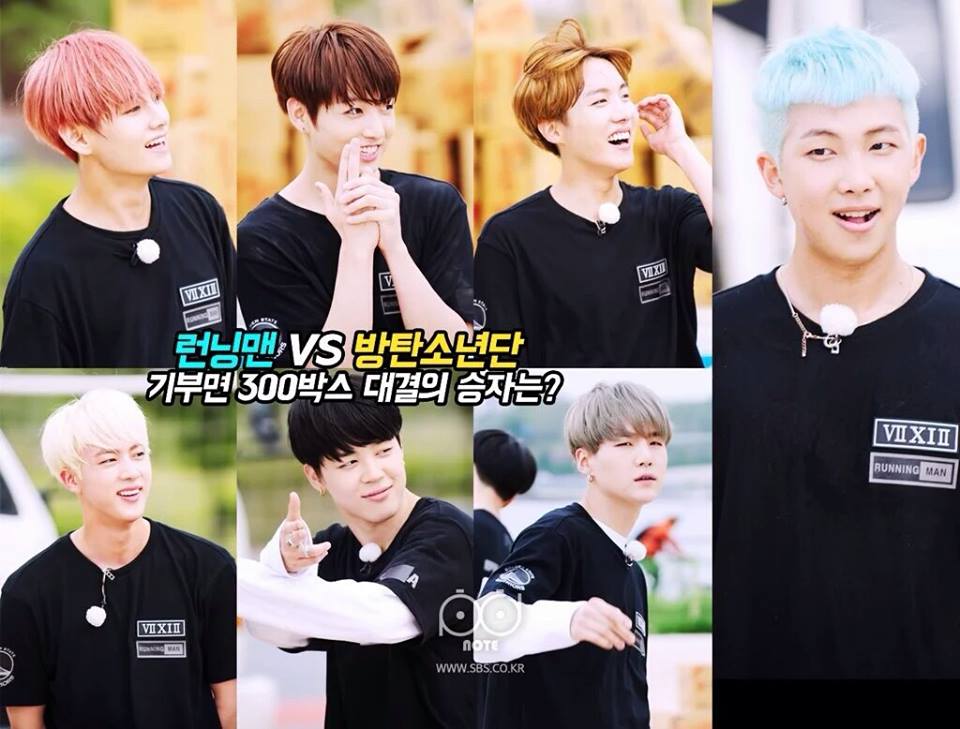 The eerie sound of these bells coming from afar. When you’re hiding from the “chasers,” it’s a sound you dread hearing because it means they are near and are going to try and rip your name tag off.

This fear and terror can’t be expressed through a gif or pic. It must be heard.

The ever so accurate drawing of Kang Gary. 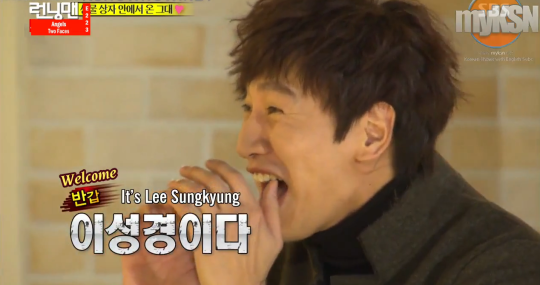 Look at how genuinely happy they are to see each other. 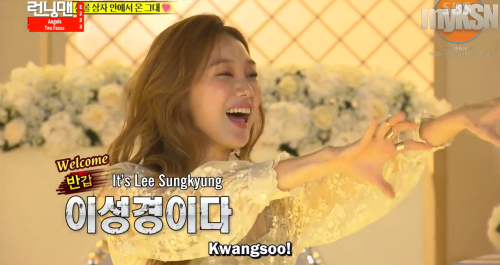 These forehead slaps are given as punishment when someone loses a game. It is said to cause dizziness and blurry vision.

Back in the earlier episodes, as punishment, the losing team would have to wear “hot pants” out in public. These hot pants were basically super short and super tight shorts. I think they should bring this punishment back. What do you think? Did we miss anything else, Soompiers? Let us know in the comments below!

binahearts is a Soompi writer who loves to spend her free time immersed in all things Korean- dramas, movies, K-Pop, and beauty products! Her current obsessions are Song Joong Ki, Akdong Musician, SMTM5, and Lucky Romance. When she isn’t watching the latest Running Man episode, she can be seen indulging in her favorite hobbies which include singing her heart out at karaoke, photography, playing with her dog, and eating dessert!