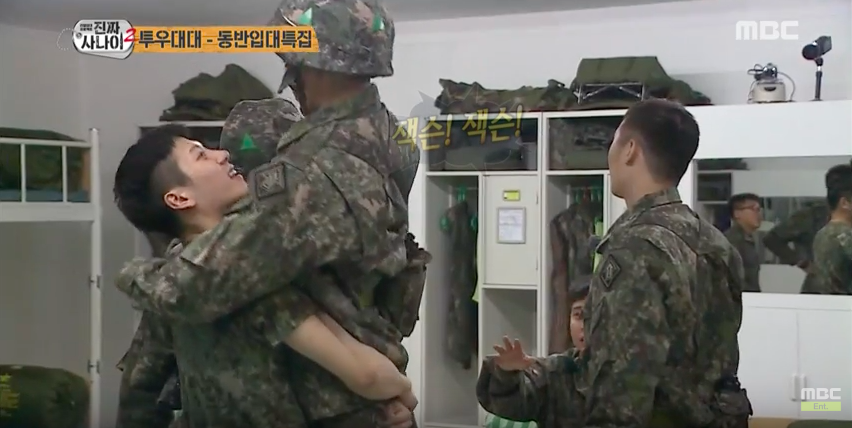 Watch: GOT7’s Jackson Lifts BamBam Up After A Grueling Day On “Real Men”

On the June 26 episode of MBC’s “Real Men,” GOT7 members Jackson and BamBam both go through a particularly difficult day of training.

Jackson is reprimanded for driving a tank over six traffic cones, and BamBam is hounded for struggling to lift a 25 kilogram (approximately 55 pounds) shell over his head. Jackson comments, “I didn’t know I could be so bad at it. I was ordered to go keep going ‘forward right,’ but I was confused over whether I should be making a right while going forward or just making a right.”

At the end of the day the two reunite in the barracks and Jackson greets BamBam by joyfully lifting him up. The loving moment between the two is short lived, however, after a fellow comrade sternly tells Jackson, “Don’t do those kinds of things.”

GOT7
Jackson
BamBam
Real Men
How does this article make you feel?