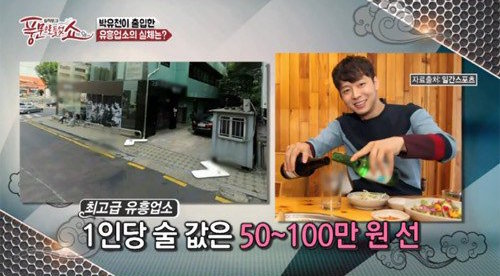 More information on “10 Cafe,” an adult entertainment bar and the site of Park Yoochun’s alleged sexual assault of the first accuser, has been revealed.

The first accuser has since dropped her charges against Park Yoochun, but 10 Cafe has continued to incite interest as it was reportedly the star’s frequent haunt. 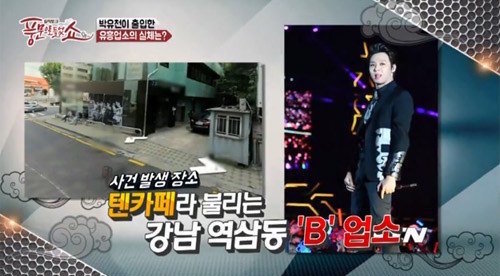 Talk show “Heard It Through the Grapevine” recently peeled back the veil on 10 Cafe for its June 27 episode.

“The 10 cafe Park Yoochun went to is establishment ‘B’ located in Yeoksam-dong in Gangnam-gu. The cost of alcohol per head is around 500,000 to 1 million won (approximately $428 to $856 USD). It’s an extremely high alcohol cost so most of the customers are high profile politicians, business men, or celebrities,” Park Young Jin explains.

“Because they are public figures, the customers don’t like to go outside [of their rooms] to use the restrooms. That’s why there is a restroom inside of each room,” Park Young Jin continues. “However, the restroom is extremely compact. There’s just a sink and one urinal.” 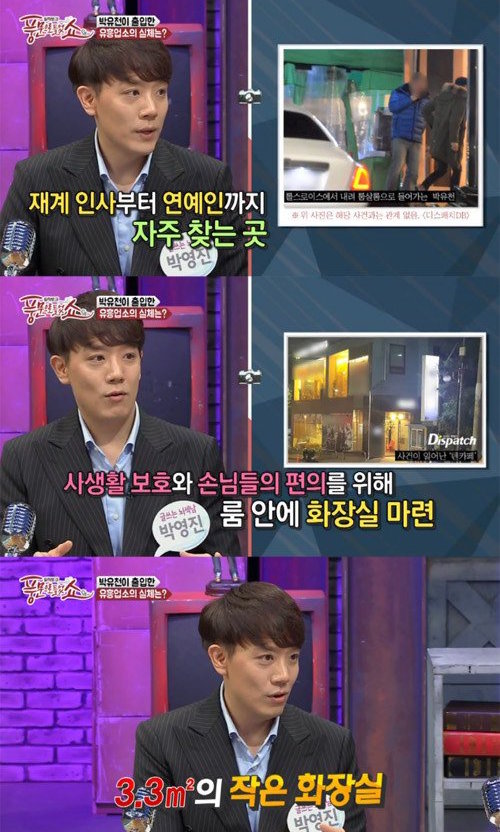 Park Yoochun has been accused of sexual assault in bathrooms by four individuals. The case is ongoing.

Heard It Through the Grapevine (Show)
JYJ
Park Yoochun
How does this article make you feel?