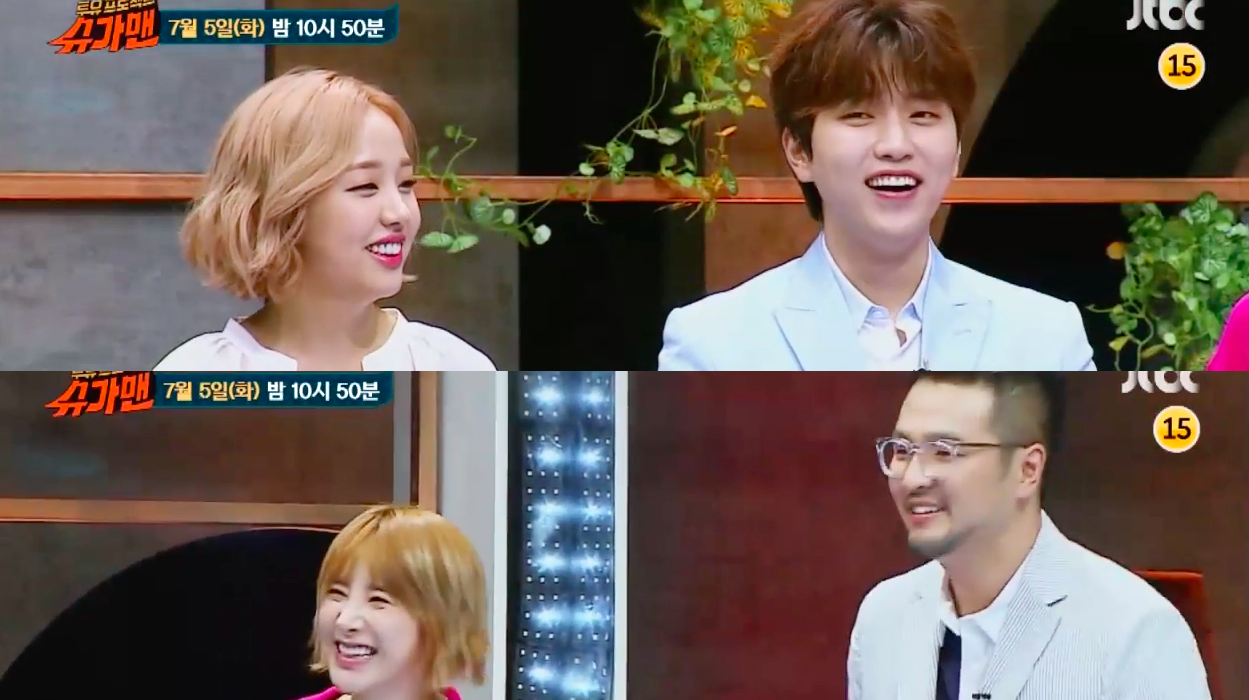 The competition on next week’s episode of “Sugar Man” looks like it’s going to be intense!

At the end of June 28’s episode of “Sugar Man,” the show shared a preview for the next episode, and revealed that the performers will be two duet teams. One team features solo songstress Baek A Yeon and B1A4’s Sandeul, and the other includes former Jewelry member Seo In Young and g.o.d’s Kim Tae Woo.

The preview shares brief clips of their performances, so be sure to check it out below!

Sugar Man
B1A4
Kim Tae Woo
Sandeul
Seo In Young
Baek A Yeon
How does this article make you feel?