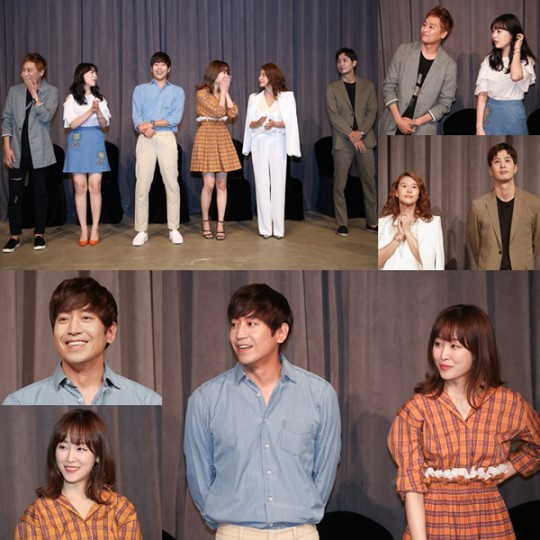 On June 28 the cast of tvN drama “Oh Hae Young Again” held a free hug event for fans at 6 p.m. at CGV Cheongdam’s MCUBE Hall in Seoul. The final episode of “Oh Hae Young Again” aired on the same day. During the production press conference before the drama back in April, the cast promised that they would hold a free hug event if the viewership ratings reached 5 percent. Keeping their word, the cast held the event after the filming of the eighteenth episode.

The actors and actresses were able to express their gratitude to fans with every hug they gave. Fans who prepared gifts, were returned the favor by directly seeing the warm smiles of their favorite actors.

During the event Eric stated, “To think that today is the end of the drama – it is really bittersweet. I thank everyone who came out to see us.”

Seo Hyun Jin also stated, “It hasn’t hit me yet that the drama has ended. I am really touched to get to meet and see everyone. Although we filmed all night last night, getting to meet the viewers is energizing. I’ve gained enough energy to feel like I can film the drama from the beginning all over again.”

Kim Ji Suk added, “We should have kept our promise earlier, but we ended up doing the free hug event at the very end. Thank you for waiting. It is great to see everyone enjoying themselves. Thank you so much for your generous support. I was able to spend each day on set was spent in happiness.”

The eighteenth and final episode aired at 11 p.m. KST on June 28. Watch the episode below!