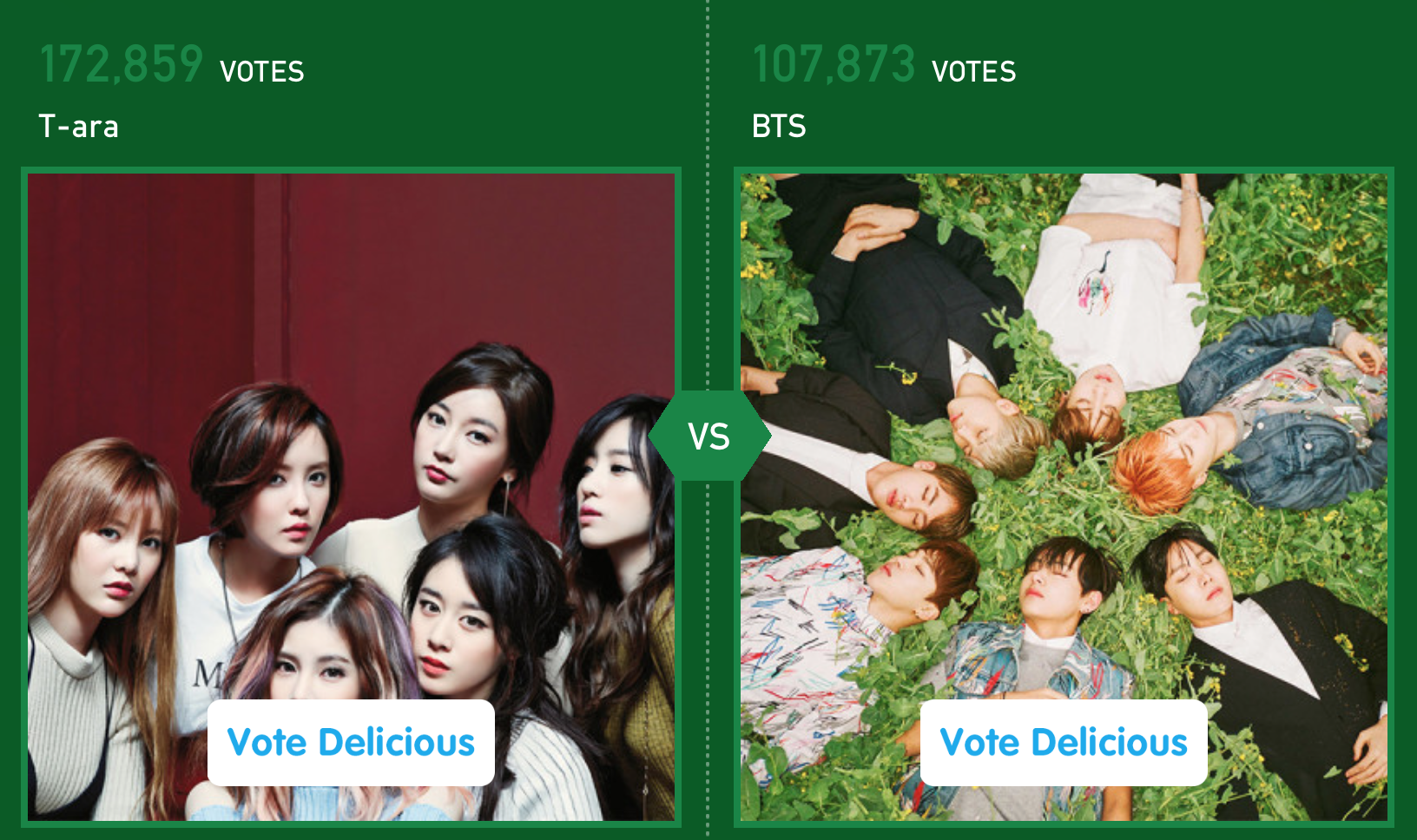 Billboard’s annual Fan Army Face-Off has begun! Sixty-four fandoms have been paired off in four categories — blue, red, orange, and green — with one group from each category ultimately moving up to the semi-finals.

As usual, Billboard has included a K-pop bracket (green). The match-ups are as follows:

SHINee vs. Block B

Super Junior vs. A Pink

T-ara, last year’s winner of the tournament, is back in the running, and is going head-to-head with BTS in the first round of 64.

Which K-pop fandom will make it to the final four?

Thanks to Brooke for the tip!