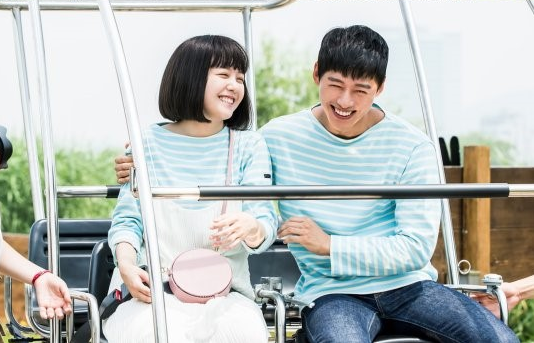 For the upcoming episode of the drama, Dante (Namgoong Min) and Kong Shim (Minah) will be going on a date together.

The two have been bickering a lot with each other in previous episodes, but Kong Shim and Dante finally confirm their love for each other and will go on their first official date to start off their relationship. 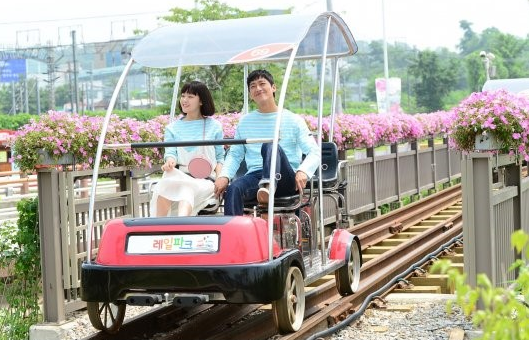 These preview photos were taken in late-June at a rail-bike park. Namgoong Min and Minah are wearing matching blue and white striped shirts, which matches well with the whole refreshing atmosphere.

According to the staff, the two seemed like actual couples as the director called “action,” and resumed fooling around with each other as soon as he shouted “cut.” When the cameras started rolling again, however, Minah and Namgoong Min went right back into relationship-mode and showed off their professionalism.

An affiliate of the drama stated, “Dante and Kong Shim have been through hardships but have finally started their first official date. Please keep watching to see if this date will lead them into a road of happiness or something unknown.”

Catch up to the latest episode on Viki: