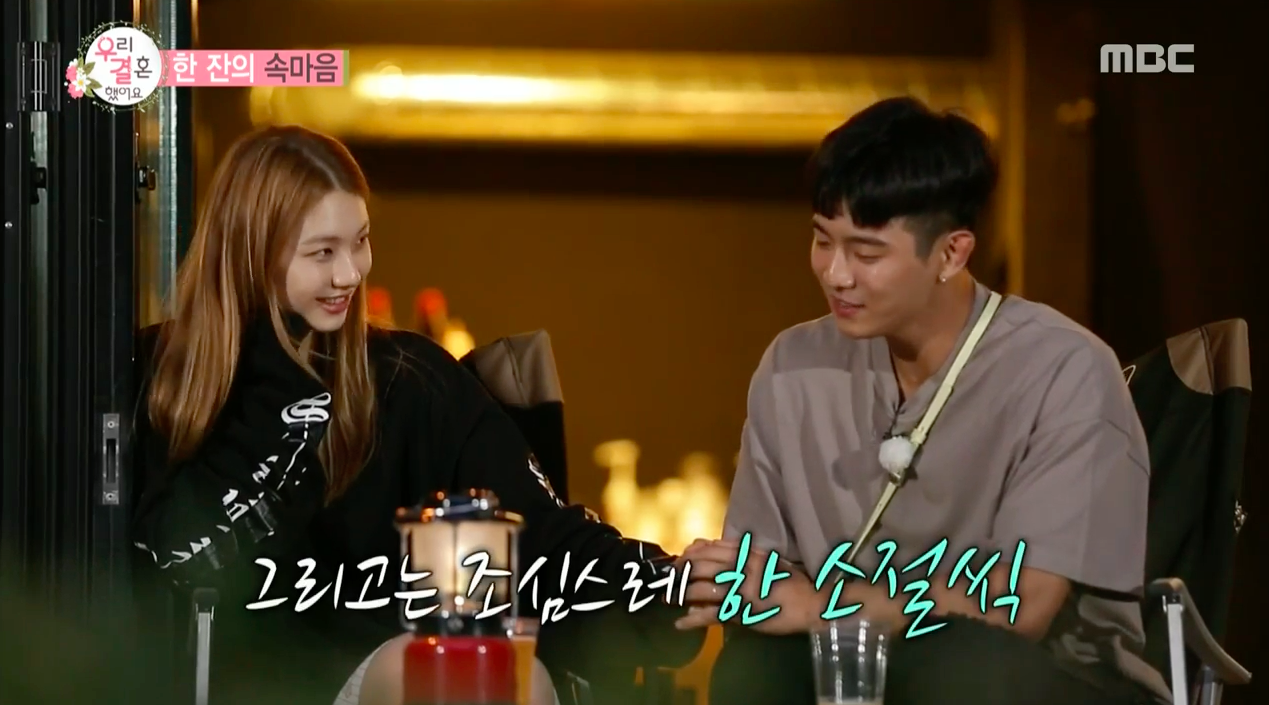 Watch: Jota Sings Kim Jin Kyung A Sweet Serenade On “We Got Married”

On July 2’s episode of “We Got Married,” virtual couple Jota of MADTOWN and model Kim Jin Kyung have a romantic moment while on a date together.

They stop at a bar in their neighborhood after settling into their newlywed home, and have a beer together. Kim Jin Kyung asks him what his honest first impression was of her, and Jota says, “I like you more now than I did then. Back then I just saw model Kim Jin Kyung, but now I see my wife. You seem more cute and more pretty now. I think we’re a lot closer now.”

Kim Jin Kyung says, “I feel like you always tell me that I’m doing a good job, no matter what I’m doing, like it’s a habit. At first I wondered why you were doing that when I was doing things I was bad at, and I thought maybe it was just empty talk. But since you do that in every situation, now I have more confidence in myself.” 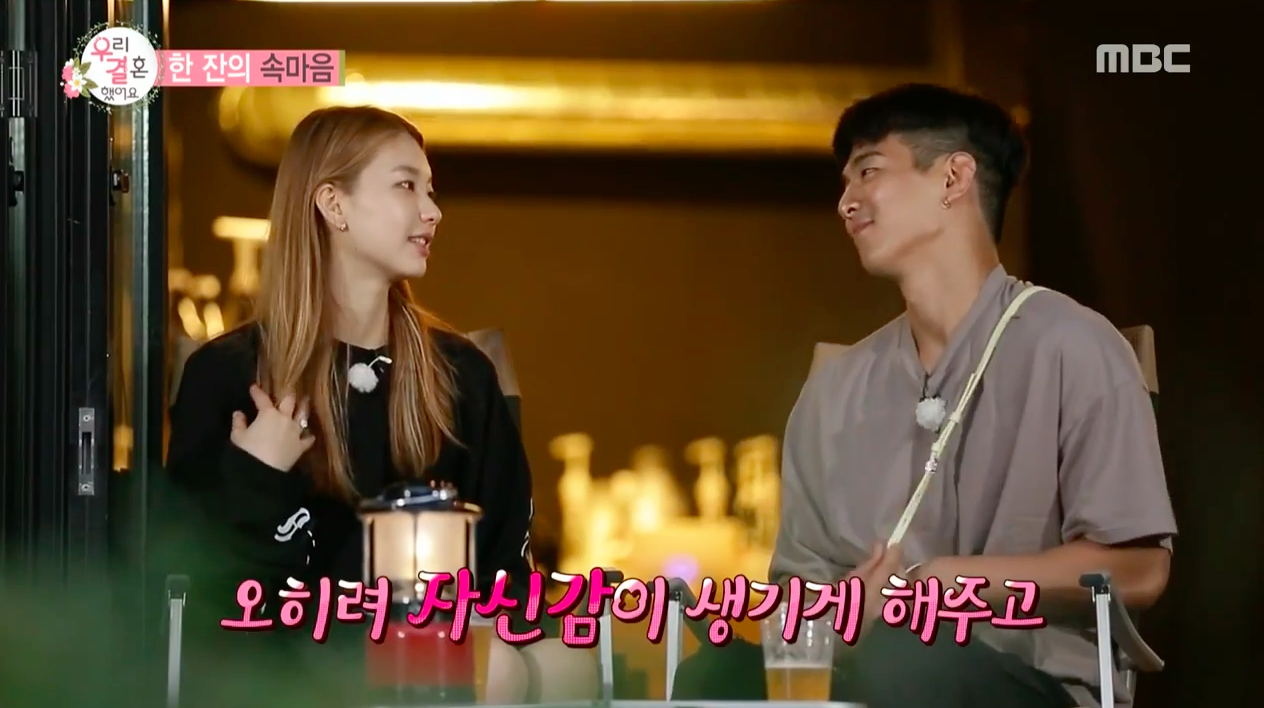 “I think that if you’re next to me, I can do anything!” she says with a laugh.

Jota smiles widely at her confession, and then reaches his hand up over head and says, “Shade!” Kim Jin Kyung and Jota both can’t stand the cheesiness of it, and Jota runs away. They laugh as Kim Jin Kyung says, “Come sit back here, I’ll pretend you didn’t say that!” 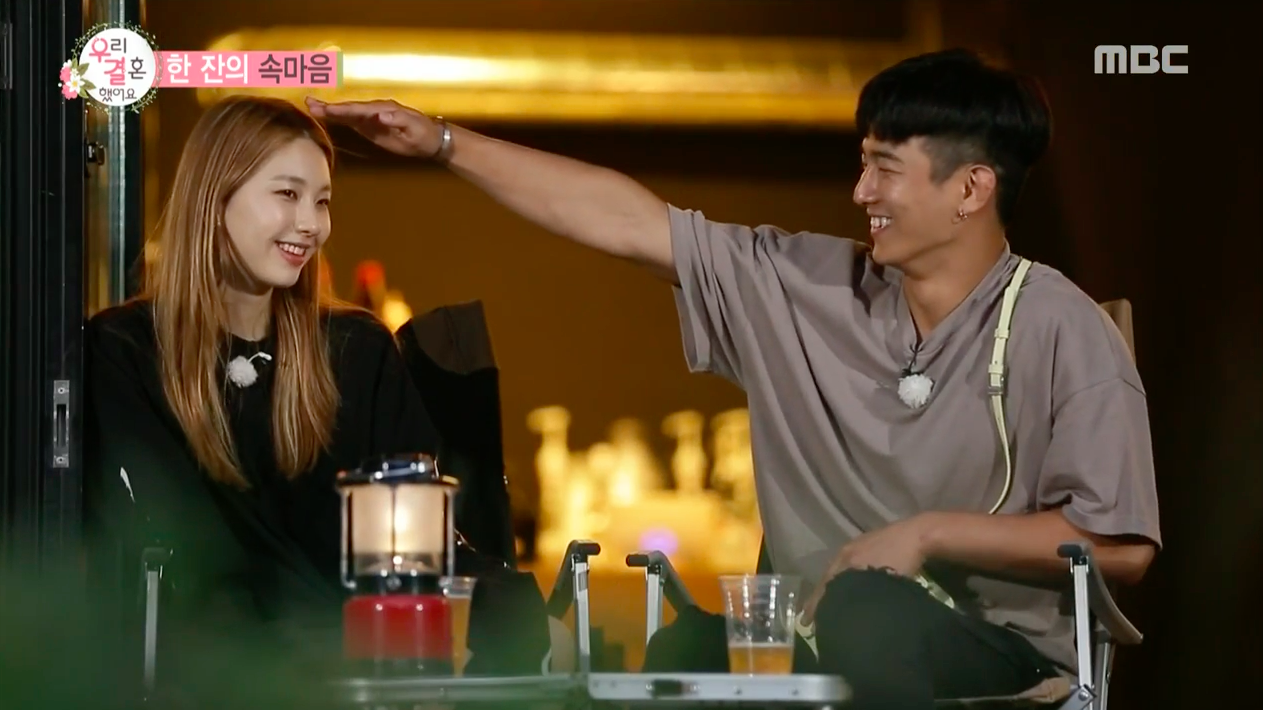 Jota then says he wants to sing her a song, which thrills Kim Jin Kyung. “It’s my first time singing to someone,” and Kim Jin Kyung says it’s her first time to listen like this too. “I’m more nervous than I am on stage!” he says, and then takes her hand before singing part of Sung Si Kyung’s “The Road To Me.” 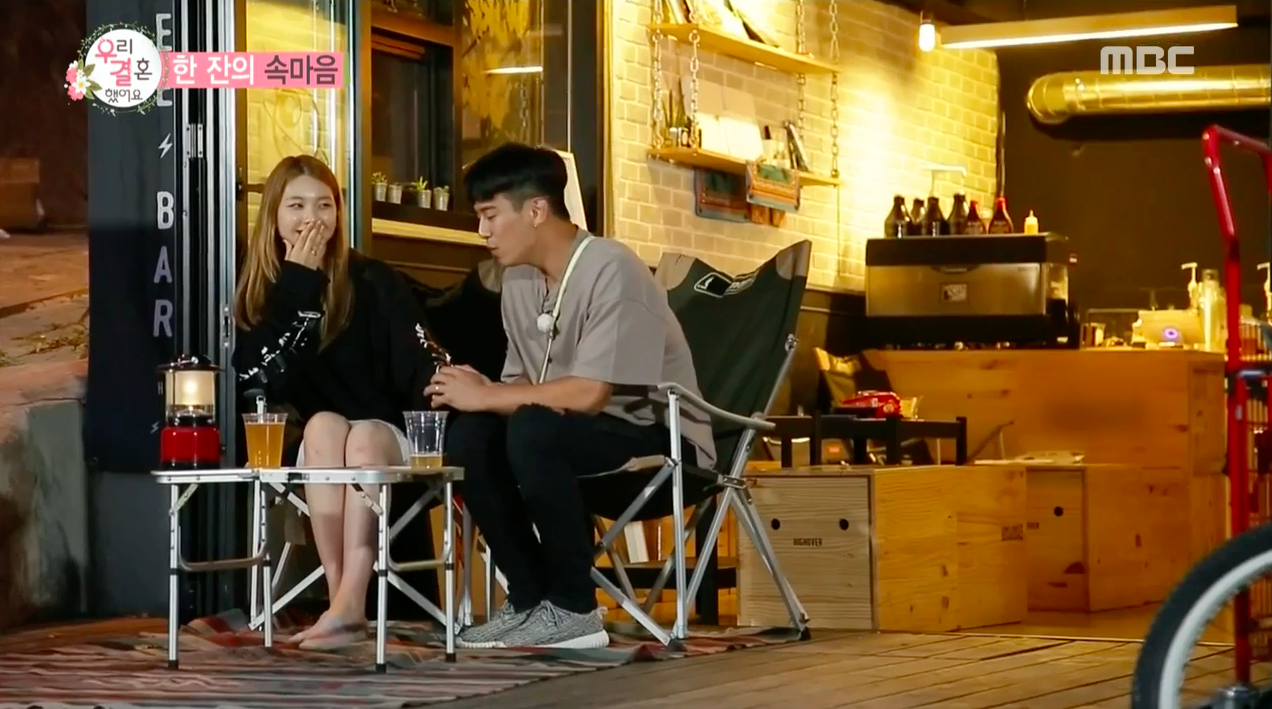 Watch the romantic scene in this week’s episode of “We Got Married” below!