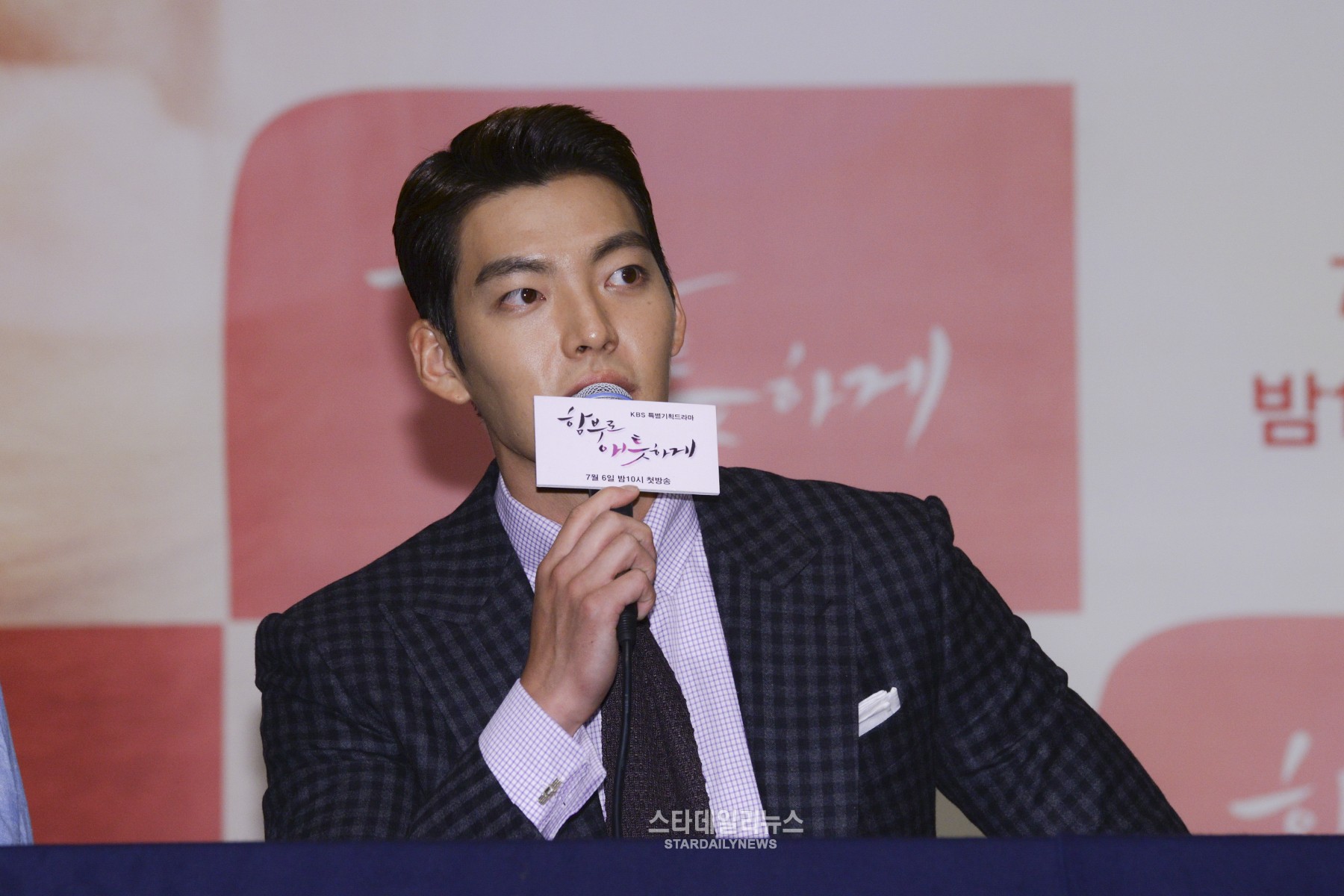 On July 4, a press conference was held for KBS 2TV’s new Wednesday-Thursday drama “Uncontrollably Fond,” where Kim Woo Bin spoke about competing with Lee Jong Suk and “W,” which will be airing during the same time slot.

He said, “Even this morning, I texted Lee Jong Suk that I was coming to a press conference and that I was nervous. [Lee Jong Suk] was hard at work on set. Jong Suk says everyone on the ‘W’ set is all about ‘Uncontrollably Fond.’” Kim Woo Bin continued, “It’s an honor to [compete] with a friend, and it’s not everyday that this happens, so we’re supporting each other.”

He also said that he gets support from both Shin Min Ah, his girlfriend, and Lee Min Ho, Suzy’s boyfriend. “Every time a teaser came out, [Shin Min Ah] would give me support. She’s very much looking forward to the drama. […] I’m also close with Lee Min Ho, and he contacts me to cheer me on as well.” 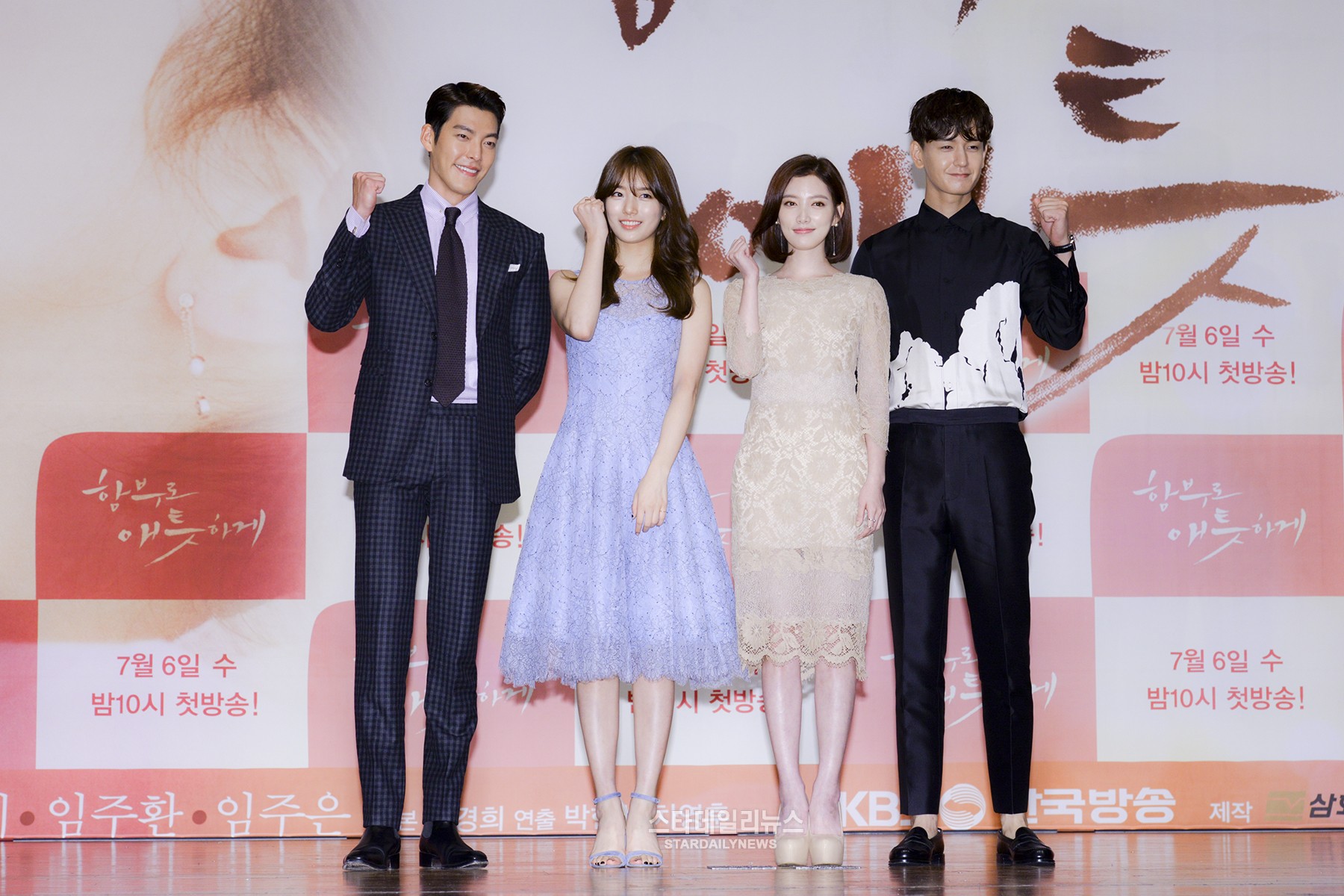