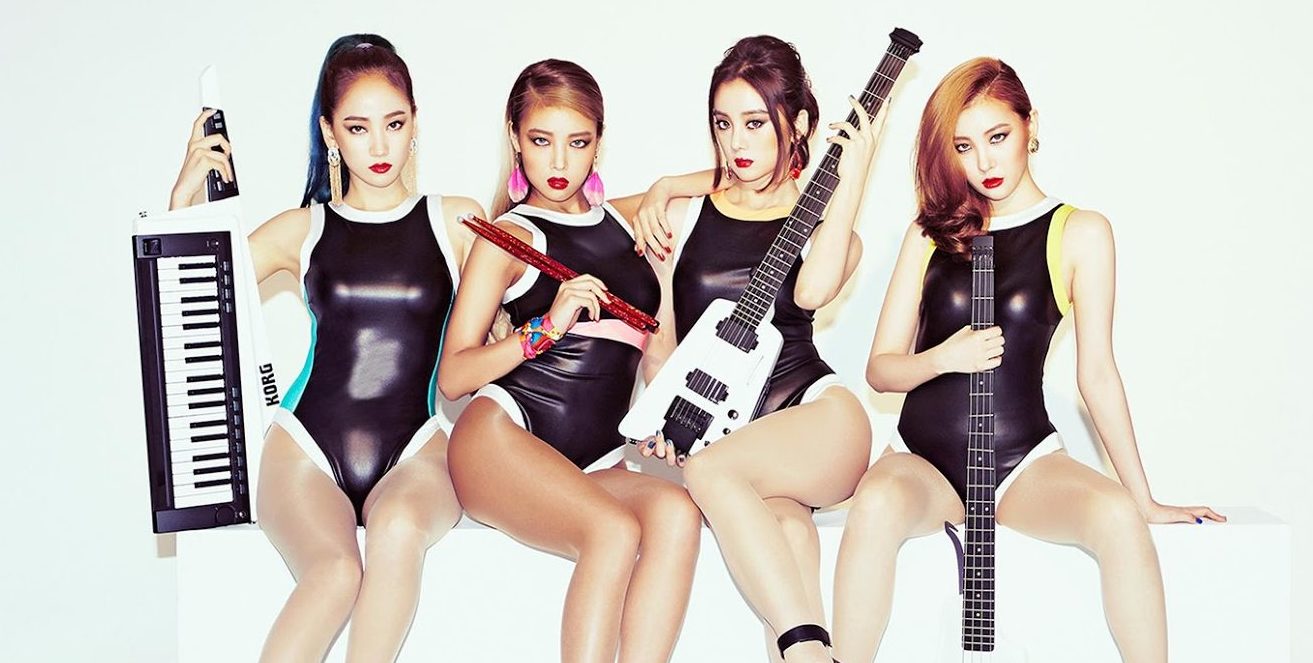 18 Of The Most Unique K-Pop Girl Group Concepts

We’ve seen girl groups as cheerleaders, school girls, and overall sexy women about as often as we’ve watched the second male lead lose the girl in a K-drama. So, when girl groups deviate from those concepts, it makes for quite a memorable comeback.

In no particular order, here are eighteen of those unique and memorable concepts.

1. Every After School Comeback Ever

The only way to begin a list like this is to start with After School, the arguable queens of creative concepts. When After School sets their mind on a concept, they go all the way and beyond. We’ve seen them excel countless times over the years, and they’re always raising the bar.

After School practiced playing the drums for months to deliver the instant classic “Bang!” in 2010.

Then, they tap danced into our hearts the very next year with “Let’s Step Up.”

Let’s not forget their 2013 comeback “First Love,” where the girls suffered through tons of bruises and injuries learning how to pole-dance to give us a comeback concept still unrivaled by any other group out there.

K-pop legends Wonder Girls re-entered the K-pop scene last year with “I Feel You,” an 80’s inspired comeback complete with matching visuals and instrument-wielding members. Even the music video felt like it was straight out of the 80’s.

Most recently, Wonder Girls delved a decade back in time to give us 70’s inspired “Why So Lonely.” The girls have found their niche, and they’re ready to deliver.

If you thought Oh My Girl was just another cute girl group, then you definitely need to check out their choreography for “Closer.” The top view of the girl group performing the song shows the girls mirroring zodiac signs in highly technical (and beautiful) choreography.

In a K-pop world full of cutesy girl groups, GI was like a breath of fresh air. They bypassed short skirts and sweet smiles for fierce glares and dark jeans, and “Beatles” was an instant testament to their unique potential.

Although the group now strays away from their original concept, this debut will still stand as one of the most iconic (albeit overlooked) ones out there.

5. Rebels in a Futuristic World

2NE1 is far from predictable. “Come Back Home” highlights their signature originality once again. In the music video, the ladies take to the streets to destroy the virtual world that Dara’s lover prefers over her. YG Entertainment’s Yang Hyun Suk himself even explained that the video parallels how people nowadays would rather stay on their cell phones than have an actual conversation with the people around them.

We definitely see the relation between 2NE1’s concept and real life, which is exactly why this comeback is so memorable.

It’s no surprise that an After School subgroup would be just as inventive with their concepts. Orange Caramel brought the classic “spot the difference” game to K-pop when they came back with “My Copycat” in 2014. It even added a “Where’s Waldo?” type of game toward the end, where you can try to find the Orange Caramel members along with comedian Jo Se Ho in huge crowds of people.

You really couldn’t escape Crayon Pop in 2013. “Bar Bar Bar” was everywhere — in variety shows, dramas, and even all over YouTube with dance covers. If you didn’t own a helmet before, you definitely went and bought one after hearing it.

The white helmets along with their uniquely energetic choreography catapulted the song to the top of music charts, and even had Billboard compare it to PSY’s “Gangnam Style.”

Props are great ways to liven a performance and instantly make a comeback memorable. The horizontal bar does just that in miss A’s “Hush” from 2013.

The girls don’t make the bar their crutch for the performance and often break away from it, but it’s a great highlight that makes the song unforgettable.

Orange Caramel is back on the list, this time for their portrayal of seafood in “Catellena.” Who thought seeing a girl group transform into various types of seafood would be so entertaining?

It’s a classic Orange Caramel concept, and it would be hard to imagine any other group trying to pull it off.

AOA took their song title “Like A Cat” quite literally when they worked in classic cat gestures for the song’s choreography. Not only does the quirky dance make the comeback that much more mesmerizing, but the music video even gives the girls an opportunity to play a group of clever catwomen.

No one will ever forget 4MINUTE’s iconic “Crazy” comeback. Maybe it’s the black bucket hats, the power of a Parris Goebel choreographed routine, or the fact that Billboard named it the “best K-pop girl group song released in 2015.”

Whatever it is, it’s a rare and original comeback that will continue to uphold 4MINUTE’s legacy in the K-pop world.

f(x) always strays away from overused concepts in favor of bringing something new to the table, which we clearly see in their “Red Light” comeback. The teasers for the comeback featured the members with makeup on half of their faces, while the music video showcased them in military outfits for a march-inspired dance.

Still not sure why pilot uniforms were the first outfit choice for a song about granting wishes. But hey, at least it gave us an interesting look for Girls’ Generation’s classic “Tell Me Your Wish (Genie).” Plus, who could forget the standout leg twist dance during the chorus?

14. Pippi Longstocking on an Assembly Line

Red Velvet doesn’t fit into any one box with their image or sound, but we can always expect them to dazzle us when they tackle something as bright and original as “Dumb Dumb.” Featuring the girls in colorful outfits and wacky Pippi Longstocking-inspired ponytails, this comeback was a unique one right from their initial teaser images.

If there were ever a time where you wondered what a K-pop and Hollywood crossover would be like, Brown Eyed Girls perfectly embodies it in the music video for their 2013 single “Kill Bill.”

The music video plays like a condensed version of the Quentin Tarantino film of the same name. Plus, the song itself has a super catchy, old western sound to it.

SISTAR gives us a new jam every summer. This year, they step away from their usual bright and fun-loving concepts to a more mature, elegant one. “I Like That” pairs the ladies with a sophisticated curtain dance along with flowy long skirts, making the song another summer standout.

“Galaxy” marks Ladies’ Code’s first comeback as a trio since the tragic loss of members EunB and RiSe in 2014. The song is a sultry and ethereal revamp of their former sound, and it blends elegance with mystery extremely well. Their subsequent mini album “Myst3ry” also gives us a refreshing sound that many girl groups have yet to tackle.

After a long break, Brave Girls finally reappeared in the K-pop scene earlier this year with “Deepened.” Not only do the girls sport some pretty fashionable workout clothes for the song, but they also motivate us to get our exercise game up when they turn slow squatting into a dance.

What’s your favorite girl group concept? Let us know in the comments below!