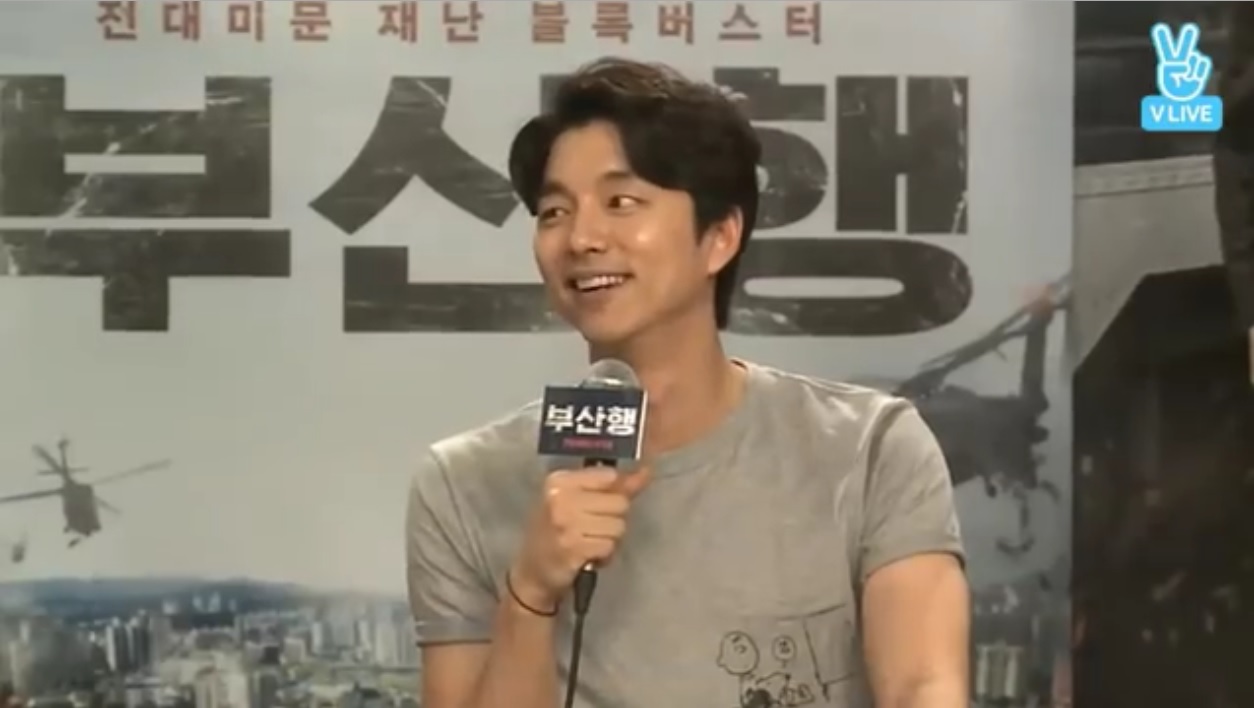 Actor Gong Yoo went on live broadcast to promote his upcoming film “Train to Busan” sporting shorts shorter than any of his co-stars’ outfits.

On July 5, the stars of “Train to Busan” held a live talk on V app to discuss their movie. In attendance were Gong Yoo, Ahn So Hee, Jung Yoo Mi, Choi Woo Shik, Ma Dong Seok, and Kim Soo Ahn.

During the interview, host Park Kyung Lim reads the real-time comments from viewers and says, “Yoo Mi’s outfit is beautiful, Soo Ahn is dressed up cutely, and So Hee is wearing a very pretty white dress, but all eyes seem to be on Gong Yoo’s legs. Many people are commenting about how your outfit is the shortest today,” cracking up all the members of the cast.

Gong Yoo jokes, “I wanted to look sexy. It’s even raining today. If it’s too much for the viewers, I can cover my knees.”

He adds, “If I cross my legs like this, my shorts go up too much on the side.”

Ma Dong Seok refuses and says, “I can’t because of my chest hair.”

Meanwhile, “Train to Busan” was screened at the 69th Cannes Film Festival in May and will be released in Korea in July.