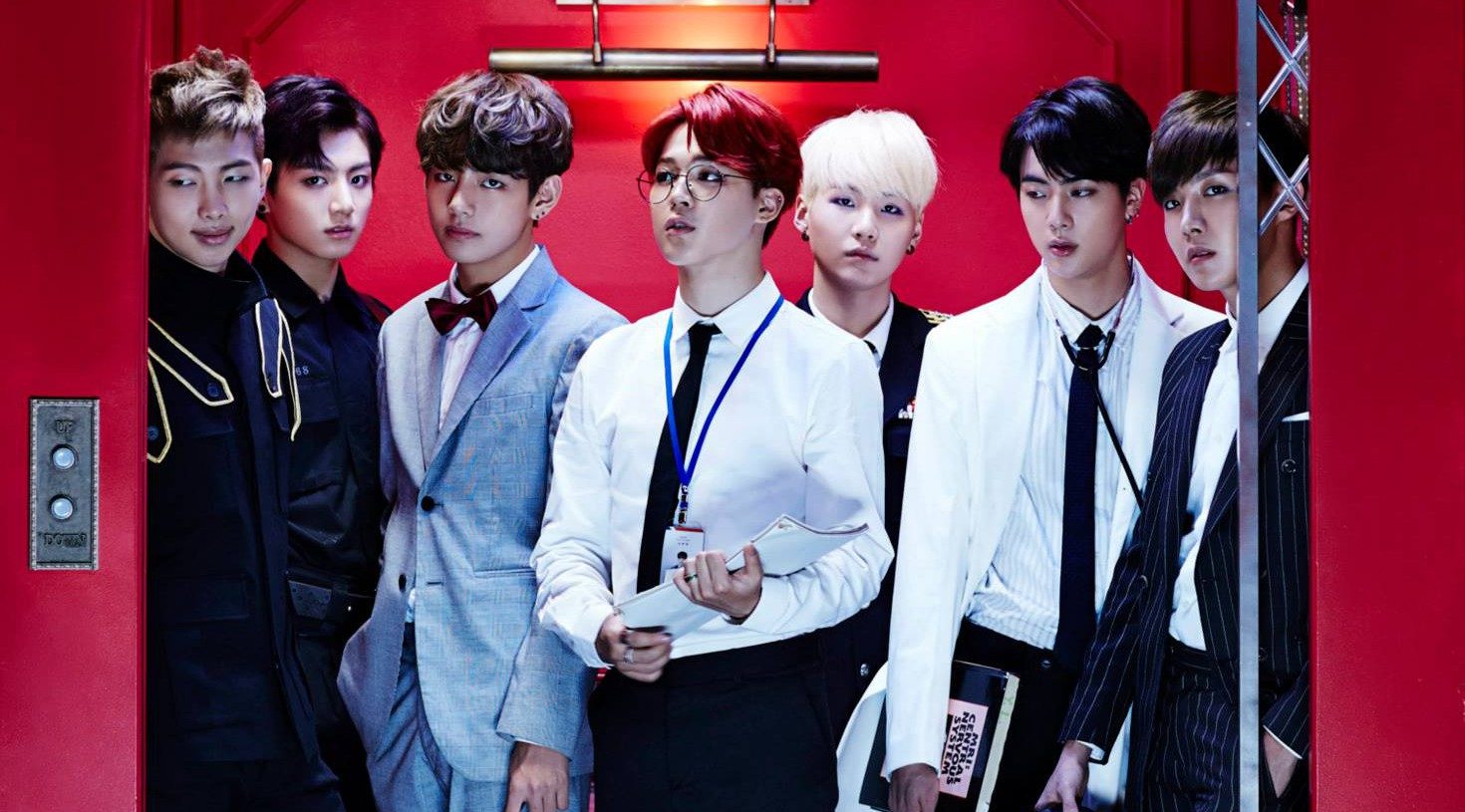 18 Of The Most Unique K-Pop Boy Group Concepts

We showcased a few unique concepts from girl groups last week. Now, it’s the boy groups’ turn. Here are eighteen unique boy group concepts (in no particular order) that stray away from the norm.

Admit it. We’ve all skipped the narration at the beginning of EXO’s debut music video at least once or twice. But when EXO first dropped the video in 2012, we watched the entire thing and awed at how much effort SM put into world-building the group’s alternate universe.

Although EXO’s celestial “powers” made the members a bit embarrassed to show off on variety shows, it was a concept we hadn’t seen before their debut. The intro chants along with the ominous robes instantly set EXO apart and made their debut one of the easiest to recognize.

VIXX is always great with dark concepts. “Error” is no different. Not only does the music video rip your heart out with its tragic story, but it also shows the VIXX boys as pretty realistic cyborgs. 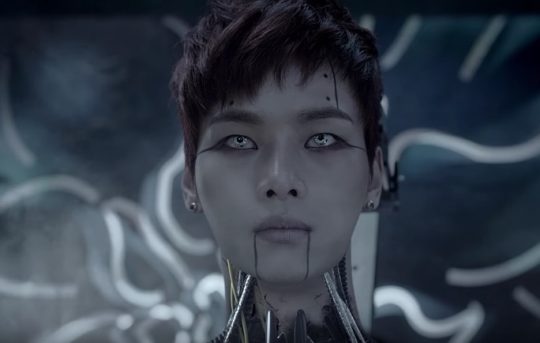 The choreography even works in the idea of moving as a robot. Check the music video out below, if you haven’t already.

We don’t give SPEED nearly enough credit for dancing in Heelys for their single “What U” from last year. And we should. Because it’s amazing.

Watch how easily they switch from their regular choreography to gliding around on one wheel at the heel of their shoes in the dance practice for “What U” below.

SPEED really deserves all the awards for this, because who can actually skate with those Heely contraptions as fluidly as they can? (If you’re wondering, the answer is no one.)

VIXX is back on the list with their “hyde” concept, where the members take on the alternate personalities of literary characters Dr. Jekyll and Mr. Hyde.

What’s definitely worth noting here is the choreography. Not only do their white and black outfits contrast the classic “good vs. evil” conflict, but the choreography does, too. The bad, “Mr. Hyde” side of the members hides behind the good, “Dr. Jekyll” side, and the dark alter ego continuously peeks out to contradict everything the good side sings in the song.

This dance will always amaze you, no matter how many times you watch it.

Remember when GOT7 released this anthem last summer and reminded us to love ourselves? The tune is as important and iconic now as it was last year, and it’ll stay that way for the rest of eternity.

Plus, the music video turned GOT7 into tiny idols swimming in candy and riding in toy cars. 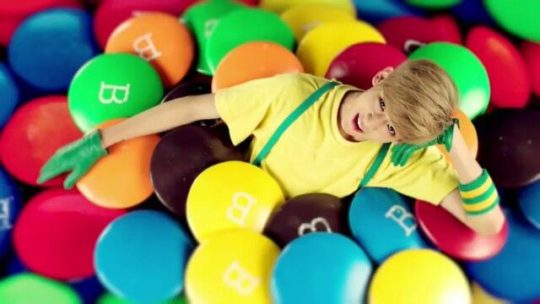 And it’s pretty hard to forget a concept like that.

With as many groups out as there are right now, it can be difficult to come out with a concept we haven’t seen before. But ASTRO does just that in their music video for “Breathless.”

In it, the boys are bottles of soda on the beach. A girl picks the bottles up and puts them all in her cooler. The music video symbolizes the members of ASTRO as those bottles of soda traveling around with her.

ToppDogg stepped right into the 90s when they dropped the underrated gem “Annie” back in 2014. The boys even adopt the baggy pants and energetic dance moves that made the decade so iconic. Then, to make it their own, they break out vinyl records and add it as highlight points to their choreography.

It’s a shame this one is so underrated. See what you’ve been missing out on when you watch the music video above.

8. A trilogy on youth

While we all know and love BTS for releasing “Dope” in Village People-esque uniforms, their courage to address issues facing youth in their music is one of their most defining characteristics. Instead of relying solely on themes of love like most groups, BTS creates meaningful lyrics surrounding youth and the pressure of societal ideals — a factor that’s played a large part in their success.

Check out “EPILOGUE: Young Forever” below.

9. All blond at debut

Usually, when a K-pop group debuts, at least two or three members are rocking significantly different hairstyles to make learning their names a little easier. But with all six members of B.A.P sporting blond hair in their debut music video, they were definitely the exception.

Remember all the “I like the blond one” jokes that spurred because of this? 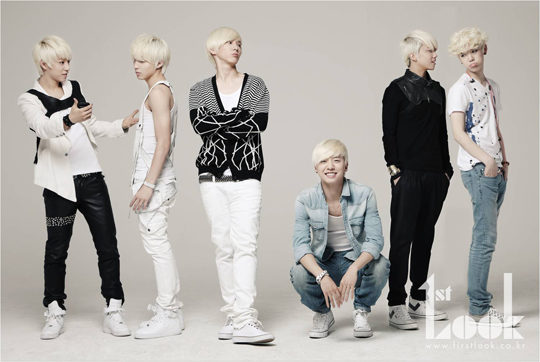 But hey, at least you’ll never get B.A.P’s debut confused with another group’s.

10. Everything about “Fantastic Baby”

Really, though. What exactly was the thought process behind the music video for this one? “Fantastic Baby” is all over the place, from G-Dragon’s super long hair and T.O.P’s glamour shots to all of the furry things dancing around BIGBANG for no apparent reason.

But it’s because the music video’s so crazy that we’ll never forget it, and we’ll keep singing along every single year they perform it at the Mnet Asian Music Awards.

Admittedly, VROMANCE just debuted a couple of days ago, but we can’t deny that they’re bringing something new to the K-pop world that we haven’t seen in many current groups. And it doesn’t hurt that they’re MAMAMOO’s brother group, either.

With their sweet and funky sound, VROMANCE is one rookie group we can’t wait to see more of. Check out their debut music video “She” below.

At first glance, this one may seem like your average cute concept for a fresh-out-the-gate boy group. But once you watch Boyfriend’s dance practice for their insanely catchy debut “Boyfriend,” you’ll understand how unique this one is.

Boyfriend have since grown out of their cute phase, but we’ll always treasure the time they were our adorable boyfriends.

Honestly, when will we ever see another group perform a dance move as unique as SHINee’s human plane in “Everybody”?

One thing you can never say about SHINee is that they aren’t inventive. Whether they’re long-haired angels like in “Ring Ding Dong,” wearing large circular black hats for “Symptoms,” or just drawing inspiration from classic literature like in “Sherlock,” we can count on SHINee to give us something we’ve never seen before.

Re-live their “Everybody” era by watching the music video below.

Definitely one of Super Junior’s most entertaining music videos, “Mamacita” takes a hilarious approach at a comeback concept and puts the men in a wild western town. The tune couples that old western sound with outfits to match, leaving us with another timeless Super Junior hit.

There’s something inherently attractive about a boy group when they trade the outlandish stage outfits for clothes that are more subdued and manly. But it takes boy groups a few years to reach the right age to pull it off. Luckily, 2PM has reached it, and they’ve tackled it brilliantly in recent years.

But the grown and sexy concept isn’t exclusive. Other boy groups have done it, too. It’s just not nearly as overused as the bad boy and school kid concepts. Check out BEAST’s angle on the concept in the “Gotta Go To Work” music video below.

TVXQ never fails to show us exactly why they’re veterans in the K-pop scene. “Spellbound” takes the two gentleman into a sophisticated take on the lavish, high-stakes lifestyle.

Granted, circus related concepts are seen relatively often in the K-pop world, but Block B specializes in making it their own. They’ve always been a group that tackles the hip-hop sound differently, and they’ve never needed to wear jerseys and huge chains to make their sound authentic.

Block B is unique in both sound and overall concept, and we definitely see that in the music videos for “Jackpot,” “Very Good,” and “HER.”

It’s always fun when our favorite idols step out of their groups and hang out with idols from other ones. Big Byung is the best example of that. VIXX’s N and Hyuk joined GOT7’s Jackson and BTOB’s Yook Sungjae to create Big Byung back in 2014, and we’ll always laugh at the funny lyrics in their debut song.

Plus, how can we not love Big Byung when they dance like this?

What’s your favorite boy group concept? Let us know in the comments below!