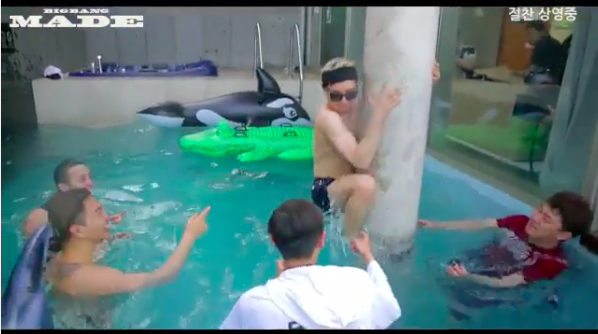 On July 7, Taeyang uploaded a blooper reel of BIGBANG’s movie, “BIGBANG MADE” to his personal Instagram account. The caption to his post reads, “BIGBANG THE MOVIE NG CUT #letsgo100,000 #seungrishowerscene #revealed.”

The video shows a short contemplation of behind the scenes clips of the boys fooling around and making mistakes while filming the movie. The members slip and slide, trip, choke on coffee, and get stuffed into the back of a car trunk. The blooper reel is enough to make viewers curious for what the full motion picture has in store.

“BIGBANG MADE” premiered in South Korean theaters on June 30.

BIGBANG
BIGBANG MADE
How does this article make you feel?