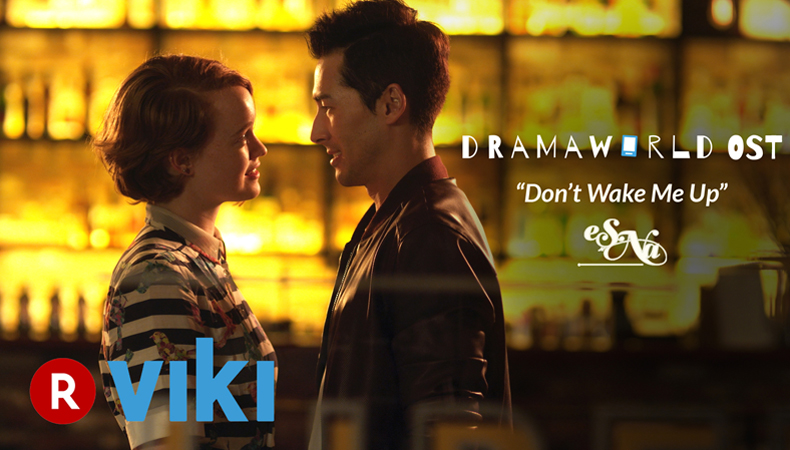 Exclusive Debut: Jump Into “Dramaworld” With “Don’t Wake Me Up” OST and Music Video

From the web drama that fulfills every K-drama fan’s fantasy comes the original soundtrack song “Don’t Wake Me Up,” sung by the talented singer-songwriter eSNa.

“Dramaworld” is a 2016 Viki original series that tells the story of Claire Duncan (Liv Hewson), a 20-year-old college student who finds her real life boring. She is a huge K-drama fan, currently obsessed with “Taste of Love,” which stars her favorite actor Joon Park (Sean Dulake).

Claire’s desire to shed her own boring life and live in the world of “Taste of Love” comes true when she is magically transported into her favorite drama and meets the one and only Joon Park. But the exciting world of K-dramas may be too much for Claire to handle when she finds the fate of this “Dramaworld” in her hands.

“Don’t Wake Me Up” is written by eSNa, conveying the wistful and heartfelt desire of the heroine to stay in “Dramaworld.” eSNa has numerous songs to her credit, including the chart-topping single “Some,” sung by Junggigo and SISTAR’s Soyou. She has also worked with other top K-pop acts such as Wheesung, Gummy, and MAMAMOO.

The music video for “Don’t Wake Me Up” has also been released, featuring heart-tugging and pivotal scenes from “Dramaworld.” Watch the music video below, whether to relive “Dramaworld” all over again or to fall into it for the first time. You can watch the entire series exclusively at Viki!

Soompi Spotlight
Esna
Dramaworld
How does this article make you feel?