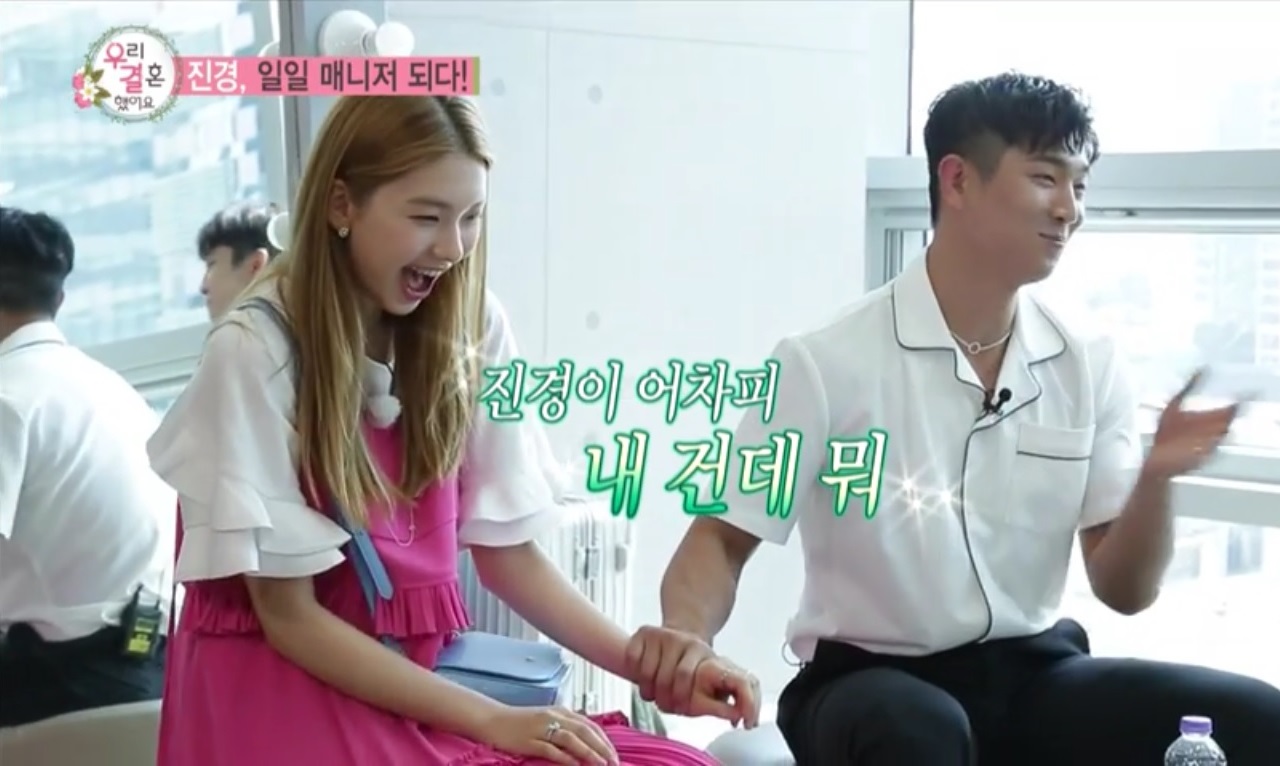 MADTOWN’s Jota isn’t afraid to proudly show his affection for his “We Got Married” wife, Kim Jin Kyung, in front of his members.

On the July 9 episode of the MBC show, Kim Jin Kyung pays a surprise visit to the idol group during their comeback.

While MADTOWN was expecting a new manager to come in, they instead spot the model nervously entering their waiting room with lunchboxes she prepared herself.

Although he is surprised at first, Jota is eventually unable to hide his happiness when he sees her beaming at him.

In an interview, he states, “I was shocked. We didn’t have a manager then so I was going to get up and greet the new one, but to my surprise I saw her instead.” 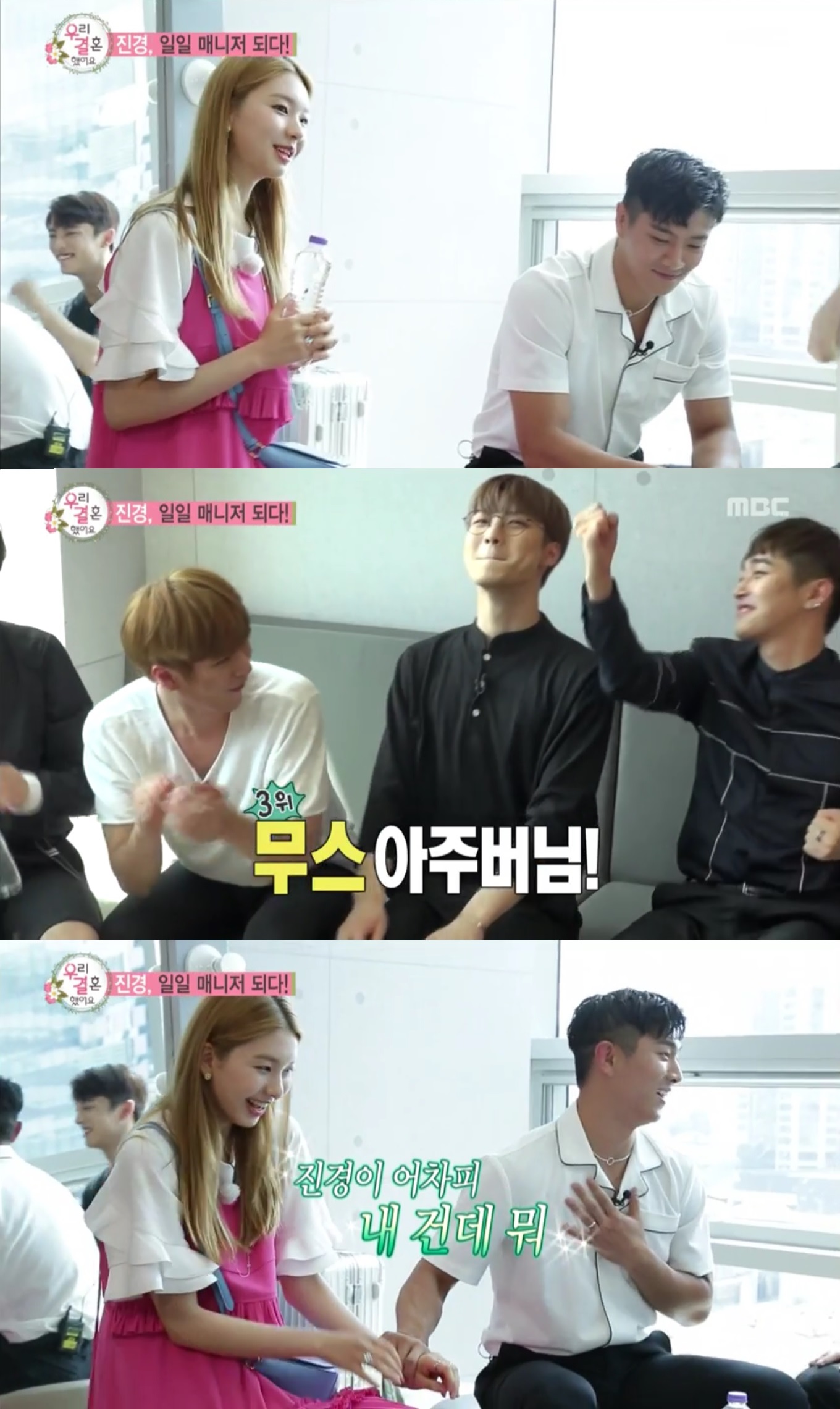 Once she gets settled, the MADTOWN members egg Kim Jin Kyung on to rank them by looks. She complies and names Lee Geon, not Jota, for first place.

Lee Geon comments, “Maybe she’s going to say something like he’s number zero in her heart.”

Jota doesn’t look happy about the ranking, but he says, “The order doesn’t matter. She’s mine anyway,” as he reaches out to hold Kim Jin Kyung’s arm.

He later expresses his disappointment in an interview, saying, “I thought I would be first place for sure. I don’t acknowledge the validity of that ranking. Of course it should me, objectively speaking. I would date me if I were a woman.”

Kim Jin Kyung shares, “What’s disappointing is that I actually was going to say he was rank zero in my heart, but I didn’t because Lee Geon said it before I could. Jota must have been more upset because of that.”

Watch the cut below!

Madtown
kim jin kyung
Jota
We Got Married
Lee Geon
How does this article make you feel?