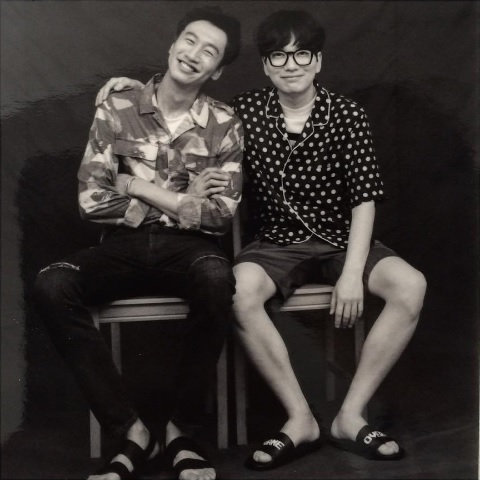 The warm friendship between the two actors is conveyed through the black-and-white image, which Lee Dong Hwi posted with the caption, “Dear my friend,” as a reference to tvN drama “Dear My Friends,” which Lee Kwang Soo appears in.

The two friends are confirmed members of the ensemble headlining tvN’s upcoming U.S. series remake of “Entourage,” a drama about the everyday lives of men in the entertainment industry, which also stars Seo Kang Joon, Park Jung Min, Jo Jin Woong, Ahn So Hee, and Kim Hye In.

“Entourage” has begun filming and will be a fully pre-produced drama.