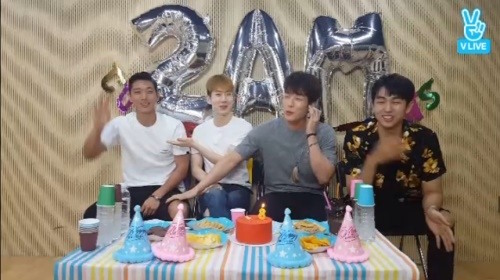 2AM Reunites To Hold V App Broadcast For 8th Anniversary

On July 10, all four 2AM members reunited to hold a V App broadcast entitled “Homecoming Day” in commemoration of their eighth anniversary since debut.

When Jeong Jinwoon introduces himself as the maknae, Jo Kwon notes, “Our maknae is 26,” highlighting just how much time has passed.

The members also catch up with one another and bring fans up to speed on how their individual activities have been going. 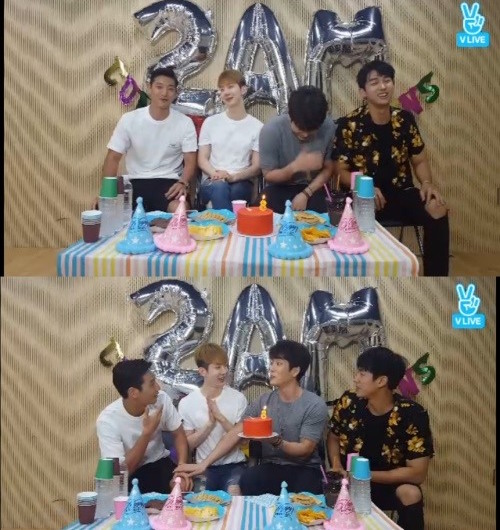 “What is it like doing solo activities after being in a four-member team,” Lee Changmin asks. Jo Kwon responds, “The loneliness and stuff like that hit me during my downtime especially since I have a lot more hoobaes now.”

Jeon Jinwoon chimes in, “It’s gotten even more crowded for me since my solo album features a band.” 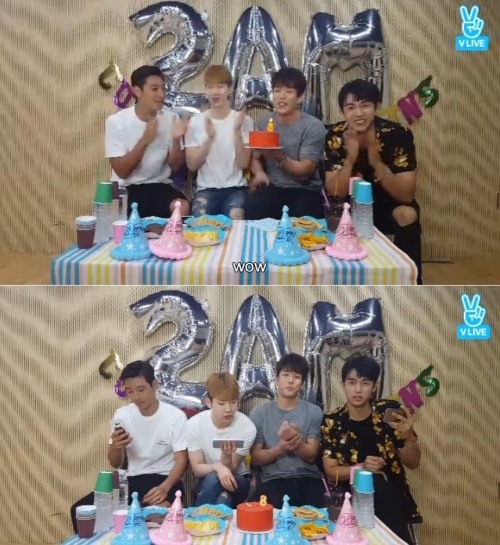 Jeong Jinwoon
2AM
Changmin
Jo Kwon
Im Seulong
How does this article make you feel?