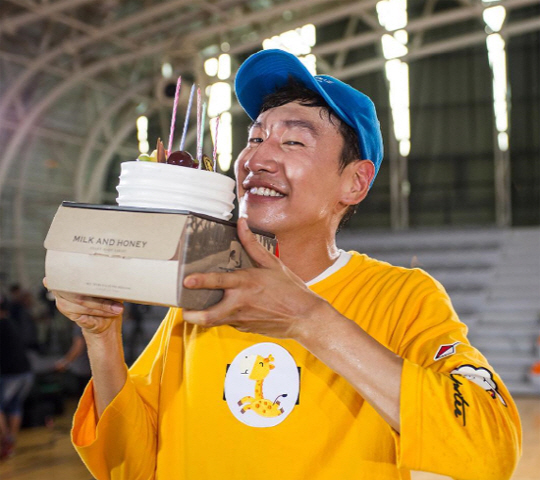 On July 14, the show posted to its official Instagram a photo of Lee Kwang Soo cheesing while holding his birthday cake up against his face. It looks like the photo was taken literally in the middle of shooting as Lee Kwang Soo is drenched in sweat. “Kwang Soo, happy birthday,” the caption reads.

When not filming for “Running Man,” Lee Kwang Soo is shooting his latest project, “Entourage Korea,” a drama based on HBO television series “Entourage.”

You can catch Lee Kwang Soo in the latest episode of “Running Man” on Viki below!