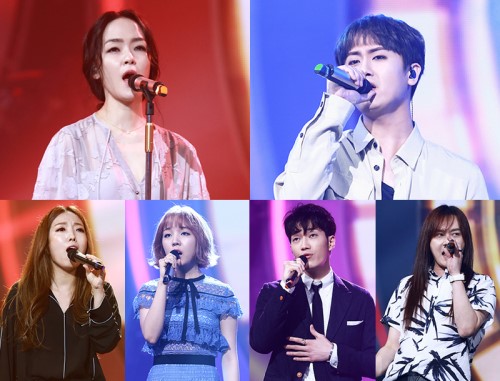 Kim Kyung Ho and Han Byung Ho performed Ailee’s “Don’t Touch Me” next and was one point away from beating Jung In and Choi Hyo In. Last up was Kim Yoona and Chae Bo Hoon who sang Yang Hee Eun’s “About the Loneliness of Love” and won with 441 points. This marks their third win. Unfortunately, the pair will be not be appearing in next week’s episode due to Kim Yoona having to prepare for an album. Hopefully they will return to the show in the near future.

Watch their performances and let us know which one was your favorite!