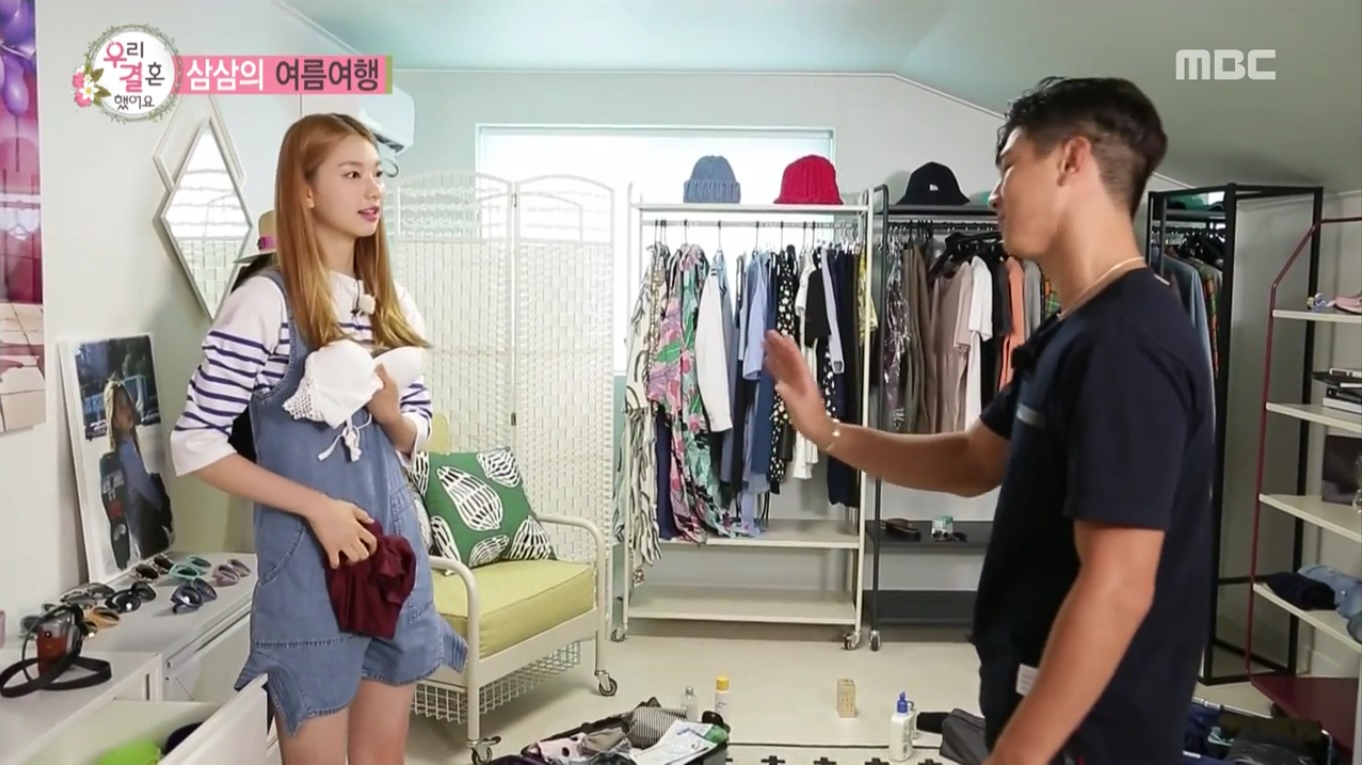 Watch: MADTOWN’s Jota And Kim Jin Kyung Playfully Argue About Bikinis On “We Got Married”

Model and actress Kim Jin Kyung bickers about skin exposure with her “We Got Married” husband, Jota from MADTOWN.

On the July 16 episode of the MBC program, the couple prepares to go out and enjoy the summer holidays.

Kim Jin Kyung playfully shows Jota her bikinis and asks his opinion on which to wear to the beach, while Jota bashfully attempts to discourage her from exposing too much skin.

Acting like a conservative husband, he suggests, “These days..there’s..like.. longer ones right? How about a rashguard?”

When Kim Jin Kyung doesn’t back down, Jota brings out his swimming shorts and says he intends to not wear a top.

This works up Kim Jin Kyung, who retorts, “No, you should wear a top. Since we’re a couple, our level of skin exposure should be balanced.”

Jota stubbornly insists on going topless, but bursts into laughter when Kim Jin Kyung suggests, “Then should I only wear a bottom too?”

During the episode, the adorable couple also play a game where one of them plays king while the other follows orders.

Watch their hilarious argument below!