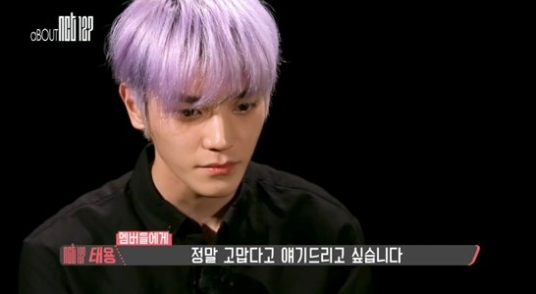 NCT’s Taeyong has taken the opportunity to apologize again for his previous actions.

On July 15, NCT starred in the first episode of their show “NCT Life: Pep Rally” to share a behind-the-scenes look at the lead up to the debut of their new sub-unit NCT 127, and talk about themselves and their fellow members in private interviews.

In this episode, NCT 127 leader Taeyong says in his interview, “I think a lot about what I should do. Before I debuted, when I was young, I did many things that I regret and that I’m embarrassed about.” Taeyong was surrounded by controversy prior to his debut when it was discovered that he had conducted scams on online trading sites when he was in middle school.

“I still can’t think about anything else but that,” Taeyong adds. “My head is just full of thoughts about it.”

Taeyong goes on to say, “I should have said this earlier, but I was very immature, and didn’t think things through. I want to sincerely apologize to those that I hurt when I wasn’t trying to understand other people.”

“In the future, I have to do better,” he says, as he begins to cry. “I have to do better so that I can be more confident and honorable in front of the other members who trust in me and like me. I think that’s what I definitely have to do.”

He then puts his head in his hands, before he collects himself and thanks fans for liking him even when he says it must have been hard to do so, and thanks his members for understanding him. 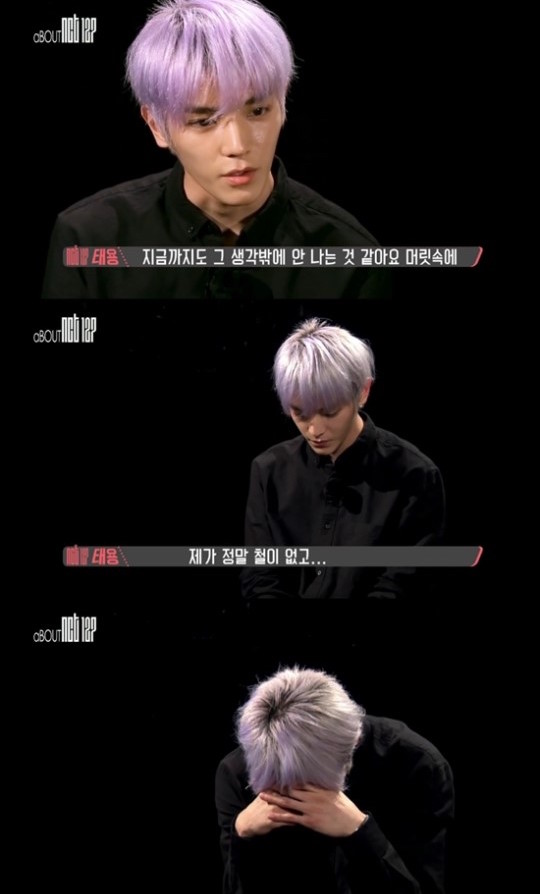 Support the artist by buying NCT #127 from YesAsia
NCT
taeyong
NCT 127
How does this article make you feel?