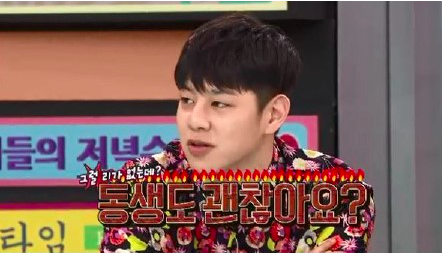 Woo Taewoon Thinks He Is Better Looking Than Brother Zico

On July 19, the second episode of MBC every1’s “Video Star” will feature “Oppas who live in Gangnam,” consisting of guests who are residents of the Gangnam area in Seoul. Model Joo Woo Jae, rapper Woo Taewoon, comedian Lee Sang Joon, and Kangnam (who does not live in Gangnam) appear as guests. Woo Taewoon, who makes his first variety appearance after “Show Me the Money 5,” actively shares his experiences and thoughts on the talkshow.

In addition to stating that he is “a little upset” over his elimination on “Show Me the Money 5,” Woo Taewoon reveals for the first time that current Block B members Zico, Park Kyung, P.O, WINNER member Song Mino, and himself were originally trainees to debut as Block B.

The studio turns to commenting on Woo Taewoon and Zico’s good looks. Park So Hyun states, “I’ve seen Zico, but Woo Taewoon is a lot cuter and better looking. He is also tall and slim.” MC Park Na Rae and Kim Sook comment that the family has superior genes.

Woo Taewoon does not acknowledge the compliments about Zico’s good looks and shows confidence in his own, generating laughter in the studio. When MC Park Na Rae asks if Woo Taewoon thinks he is better looking than his brother, Woo Taewoon responds, “I have the better face.” 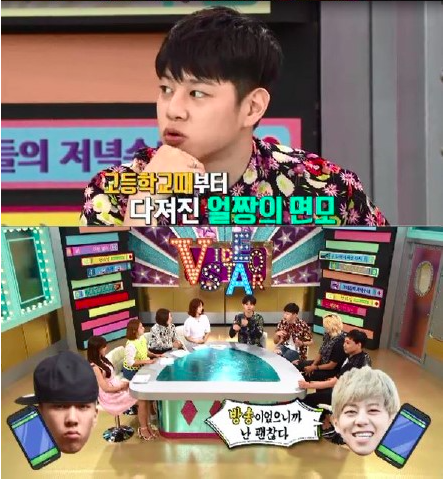 Woo Taewoon
Video Star
How does this article make you feel?