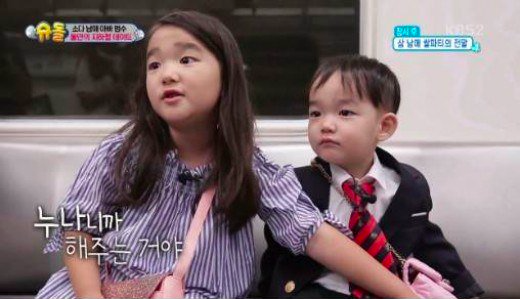 On the July 17 episode of KBS2’s “The Return of Superman,” So Eul and Da Eul were on a mission to meet their father, Lee Beom Soo, by utilizing the subway.

With So Eul taking the lead, the siblings adhered to all subway etiquette. So Eul taught her brother to wait for passengers to exit the train before boarding and made sure Da Eul’s feet did not get stuck in the space between the train and platform. 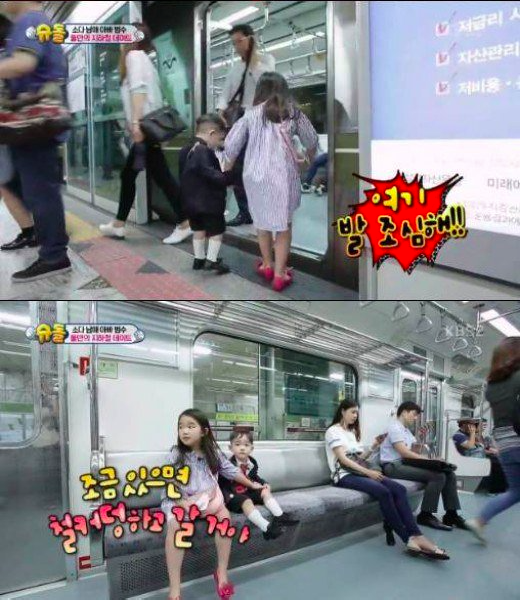 So Eul truly shined as the big sister while looking after Da Eul. She joked around with her younger brother to prevent him from getting nervous on the subway and protected him when the train bounced up and down. Thanks to his sister, Da Eul even fell asleep during their ride.

When Da Eul said he was hungry, the siblings responsibly use the allowance their mother gave them to buy snacks. When a subway train passed by while eating, So Eul assured her brother by saying, “There will be another train, so we can take our time.”

So Eul stayed calm and collected through the end, even when she thought she lost her transit card. She told herself, “Calmly, Lee So Eul” and succeeded in finding her card. 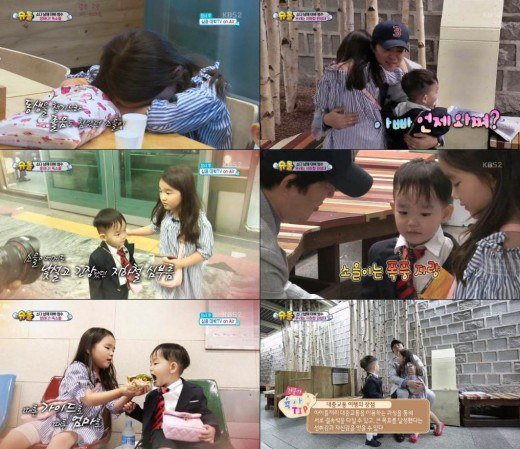 In front her father, Lee Beom Soo, So Eul was able to take a break from being the mature older sister and returned to being a six-year-old. She even fell asleep at the restaurant. Lee Beom Soo told his son, “Your sister kept herself from falling asleep because she was taking care of you.” Da Eul whispered, “I love you, noona.”

The Return of Superman
Lee So Eul
How does this article make you feel?