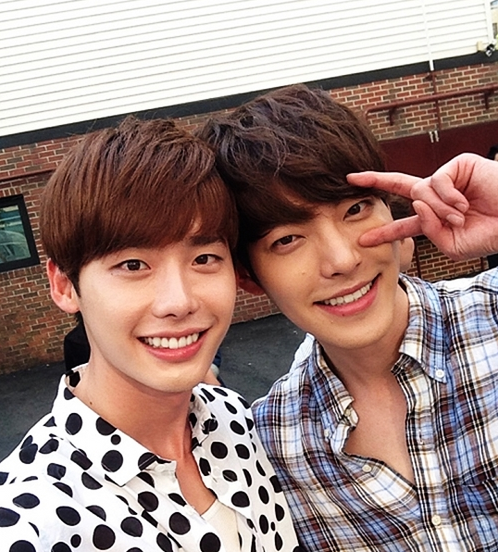 During the press conference for the new drama “W” on July 18, actor Lee Jong Suk talked about having to compete with his friend Kim Woo Bin, who is starring in the drama “Uncontrollably Fond” that airs in the same time slot as “W.”

Lee Jong Suk says there is no sense of competition between him and his best friend, saying, “We are known to be best friends and we happen to star in dramas that air at the same time. Before being cast in ‘W,’ Kim Woo Bin asked me to make a cameo on ‘Uncontrollably Fond.’ But I couldn’t because of the overlapping air time. We maintain a symbiotic relationship. Rather then competing, we’re cheering each other on and wanting to have dinner together some time.”