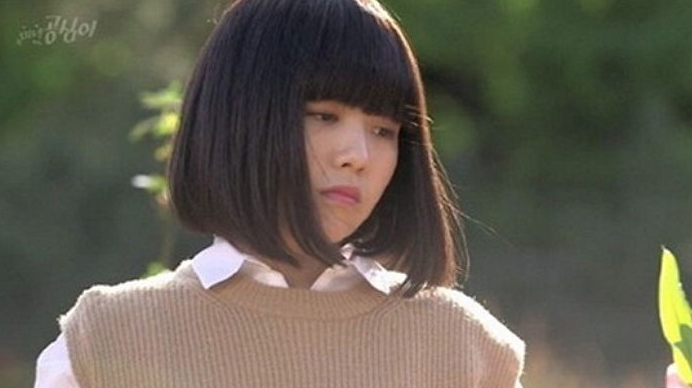 Girls’ Day Minah Reacts To Being Called A G-Dragon Lookalike

When Girls’ Day member Minah heard comments that she looked similar to BIGBANG’s G-Dragon, the singer and actress reacted by saying she liked it.

On July 19, Minah had an interview about her SBS drama, “Dear Fair Lady Kong Shim,” which was when she heard how people thought she looked like G-Dragon. “At the moment, it is worrying,” she responded.

But she also added, “He’s a hot star with world recognition, so I like it. And because I’ve heard comments like this way before my debut, it’s not something that’s surprising.”

In hopes that G-Dragon would not be bothered by it, Minah stated, “I don’t really know how I should accept these comments, so it’s a little difficult. But since he has a pretty boy image I decided to interpret it as a compliment that I’m also pretty.”

Currently Minah is starring in the drama “Dear Fair Lady Kong Shim” as the main character and has been receiving lots of love for her amazing acting on the show.

Do you agree with the comments?

Be sure to check out the first episode of “Dear Fair Lady Kong Shim” below!