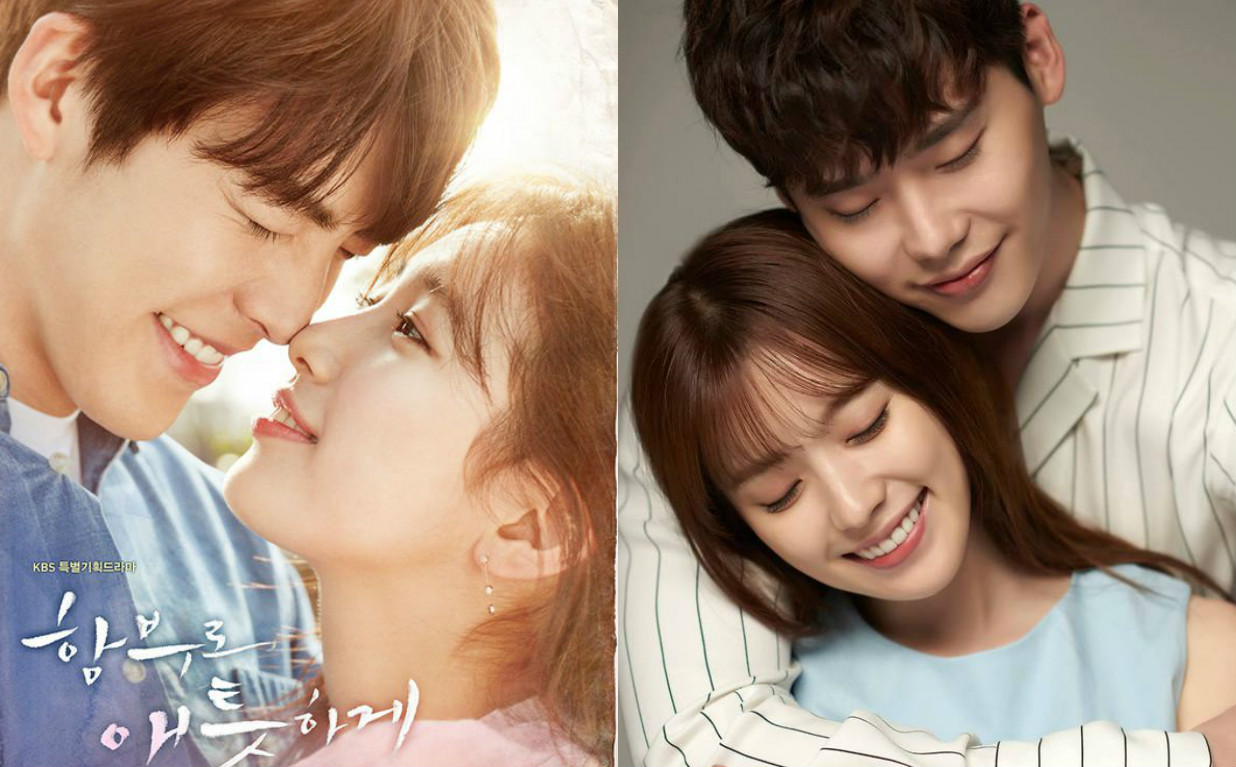 “W” And “Uncontrollably Fond” Battle It Out For Wednesday-Thursday Ratings

Known for being “Famous Besties,” Kim Woo Bin and Lee Jong Suk are going head to head for ratings as both of their dramas are currently airing on Wednesday and Thursday. On this week’s ratings, “Uncontrollably Fond” made it to the top.

The KBS drama starring Kim Woo Bin and Bae Suzy has been airing for the past five weeks. It debuted with a rating of 12.5 percent, and proceeded to drop to 11 percent, but then rose back up to 12.9 percent. Although many have said that the drama is full of cliches, there are also those who say the melodrama has an attracting pull.

If “Uncontrollably Fond” is a drama that feels familiar, Lee Jong Suk and Han Hyo Joo’s drama “W” is a drama that feels unique. The drama is gaining attention for its meta-fiction and fantasy elements, and is about a webtoon character’s crooked life and what happens when he meets a fan of the webtoon. The first episode of the show aired this week.

The episode rated 8.6 percent, overtaking the 5.4 percent rating of the SBS drama “Wanted” and making its way up to second place.

Both Kim Woo Bin and Lee Jong Suk gained attention for their strong bromance in the drama “School 2013,” and have returned to the drama scene as prominent Hallyu stars. Viewers will be able to see how the battle of ratings plays out, adding a fun aspect to watching the Wednesday-Thursday drama line up.

“Uncontrollably Fond” airs every Wednesday and Thursday on KBS. Catch the latest episode below!