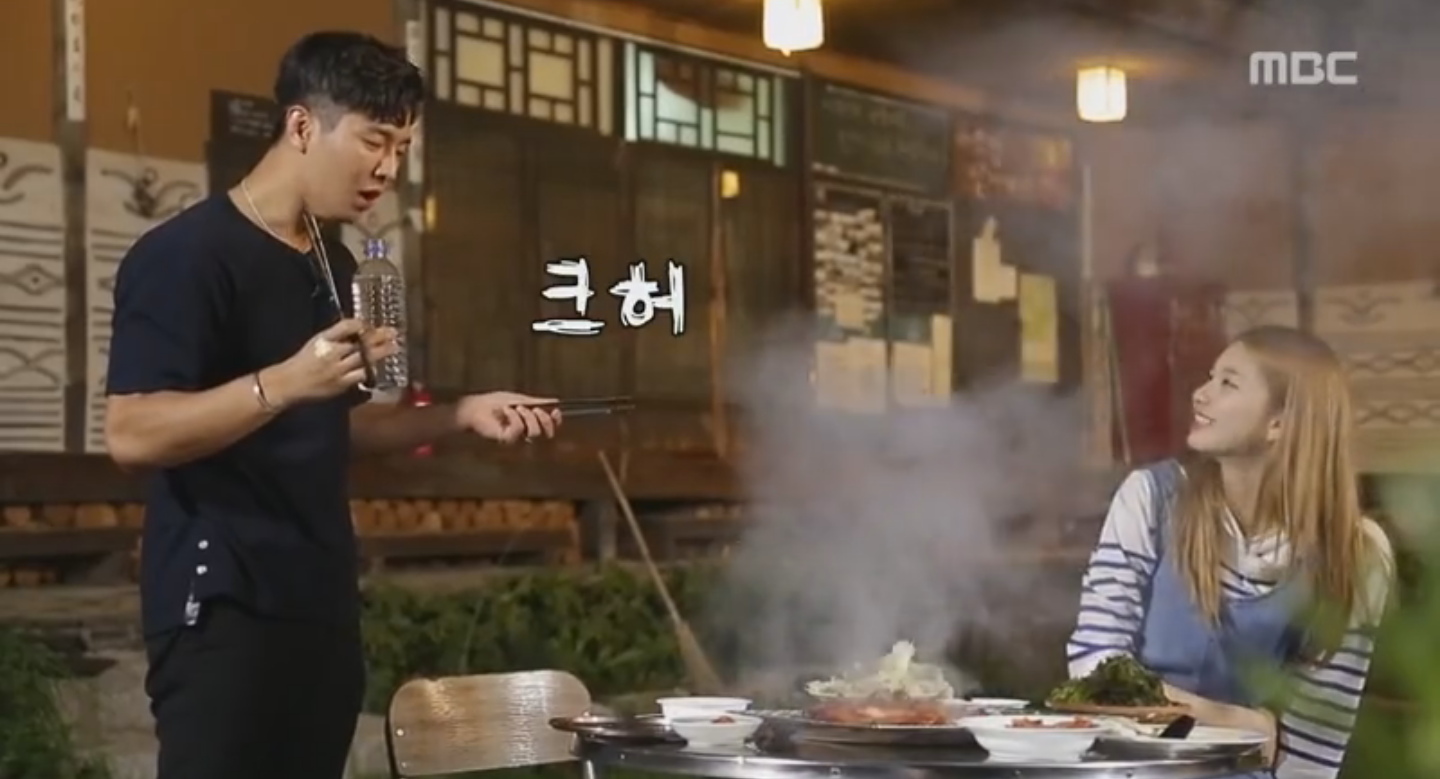 Watch: Kim Jin Kyung Gets Revenge Against Jota For Seeming Too Happy About Filming Underwear Ad With Cao Lu

On July 23’s episode of “We Got Married,” Kim Jin Kyung teaches her virtual husband Jota a lesson when she sees his excitement about his upcoming photo shoot!

While the two are eating dinner together, Jota happily tells her that he’s going to be shooting an advertisement. She’s excited for him, right up until he tells her that it’s an underwear shoot. Then on top of that, he admits that he’ll be filming with Cao Lu, as his group MADTOWN is shooting the ad with FIESTAR.

“We won’t just be in our underwear though, right?” Jota asks her, as Kim Jin Kyung is a professional model. Kim Jin Kyung tells him he definitely will be, and shows him some of the poses he’ll have to do to show off his muscles. 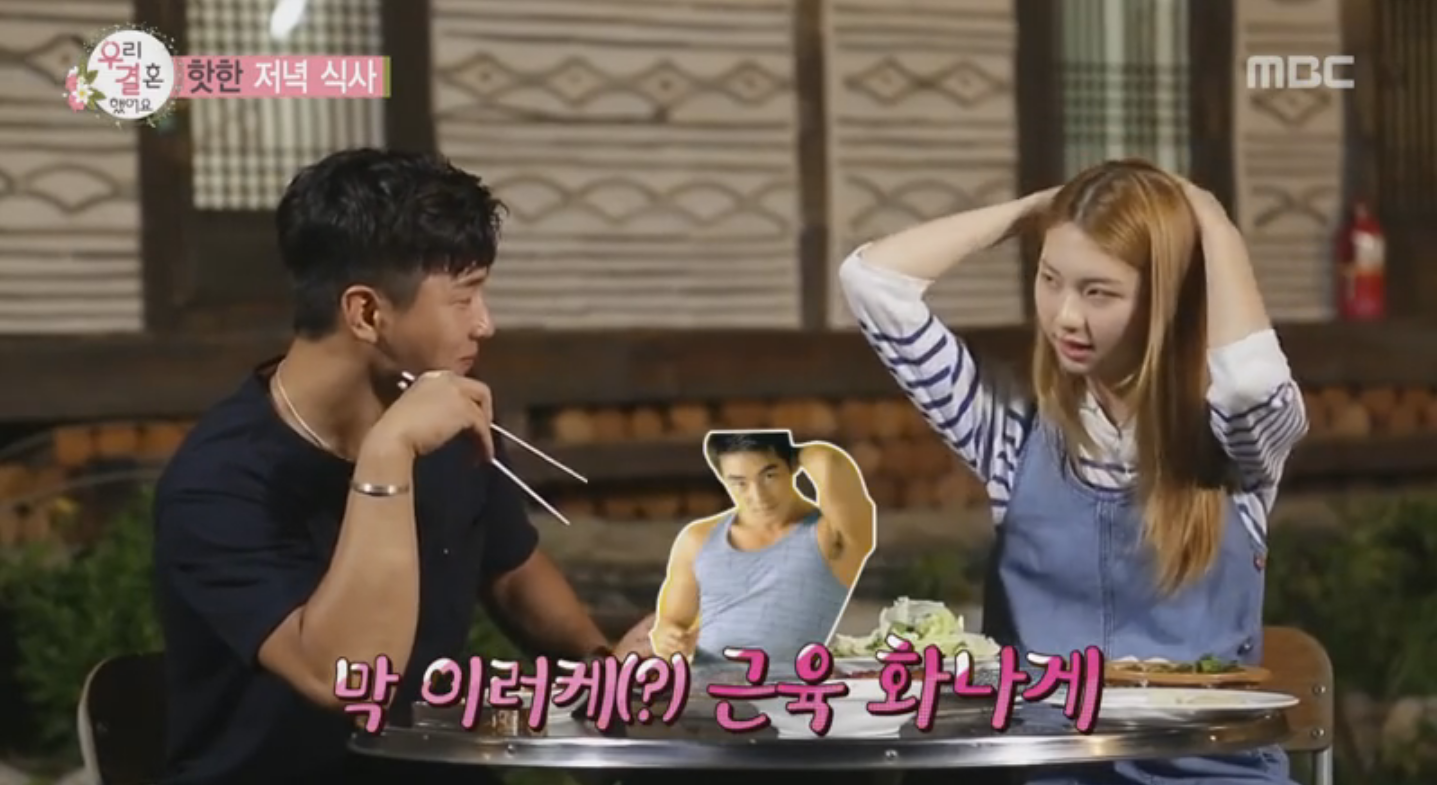 “You must be happy,” says Kim Jin Kyung with a serious expression. “I’m not!” insists Jota, but he looks like he’s smiling a bit. “Why are you smiling?” she asks while glaring at him. 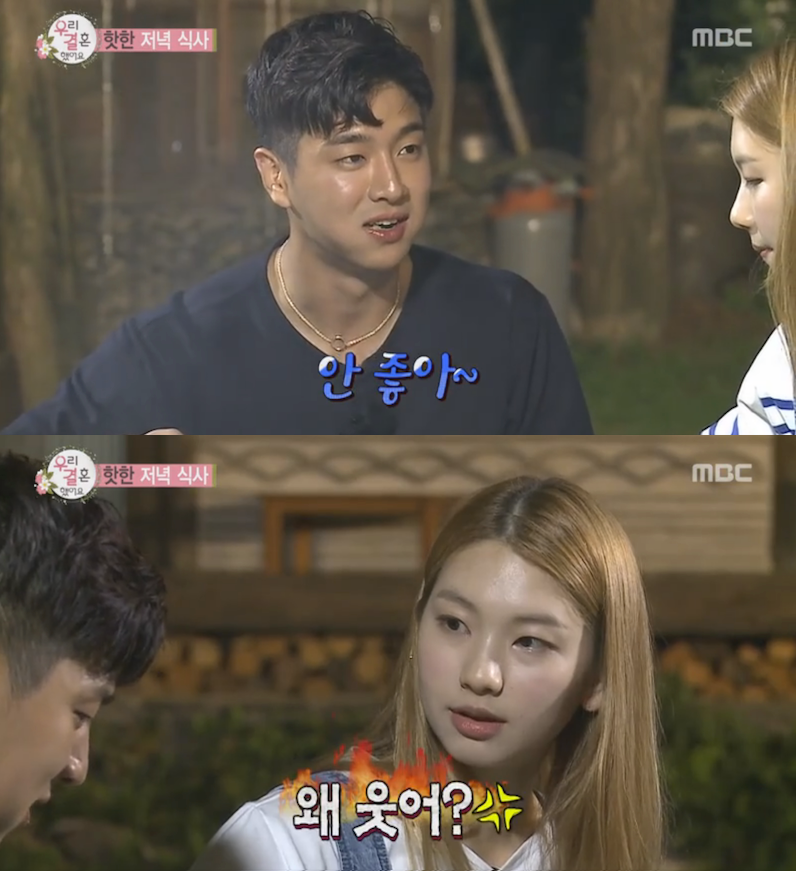 “I’m smiling because I’m happy to be looking at you,” he replies, but she continues to sulk a bit about how he keeps filming things with other women.

She then turns things around by saying, “I’m just kidding! Of course it’s good. And it’s a relief that it’s with Cao Lu. Don’t complain if I have dinner with Jo Se Ho that night.” Jo Se Ho is of course Cao Lu’s “We Got Married” partner.

As Jota tries to insist that he’ll be eating with Kim Jin Kyung that night and not Cao Lu, Kim Jin Kyung quietly makes him a lettuce wrap, but adds a chili pepper without him knowing! 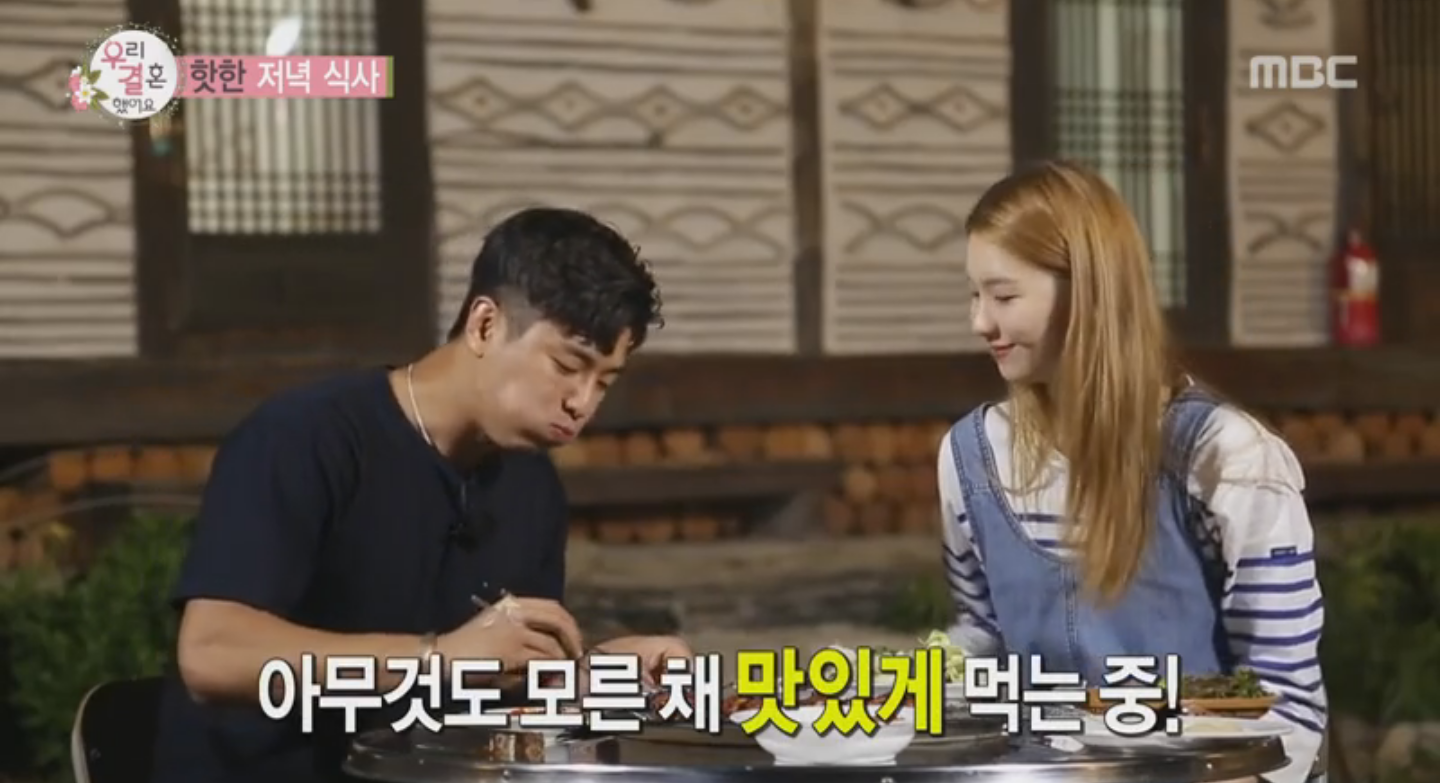 “Delicious!” he says as he eats it, but then the spiciness hits him. “You did this on purpose, didn’t you?” he accuses her as he struggles with the spicy pepper. 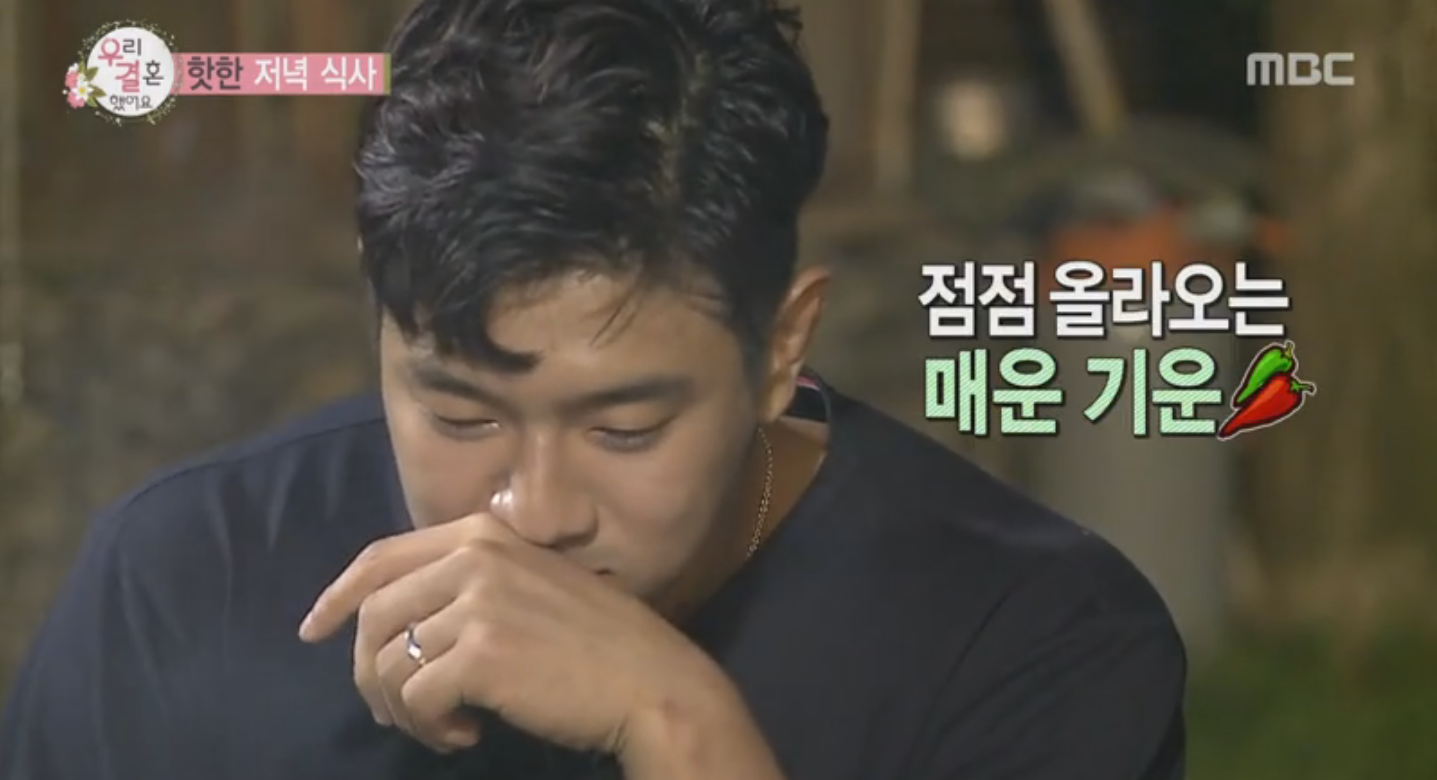 Kim Jin Kyung laughs while he tries to get rid of the fire in his mouth by stuffing in pieces of lettuce, and helps him out by grabbing him some water. 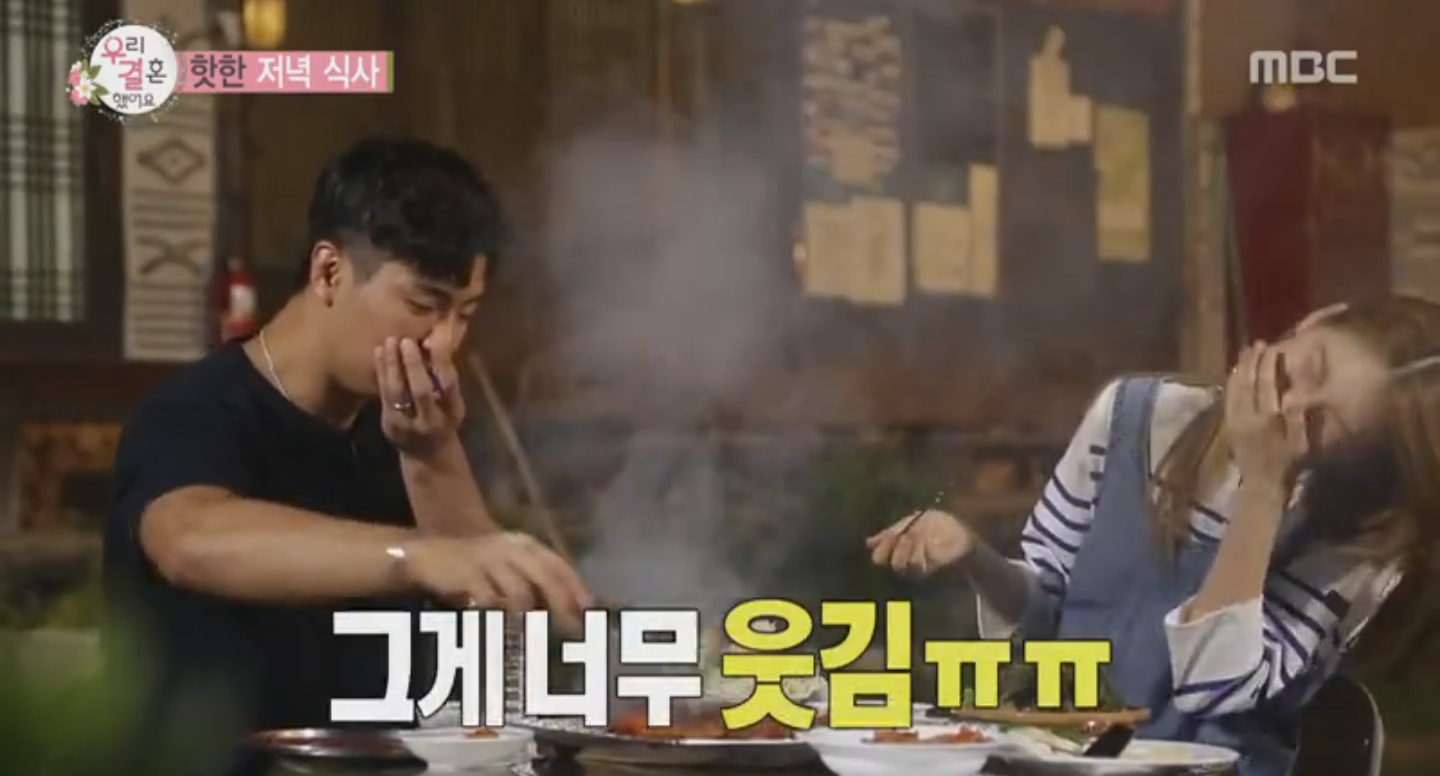 In her individual interview, Kim Jin Kyung says, “I thought I should scold him a bit, so I fed it to him. But then he looked so cute! I’ve never seen him show such a big reaction before, it was really fun.” 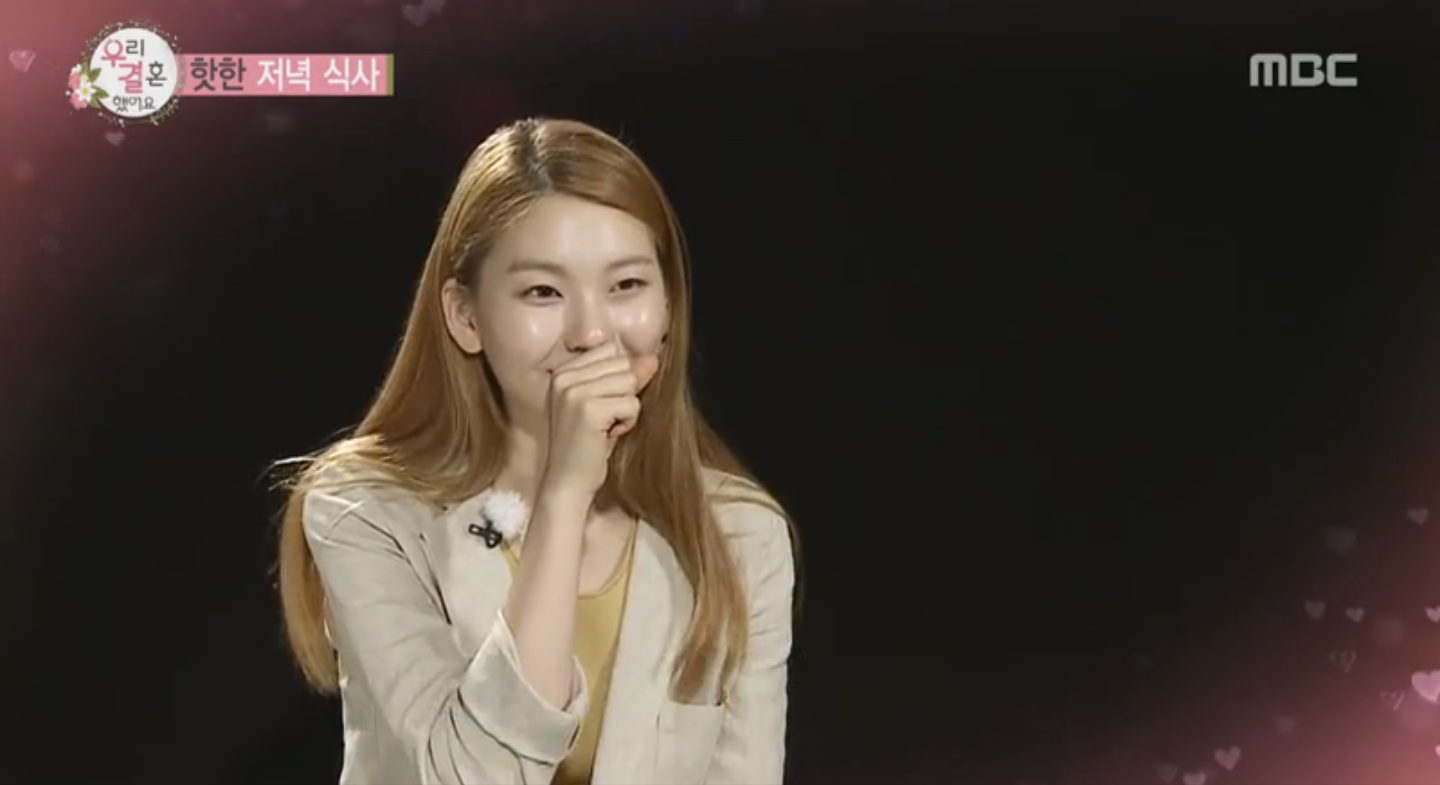 In the end, Jota gets even by overacting and making Kim Jin Kyung feel bad to the point that she does aegyo for him.

Cao Lu
Madtown
kim jin kyung
Jota
We Got Married
FIESTAR
How does this article make you feel?