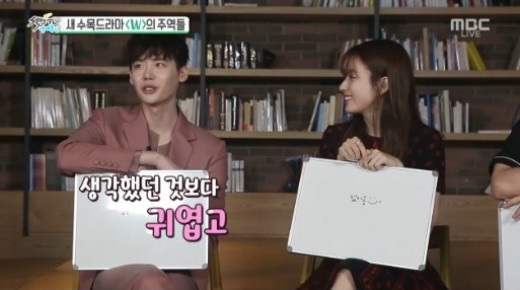 During the July 24 episode of the show, the two appear with other cast members of their romantic suspense drama “W.”

Lee Jong Suk says that Han Hyo Joo is in reality very different than his first impression of her. He comments, “She’s cuter and her energy is brighter than I thought.” 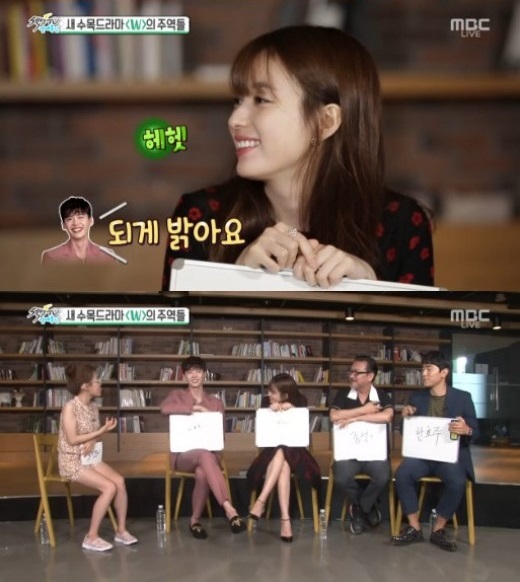 Lee Jong Suk reveals, “Whenever she is having a hard time, she even dances.” The show then shares a cute clip her doing just that.

When asked what part of Han Hyo Joo is the prettiest, Lee Jong Suk replies, “Her veins. Yesterday when we were filming, I noticed that her skin is very pale and translucent, so her veins shine through. It was very pretty.” Han Hyo Joo first hits him jokingly at this answer, but after his explanation, she just hilariously stares at him incredulously.