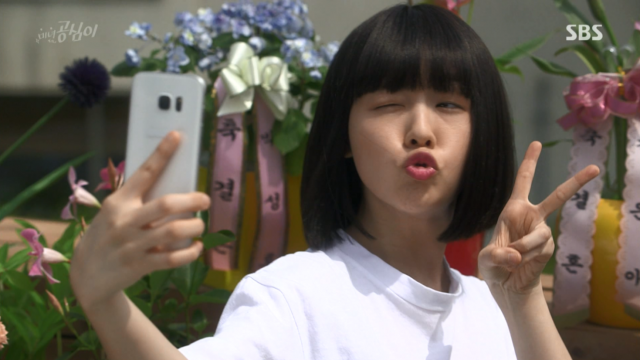 Girl’s Day’s Minah, whose drama “Dear Fair Lady Kong Shim” wrapped up on July 17, recently sat down for an interview to talk about her latest acting challenge.

“It was both refreshing and disappointing [to see the drama end],” she said. “I was disappointed because I had to stop working with the people that I’d spent a lot of time with, but I was glad that we ended with a lot of people’s love and support.”

At the press conference, Minah had said that she gave her own acting 61 points (out of 100).

“I thought that I was lacking in a lot of parts,” she said now. “I think that without the producing director and Namgoong Min, Kong Shim would not have received the love she did. As for my score… because I worked hard, I will add four points. 65 points. I’m grateful for the love but I don’t think I deserve praise yet.

Minah also named Uhm Jung Hwa as her role model for her ability to juggle a music and acting career and couldn’t say enough good things about her co-star Namgoong Min.

“The filming was so much fun. I had no idea that he was so funny. He’s very playful and funny. Because of him, I ended up laughing and having to do retakes a lot. It was a good atmosphere on set and he made me feel really comfortable.”

You can still catch Minah in the last episode of “Dear Fair Lady Kong Shim” below!