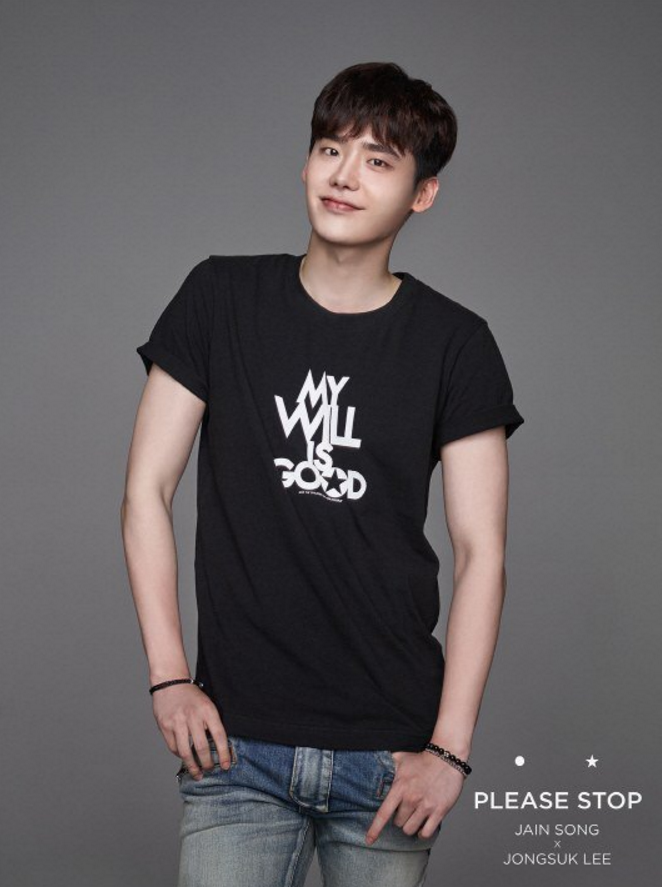 The actor is currently filming for MBC’s “W.” Despite his busy schedule, Lee Jong Suk has been working directly with the designer in coming up with clothing designs and ideas.

Designs for unisex eco bags, cardigans, and ball caps are being created with the campaign’s hopeful message and signature star on all items. All proceeds will be given to the charity “Save The Children.”

“Since before, I had known Lee Jong Suk to be someone who was interested in fashion with a purpose, and through acquaintances I got to know him,” said designer Jain Song. “This campaign’s goal isn’t to make profit, but it has the intention of encouraging people to talk about the social issue and take it up ourselves. If a lot of people see these problems, there is a chance for people to think about them. I am happy that we are able to work on this campaign despite the busy schedule,” the designer continued.

Lee Jong Suk is currently starring on the drama “W.”