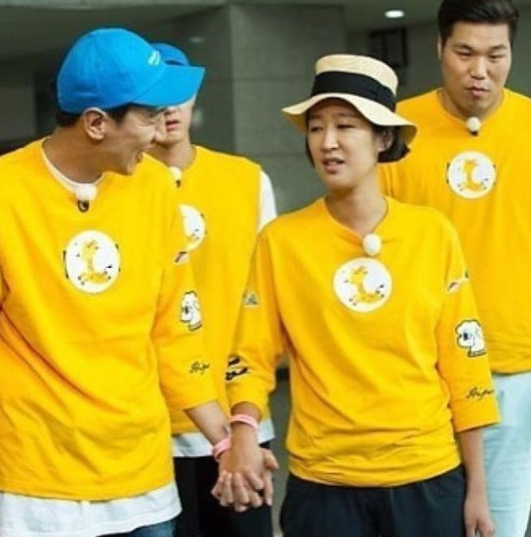 On July 24, SBS’s “Running Man” was filled with guests known as “giraffes.”

Known for always being teased by fellow “Running Man” members, this time Lee Kwang Soo brings on his own team of giraffes to support him as they all strive for victory. On the episode, the giraffe team wears yellow outfits, pair up, and hold hands in order to complete missions. Lee Kwang Soo smiles brightly as he holds Hong Jin Kyung’s hand, while the latter has a sour look on her face. But Hong Jin Kyung later says that it was an enjoyable recording.

“This show is what made Lee Kwang Soo known as the ‘Prince of Asia,’ and since everyone here is a member of this show please take care of me as well,” says Hong Jin Kyung.

Watch the episode of “Running Man” on Viki!