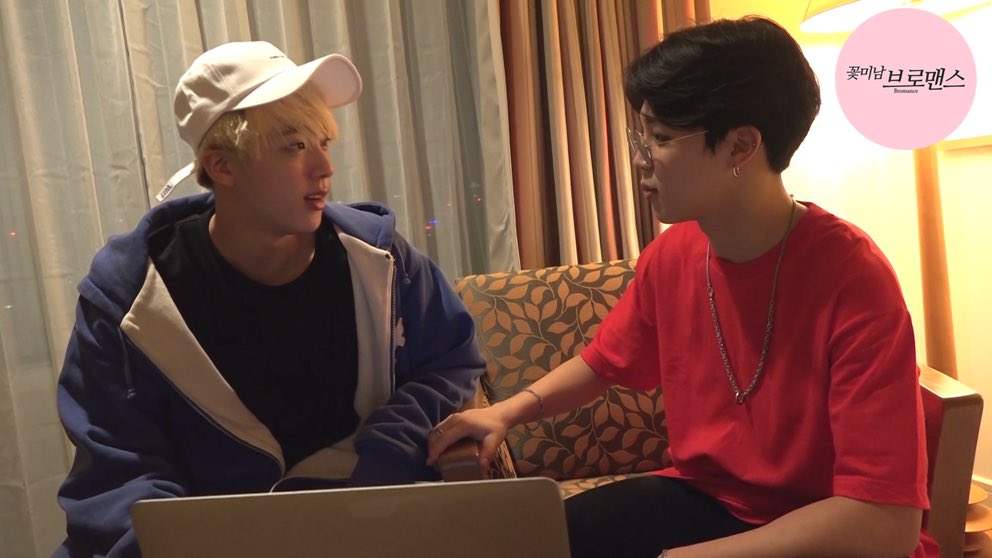 BTS’s Jin and Jimin will be dishing on the real personality of their fellow member Jungkook in the next episode of “Celebrity Bromance”!

Jungkook has been starring in the last few episodes of the show as it followed his bromance date with Shinhwa’s Minwoo. The pair was the first match-up on the show that were not friends before filming, but by the end of their day rock climbing, exercising, and eating a whole lot of food together, they seemed to become close and even said they want to go on a trip overseas together now.

“Celebrity Bromance” often includes an epilogue of the friends of one of its stars watching their date and giving hilarious commentary. For example, J-Hope and Rap Monster cracked up over V’s “bromantic” moments with his friend Kim Min Jae, and A Pink’s Jung Eun Ji shared some insights into her former co-stars VIXX’s N and Lee Won Geun.

This time around, Jin and Jimin will be doing the commentary on Jungkook’s outing with Minwoo. On July 25, the official Twitter for “Celebrity Bromance” shared a still from the new episode of Jin and Jimin chatting in a hotel room, and promises that they’ll be revealing the “true Jungkook” according to the pair. The caption reads, “Jungkook is different in front of Jin and Jimin. Forget about the Jungkook in front of Minwoo.”

The next episode of “Celebrity Bromance” will air on July 26 at 11 p.m. KST on Naver TVCast and V app. Are you excited?

BTS
Jungkook
Jin
Minwoo
Jimin (BTS)
How does this article make you feel?