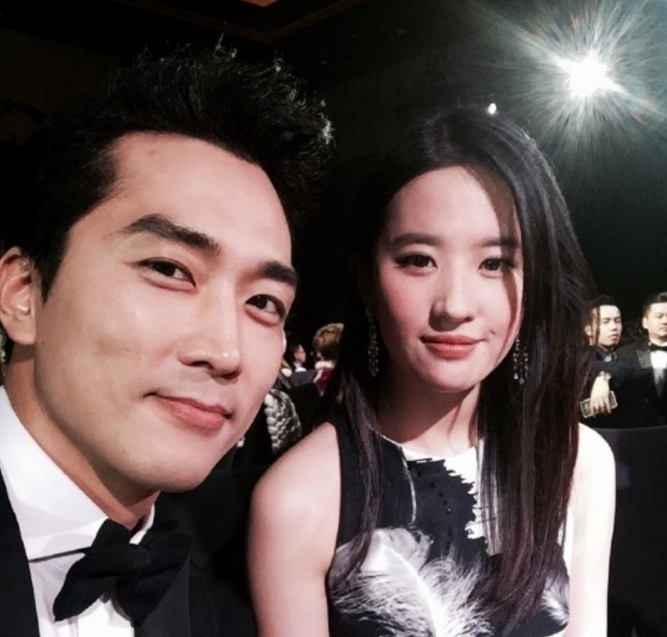 On July 27, a source from Song Seung Heon’s agency denied the breakup rumors reported in China and said, “They are meeting well.”

The source continued, “There are a lot of stories about [their breakup]. They keep coming out, so we are not concerned about them.”

Song Seung Heon and Liu Yi Fei met through filming the movie “The Third Way of Love” and revealed their relationship to the public in August 2015. The pair dealt with breakup rumors last March as well.