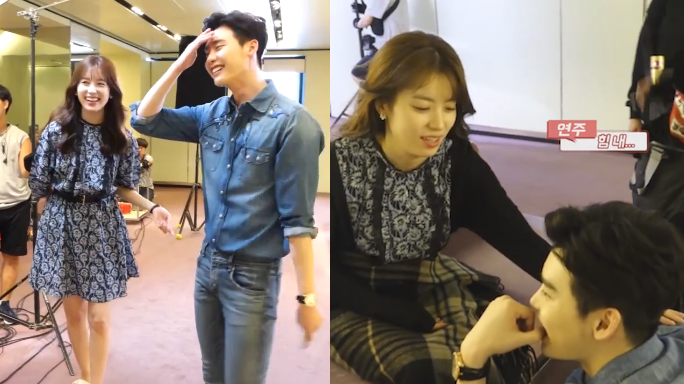 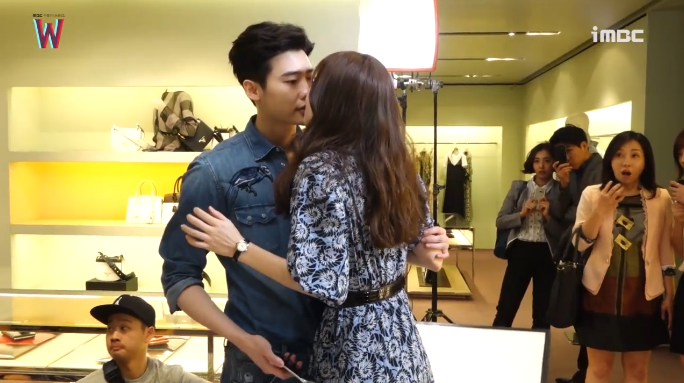 Behind the scenes, the pair gets giggly in between takes, laughing as Lee Jong Suk says she should tip him backwards for the kiss. Han Hyo Joo jokes that one of the takes had too much of a loud smacking sound, and Lee Jong Suk is too embarrassed to agree. “I don’t know, I don’t know!” he says with a smile, unable to look her in the face. 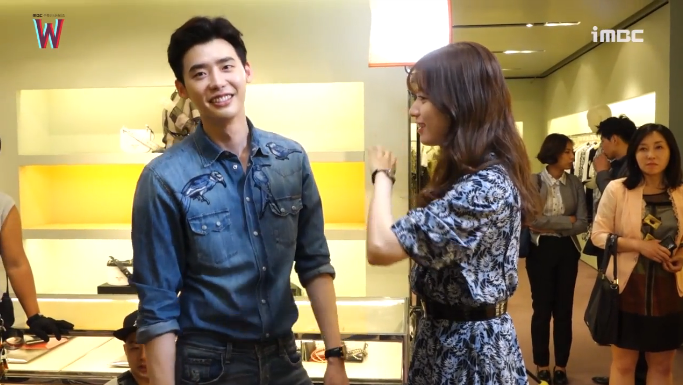 Later on, the two stars are watching a playback of the scene when Lee Jong Suk says, “Did I lean into it?” 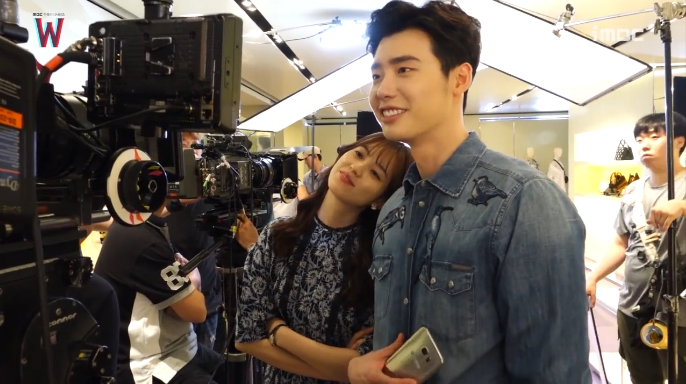 He runs away from the camera while doing a little embarrassed dance, and Han Hyo Joo laughs, “You did, you did.”

The director says they’ll have to film it again. “It must be an instinct!” says Lee Jong Suk with a big grin. He then runs away again, crouching down on the floor in embarrassment as Han Hyo Joo yells teasingly, “Kang Chul’s face has gone red! It really has!” 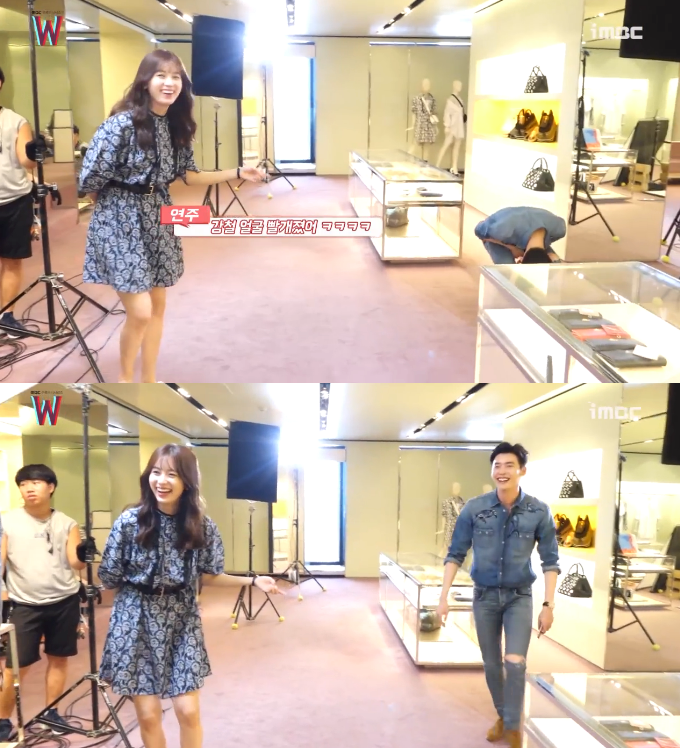 In the next clip, Lee Jong Suk and Han Hyo Joo are filming the scene in episode three where Kang Chul picks up an unconscious Oh Yeon Joo from a couch and carries her out of a store in his arms.

Kang Chul may have seemed to effortlessly carried Oh Yeon Joo on “W,” but off camera things were a little different! Lee Jong Suk gets tired out from carrying her, and also at one point knocks her into a mannequin by accident, which has everyone cracking up. 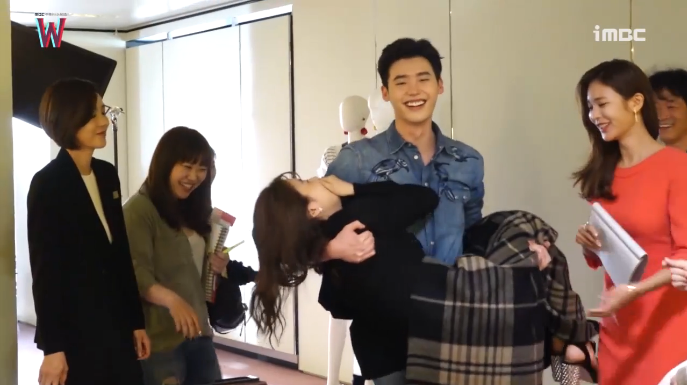 In between takes, Han Hyo Joo and a staff member joke that she’s only heavy because of her high heels. “I think they weigh about 25 kilograms,” says Han Hyo Joo. “They’re each 12.5 kilograms.” 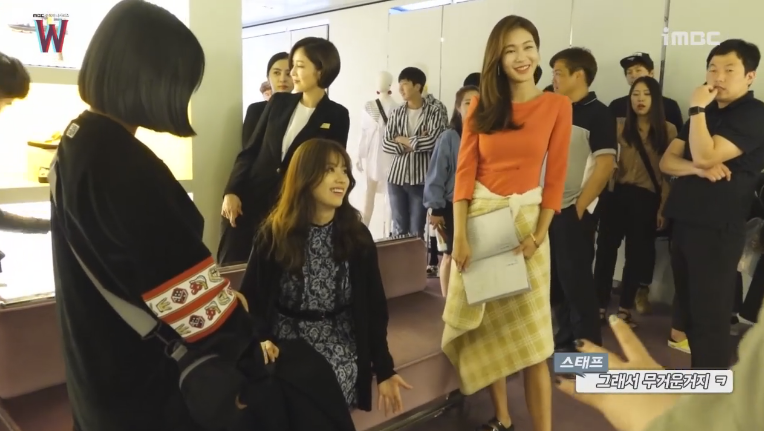 Later on, Han Hyo Joo looks like she feels bad that Lee Jong Suk keeps having to lift her up over and over. As he kneels down next to her and rests, she tells him, “Since we’re off [after this] today, you should eat some meat.” He laughs and she pats him on the shoulder, saying, “Hang in there!”