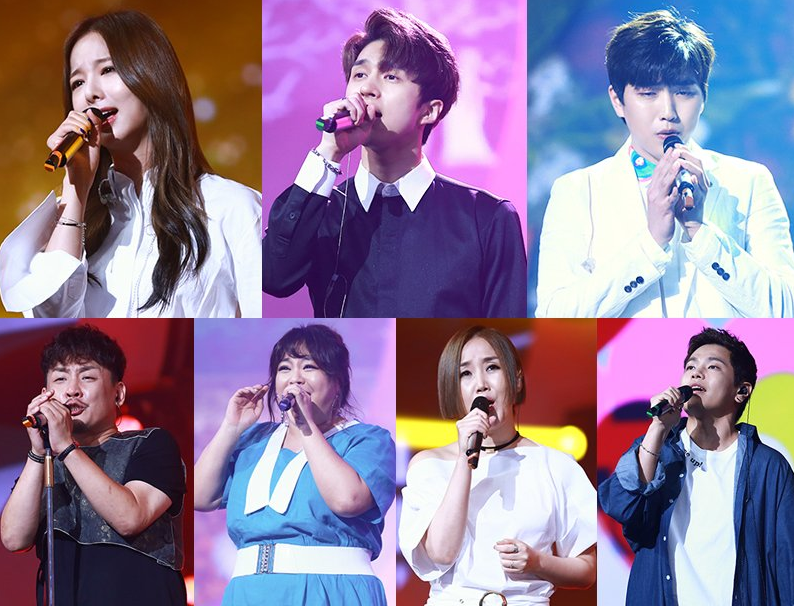 The July 29 episode of MBC’s “Duet Song Festival” featured the second and final round of their king of kings special.

Kicking off the competition was a special performance of “The Woman” by MCs Baek Ji Young and Sung Si Kyung.

The first team up was So Chan Whee and Kim Min Jae singing SG Wannabe’s “As I Live.” Their combined points including the previous round’s results amounted to 822 points.

B1A4’s Sandeul and Jo Sun Young were next with Lee Seung Chul’s “Jasmine Flower” which resulted in a total of 854 points.

Solji and Doo Jin Soo performed their rendition of Noel’s “I Miss You” and got 843 points.

Following them were Hyun Jin Young and Jo Han Kyul who won the first round. They did an arrangement of Super Junior’s “U” and got 849 points.

In the end, Sandeul and Jo Sun Young were crowned the king of kings on “Duet Song Festival.”

Watch their amazing performances below!