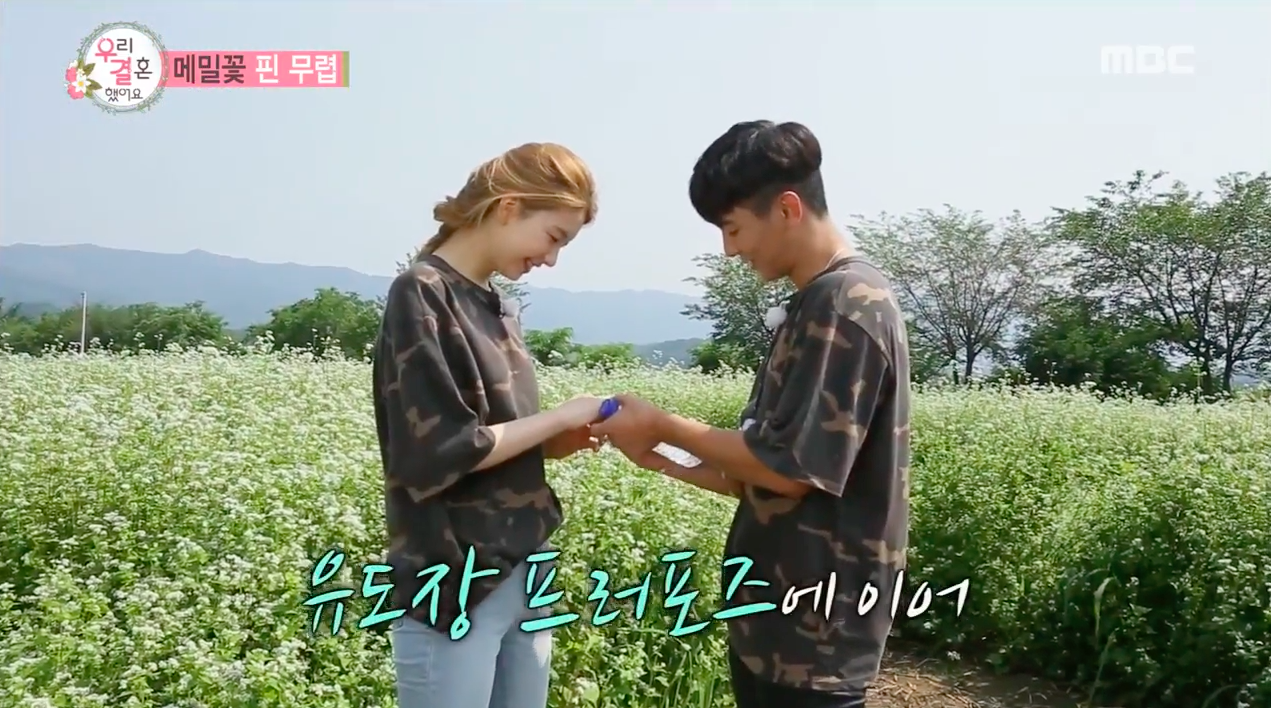 Watch: MADTOWN’s Jota Gifts Kim Jin Kyung With A Ring Made Of Flowers On “We Got Married”

On July 30’s episode of “We Got Married,” MADTOWN’s Jota prepares a sweet gift for his virtual wife, model Kim Jin Kyung.

The pair have a great time on their summer trip to the countryside in this episode, riding bikes and taking beautiful photos as they enjoy the morning together after spending the night at a traditional home. As they’re snapping photos in a field of flowers, Jota suddenly says to her, “Where’s your ring?” 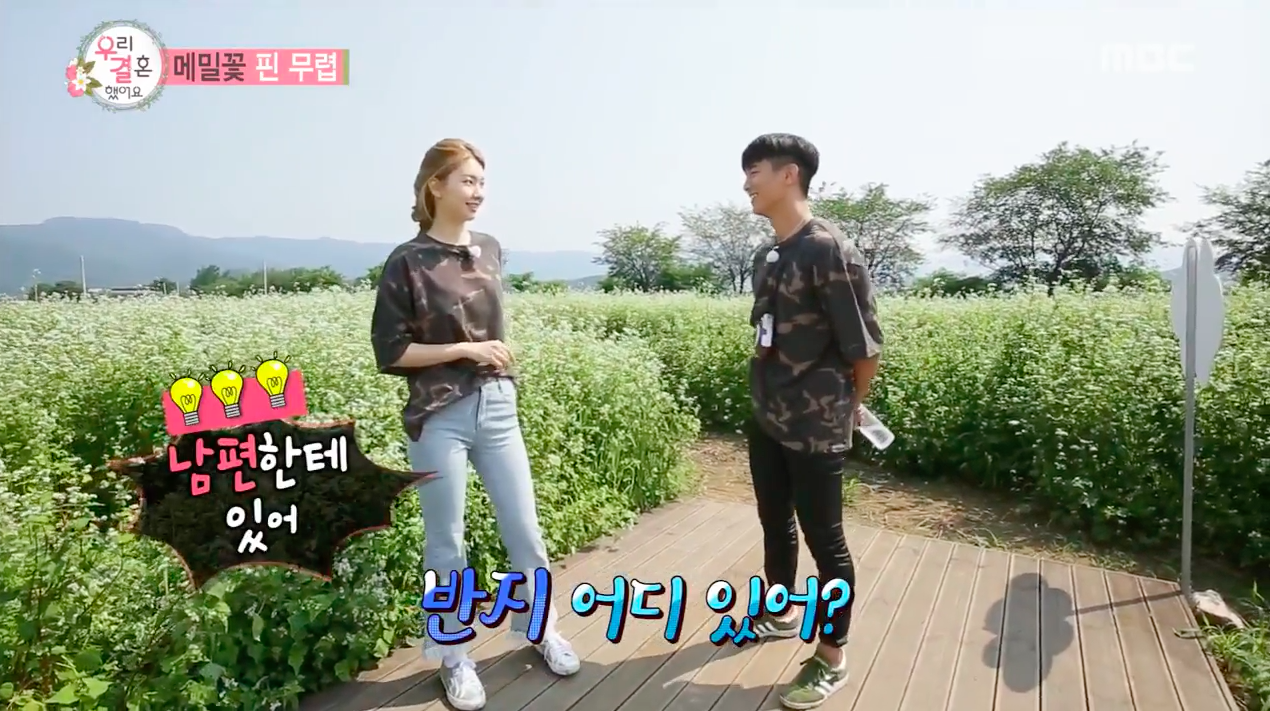 Kim Jin Kyung pauses for a moment, but then remembers that she’d entrusted it to him the night before when she was washing up. Jota sighs a bit cause she didn’t fall for his trick for longer, and then pulls something out of his pocket.

Taking her hand, he slips a ring he’s made out of flowers onto her finger. “It’s even prettier!” she tells him. 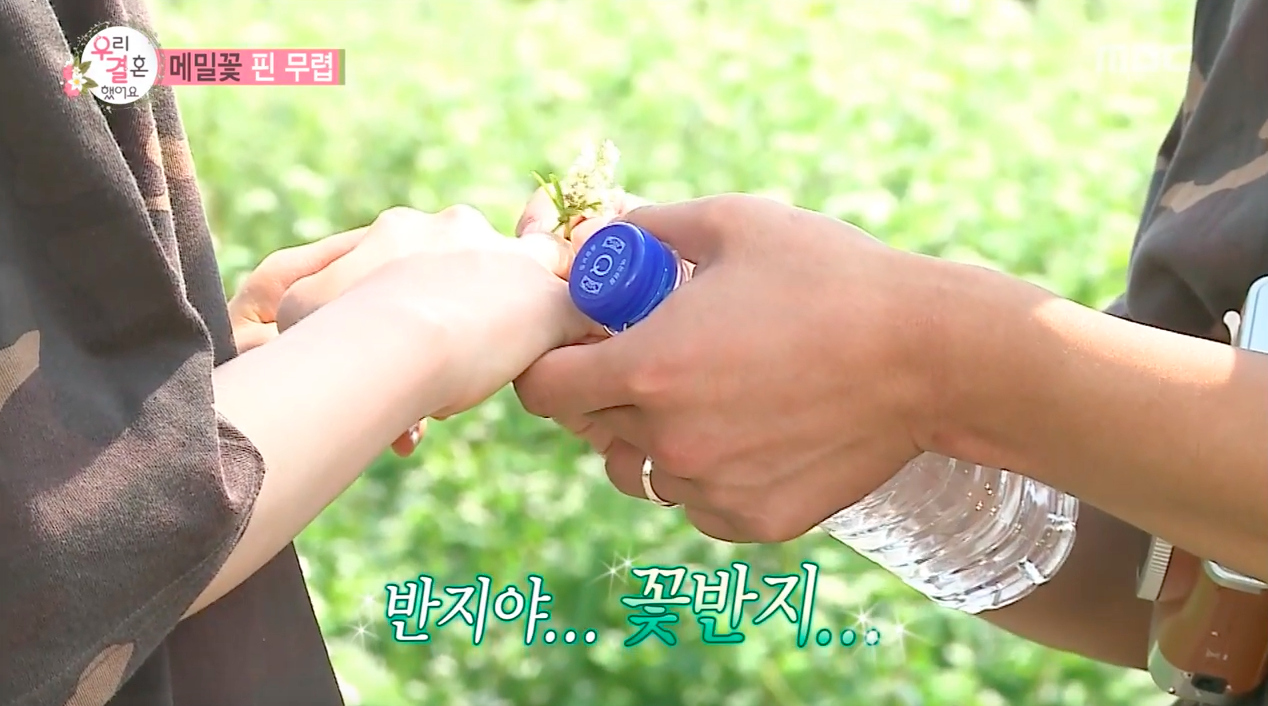 “The little girl inside of Jota came out,” jokes Kim Jin Kyung in her private interview. She says that despite his muscular body, he’s really cute because he thought of making her the ring. “It felt like a little boy who lives in the countryside giving flowers to a girl from the next neighborhood,” she adds. 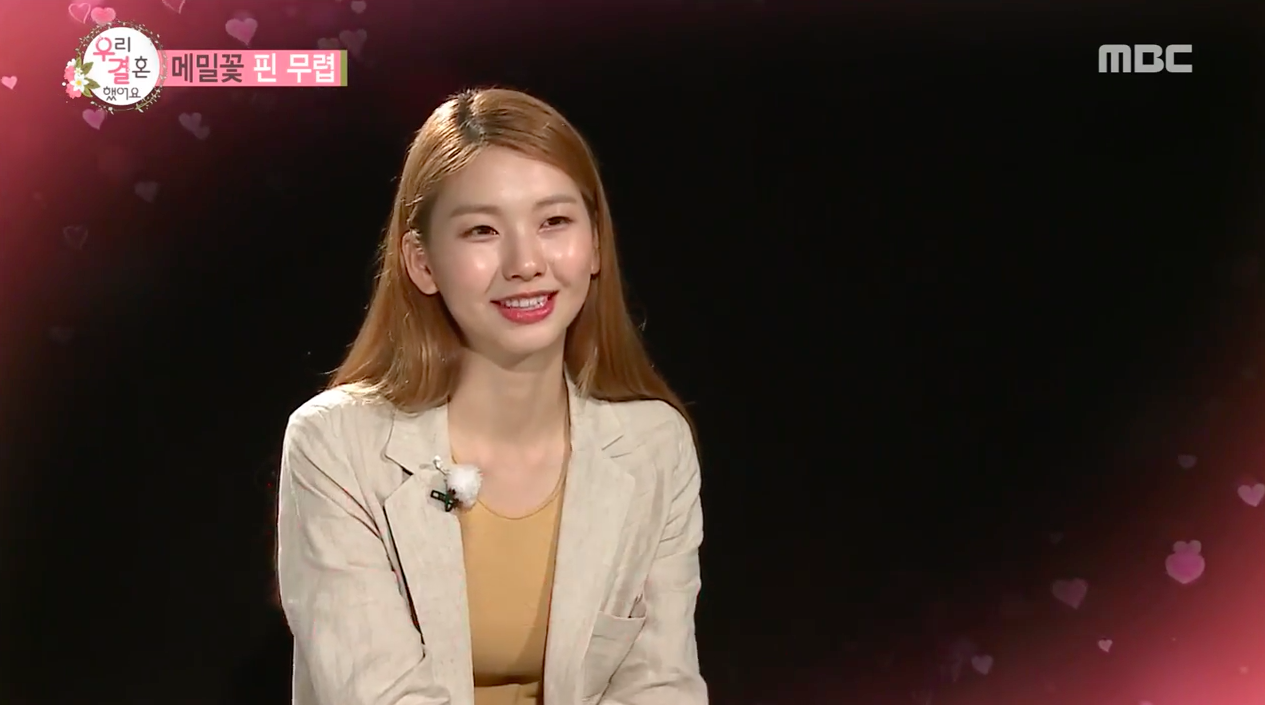 Back in the field, Kim Jin Kyung then takes some of the flowers from the field and adorably tucks them behind Jota’s ear.