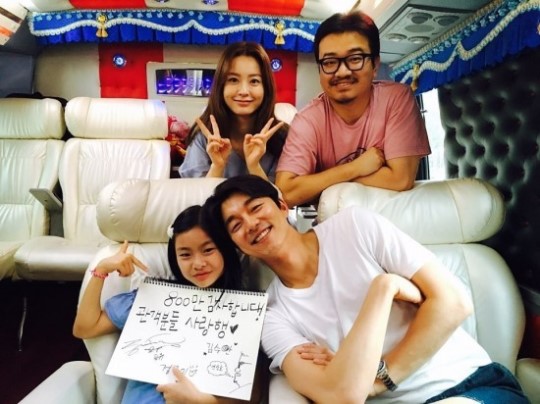 The “Train to Busan” cast and crew expressed their gratitude after the film successfully reached 8 million viewers.

On July 31, the producers shared two photos on Instagram and wrote, “We received breaking news while promoting around Gwangju and Daejeon. ‘Train to Busan’ has surpassed 8 million viewers! ‘Train to Busan’ is indeed the summer trend.”

In one of the photos, huddled together for a photo are director Yeon Sang Ho and actors Gong Yoo, Jung Yoo Mi, and Kim Soo Ahn, who are out meeting viewers to promote the film, while child actress Kim Soo Ahn holds a sketchbook with the message, “Thank you for the 8 million views. We love you.” 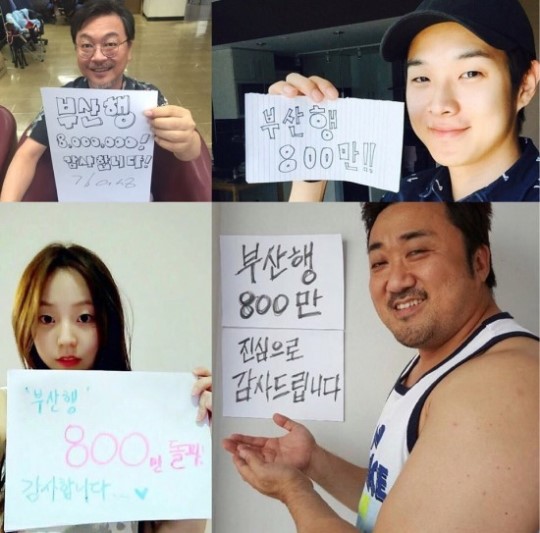 The second image is of Ahn So Hee, Choi Woo Shik, Ma Dong Seok, and Kim Eui Sung holding signs celebrating the milestone. The signs say, “‘Train to Busan’ has reached 8 million viewers,” and “We sincerely thank you.”

“Train to Busan” tells the story of survivors on a train who struggle to reach the last safe city of Busan after Korea becomes plagued by an unidentified virus.

The film opened in July 20 and is currently showing in theaters in Korea.