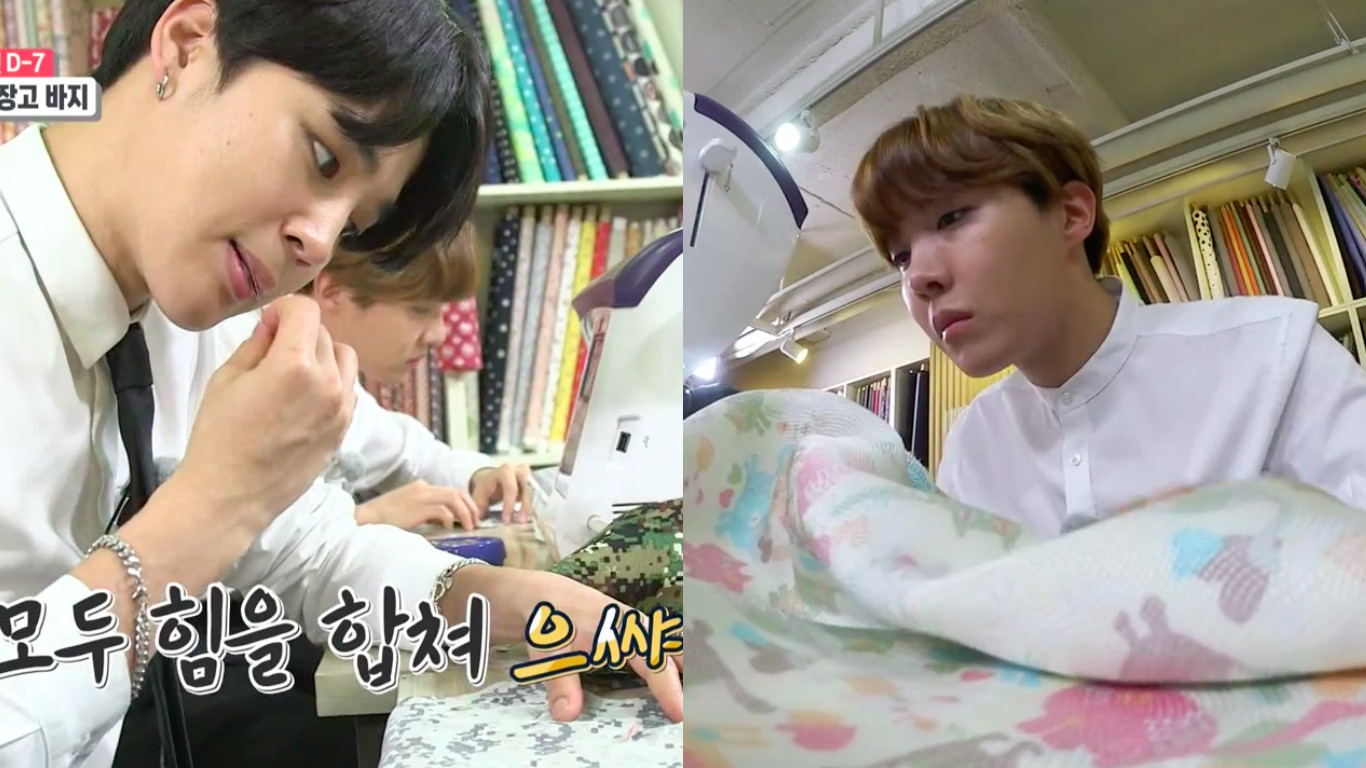 Watch: BTS’s Jimin And J-Hope Sew Up A Storm As “Interns” On New Variety Show

BTS members Jimin and J-Hope get recognized for their sewing skills on the new SBS variety show “God’s Workplace”!

In the pilot episode of the show, Kim Jong Min and Yook Joong Wan embark on a project to produce one hundred pairs of pants to sell on a home shopping network. They have to make the pants themselves, and they’re shocked when suddenly Jimin and J-Hope arrive to give them a helping hand!

When asked why they’ve come, Jimin explains that they were hired by their fellow cast member Lee Soo Geun. The pair even already received a lesson on how to sew, and from the clips we see of their training, it looks like they were able to pick it up quickly. Jimin even gets complimented by the teacher, and he flashes a quick grin. 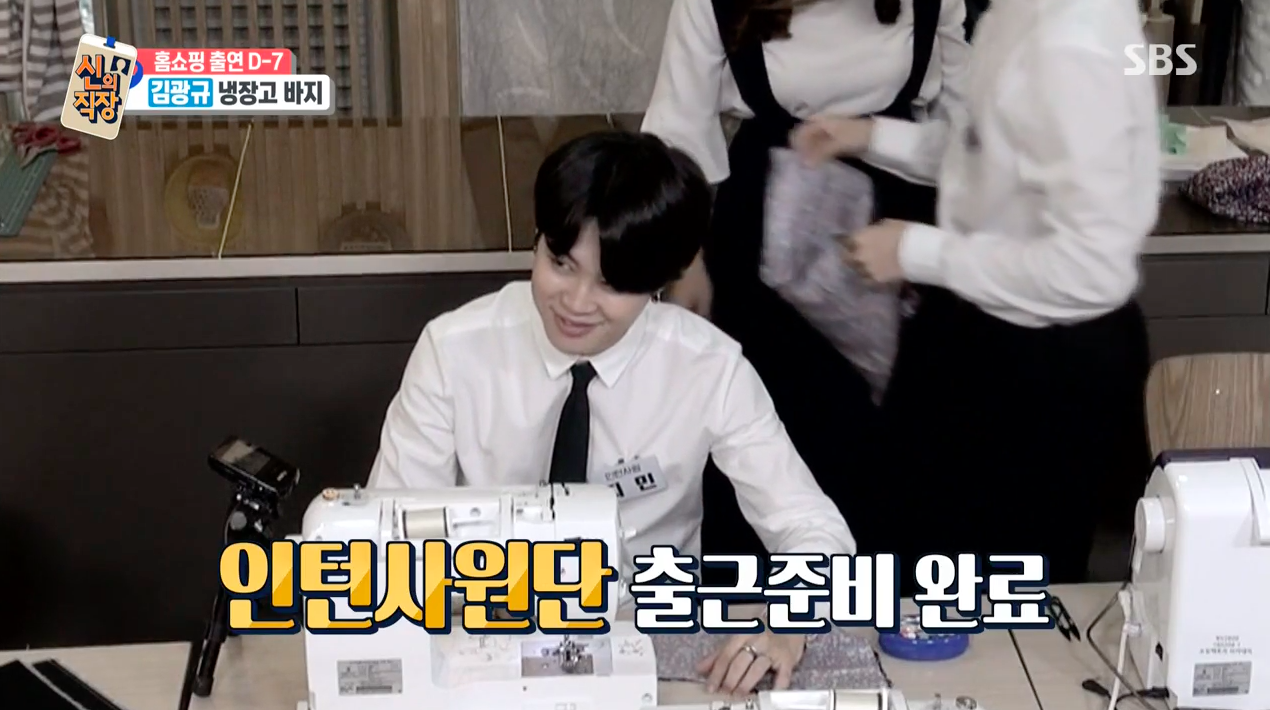 Jimin and J-Hope show the two cast members their resumes, and Yook Joong Wan is thrilled to find out that Jimin is also from Busan. 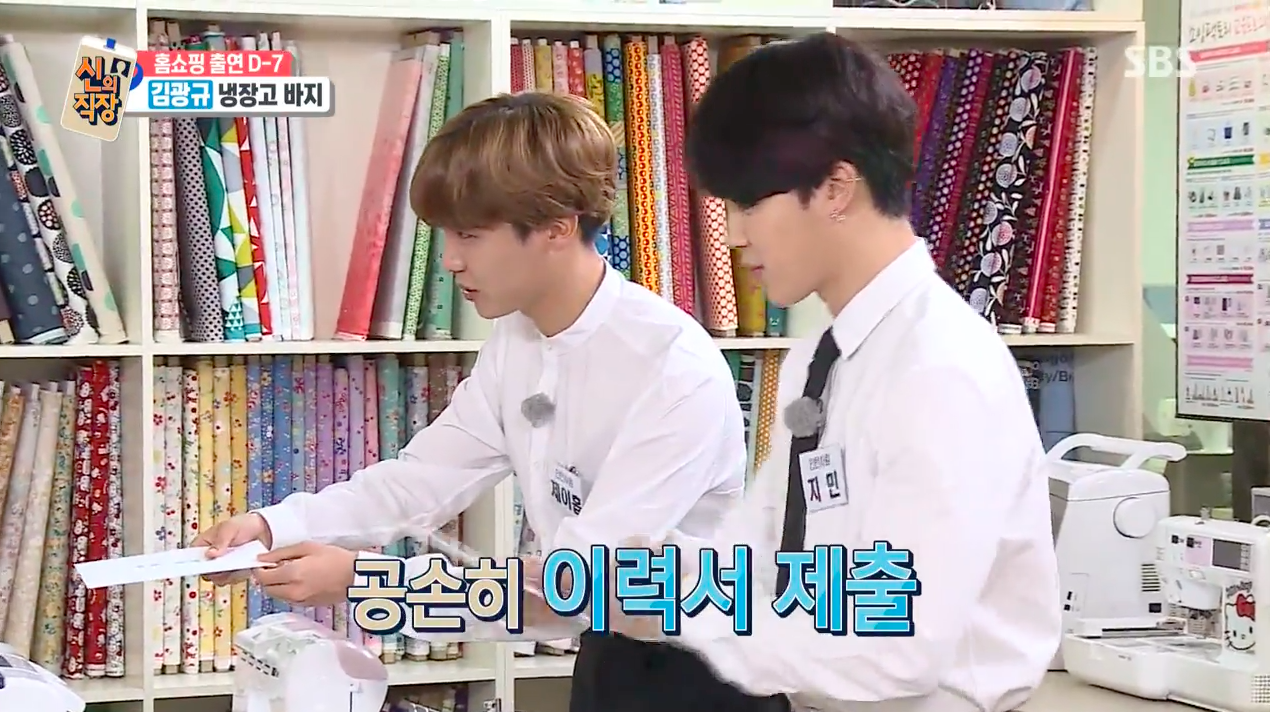 The guys ask them if Jimin and J-Hope have anything to show them, and J-Hope says, “I’ve been dancing since I was young.” Kim Jong Min says he used to dance too, and shows off a bit of his hilarious “break dance.” Just like the “interns” they are, Jimin and J-Hope applaud their boss’s dancing skills. 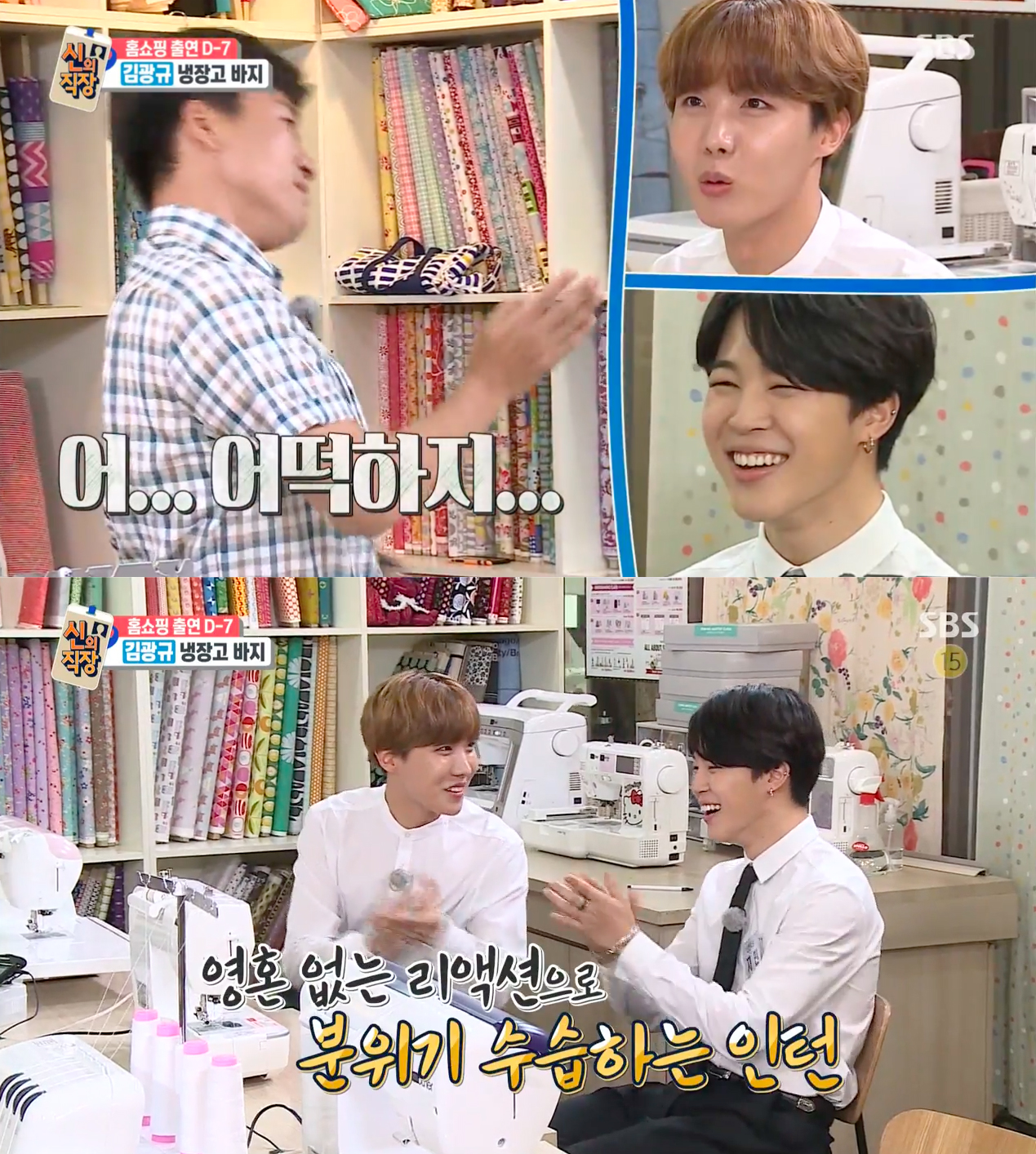 J-Hope then performs a dance for the guys, adding a cute aegyo touch. 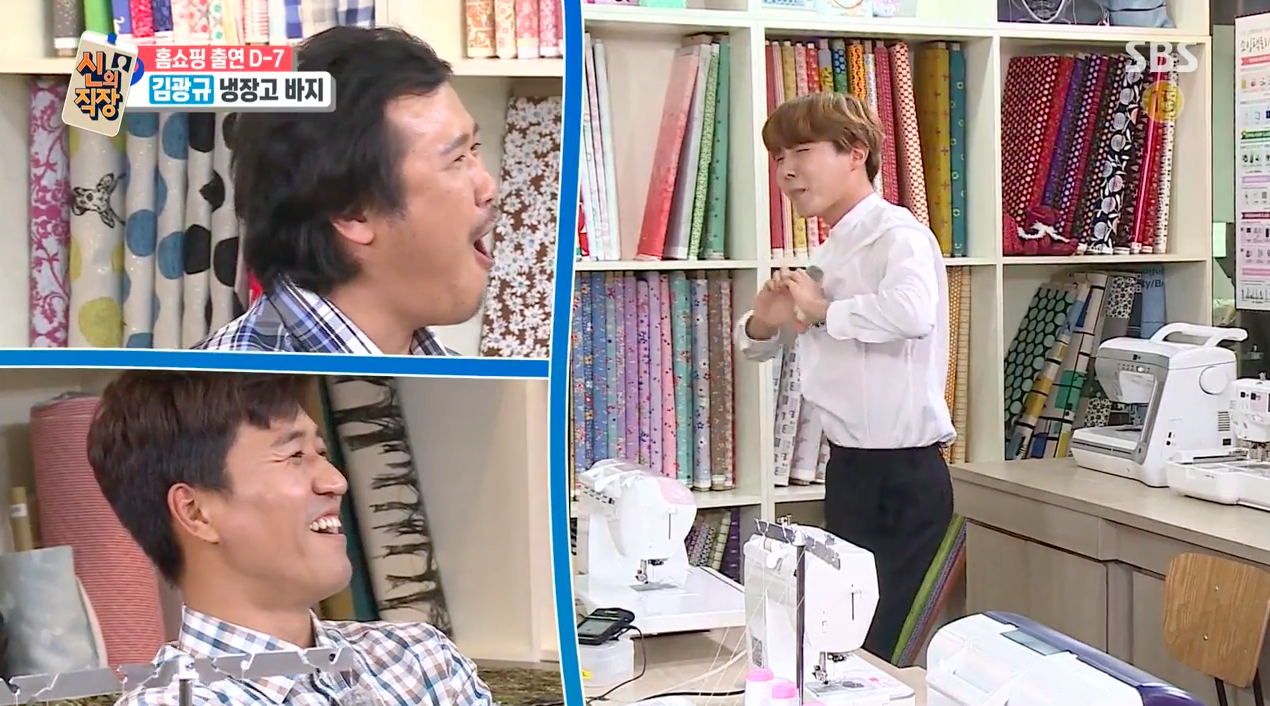 When he’s done, Jimin says to Kim Jong Min, “Honestly, my dream when I was young was to dance with you.” He then surprises everyone (and embarrasses J-Hope a bit) by showing off a dance from Kim Jong Min’s idol days as a member of Koyote. 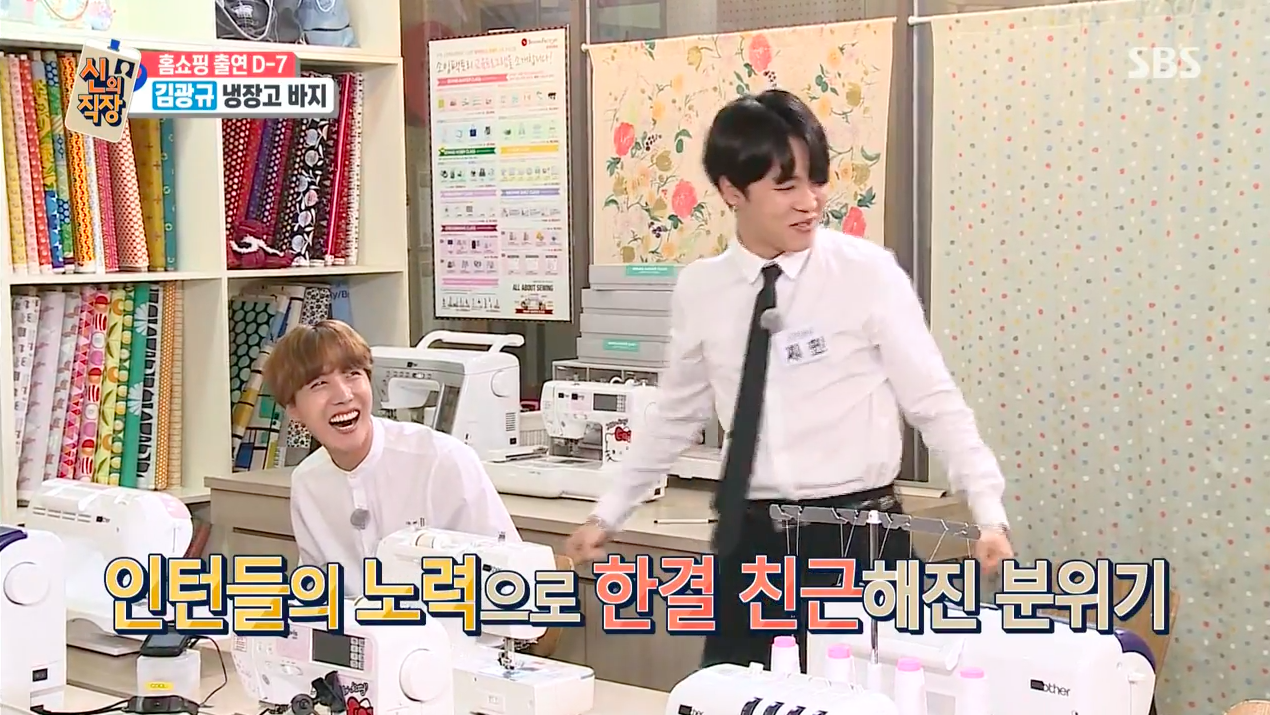 They soon get down to business, and Kim Jong Min tells the guys that they need to make one hundred pairs of pants to sell. “How long does it take to make one?” asks Jimin. 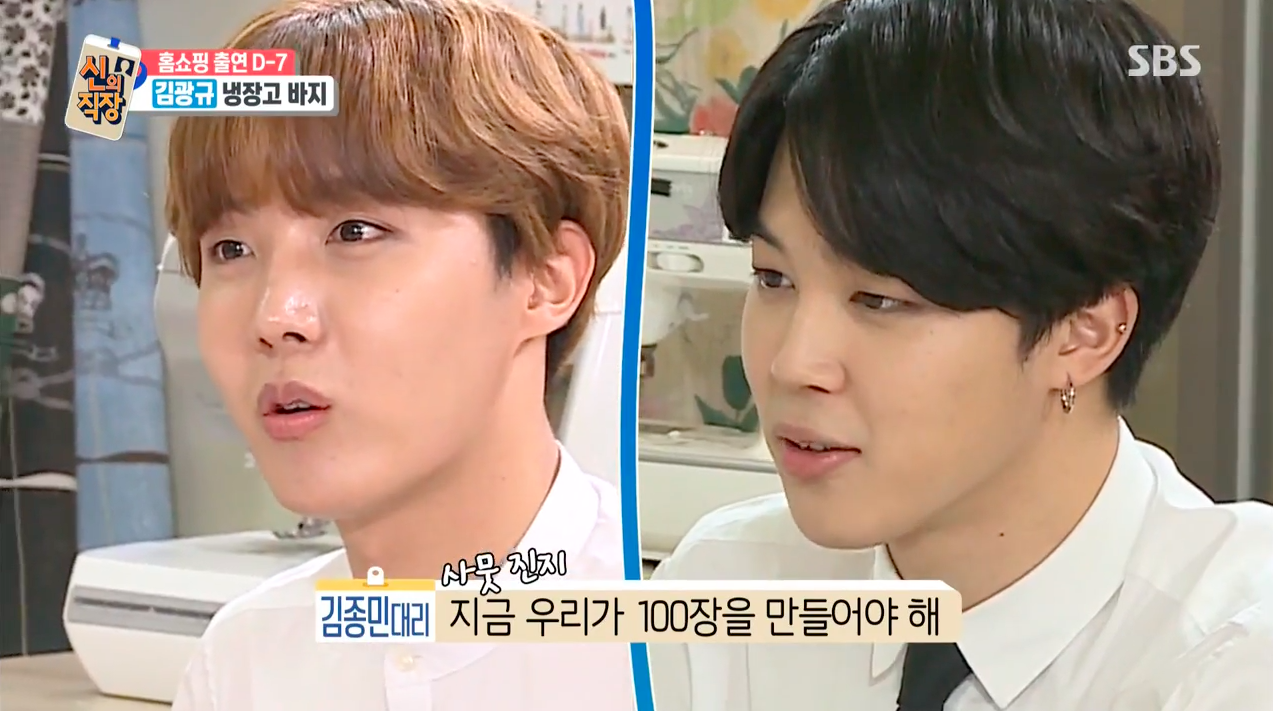 “About three hours?” answers Yook Joong Wan. Jimin laughs and says, “We have to be here for three hundred hours? When do we go home?!”

Kim Jong Min replies, “Think of it as never being able to leave.” 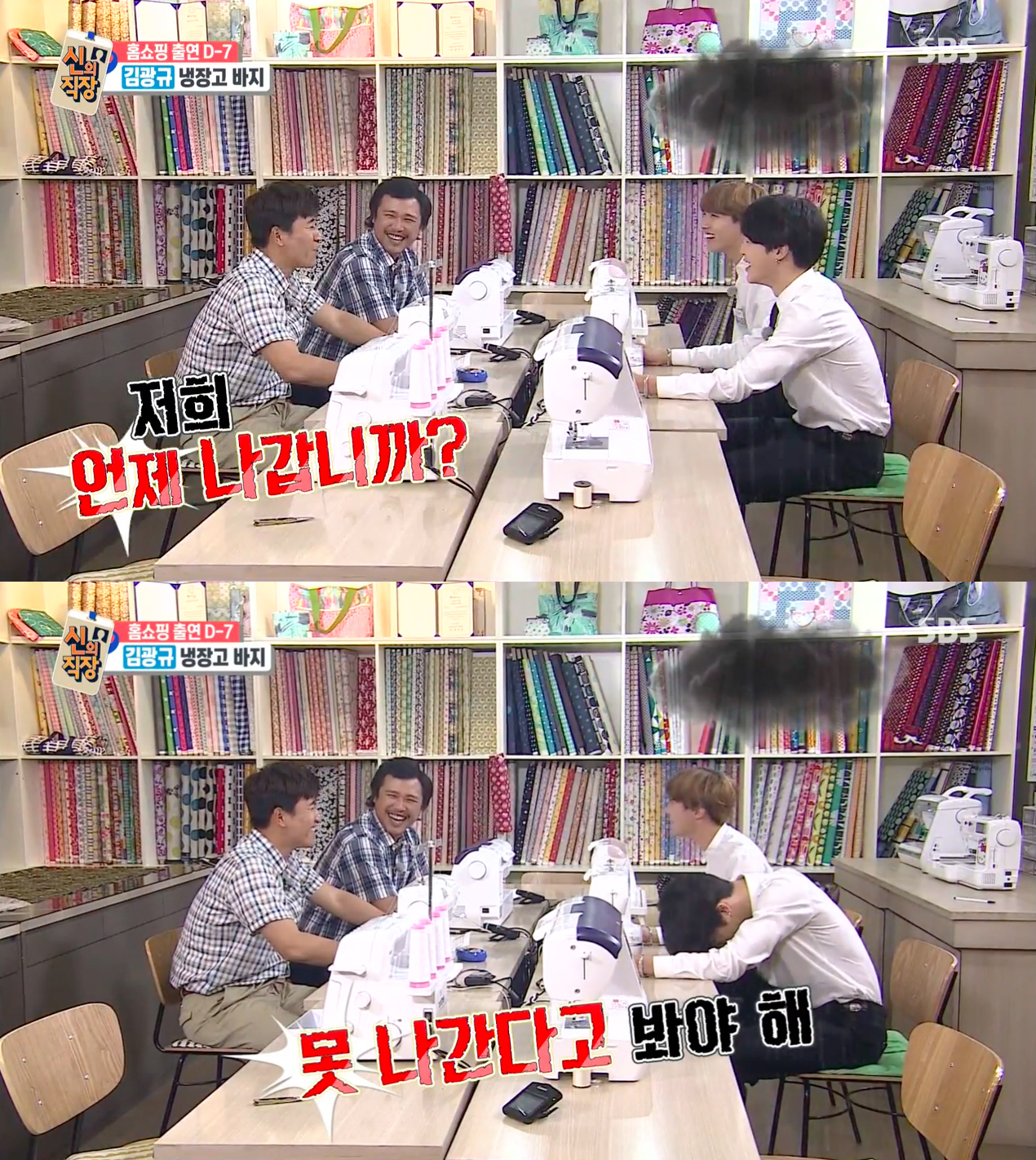 The guys laugh again and Jimin promises that they’ll stay until it’s all done.

Koyote’s Shinji also arrives to give them a hand, and everyone gets ready to start sewing. Their sewing teacher returns to explain that she’ll be helping out too, and says to the two cast members, “The interns are a bit better than you.” She tells Jimin and J-Hope that they’ll be focusing on the more difficult parts, while Kim Jong Min and Yook Joong Wan will do the seams along the sides of the pants.

The group then works well into the evening as they try to reach their goal! 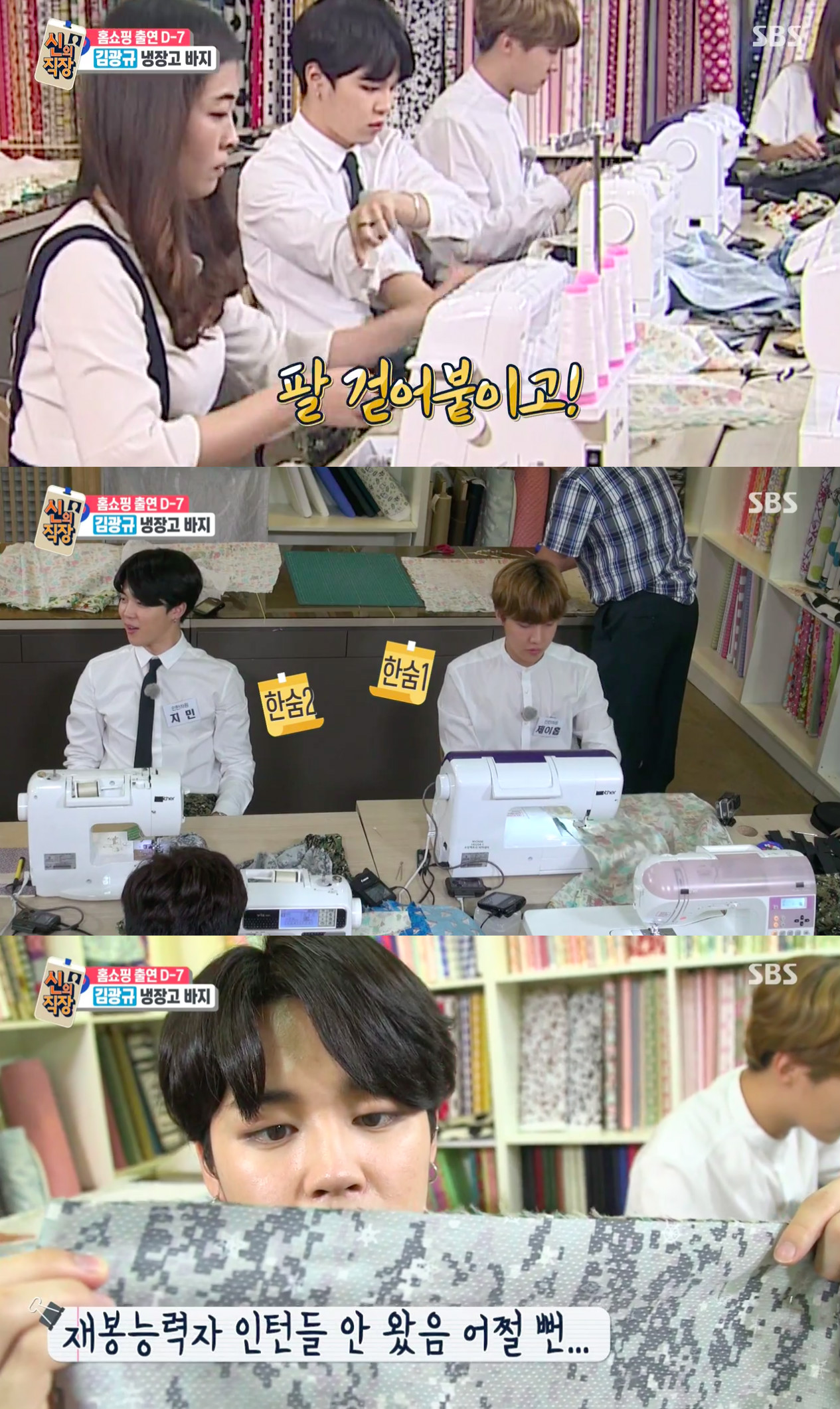 Later on, the show shares a bit of footage of Jimin dancing in a pair of their pants and cracking everyone up, and J-Hope giving Yook Joong Wan a massage. 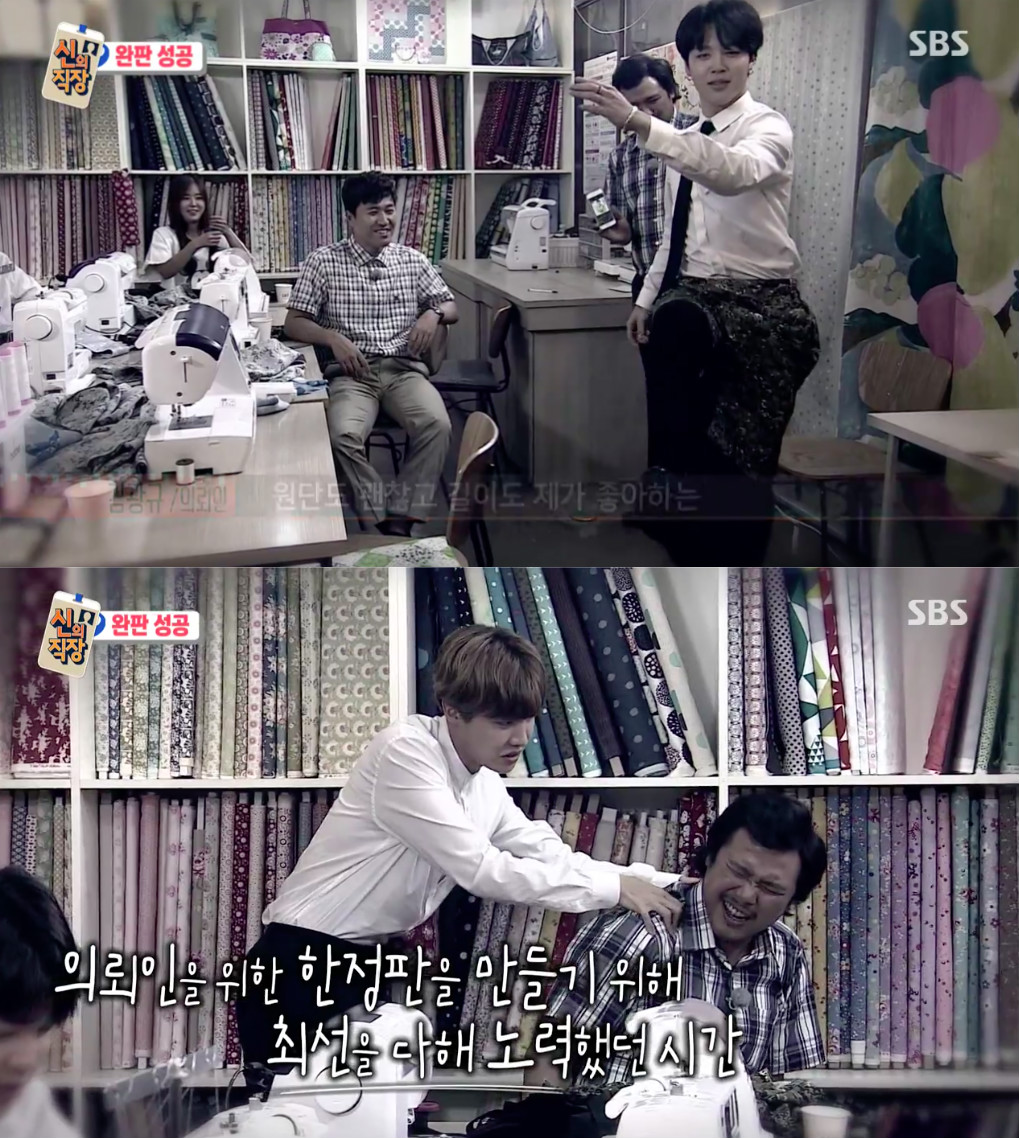 Watch Jimin and J-Hope in a clip from August 1’s episode of “God’s Workplace” below!

BTS
J-Hope
God's Workplace
Jimin (BTS)
How does this article make you feel?