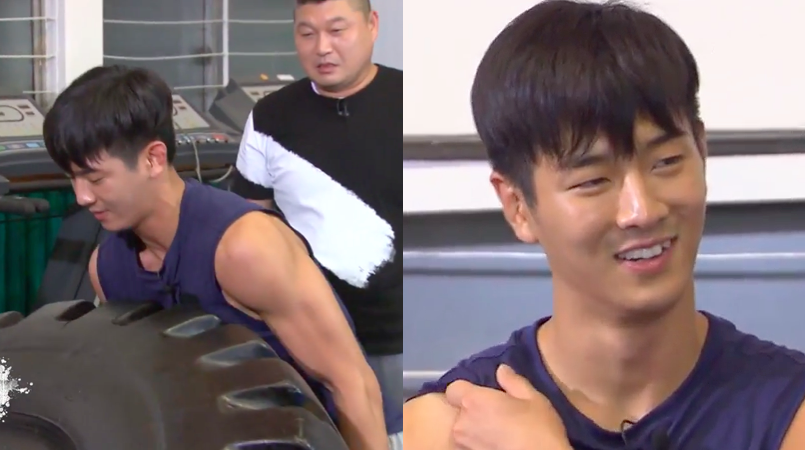 On August 2’s episode of “Cool Kiz on the Block,” Jota amazes the cast with how strong he is!

This week’s episode is the first in the wrestling special, which is part of the show’s celebration of the upcoming Summer Olympics in Rio. The cast and guests get the chance to practice in a center where real athletes train. They attempt to lift up a 300 kilogram tire that the athletes keep for practice, and they’re shocked by how much it weighs and say they couldn’t lift it.

But as they’re talking, Jota suddenly gets a good grip on the tire from the bottom and lifts it up into a vertical position. “He did it, he did it!” yells Yoon Hyung Bin.

Kang Ho Dong can’t believe Jota raised it on his own, and tries to do it as well. However, he can’t get it up off the floor, and gives up. “You did this?!” Kang Ho Dong asks Jota.

Jota then lifts the tire up off the floor again, stunning Kang Ho Dong. “What are you?!” he asks him. 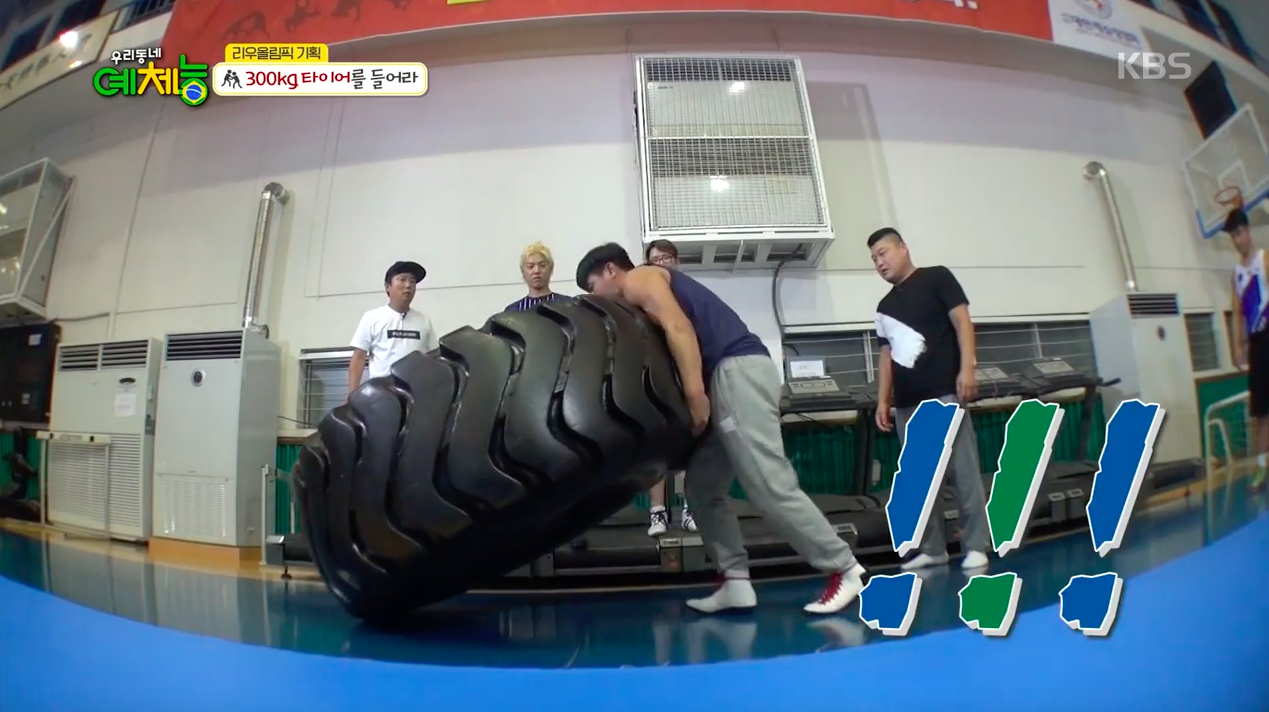 Kang Ho Dong gets more competitive and gives it another shot, eventually managing to raise the tire.

Watch more of Jota in this week’s episode of “Cool Kiz on the Block”!

Cool Kiz on the Block
Madtown
Jota
Kang Ho Dong
How does this article make you feel?