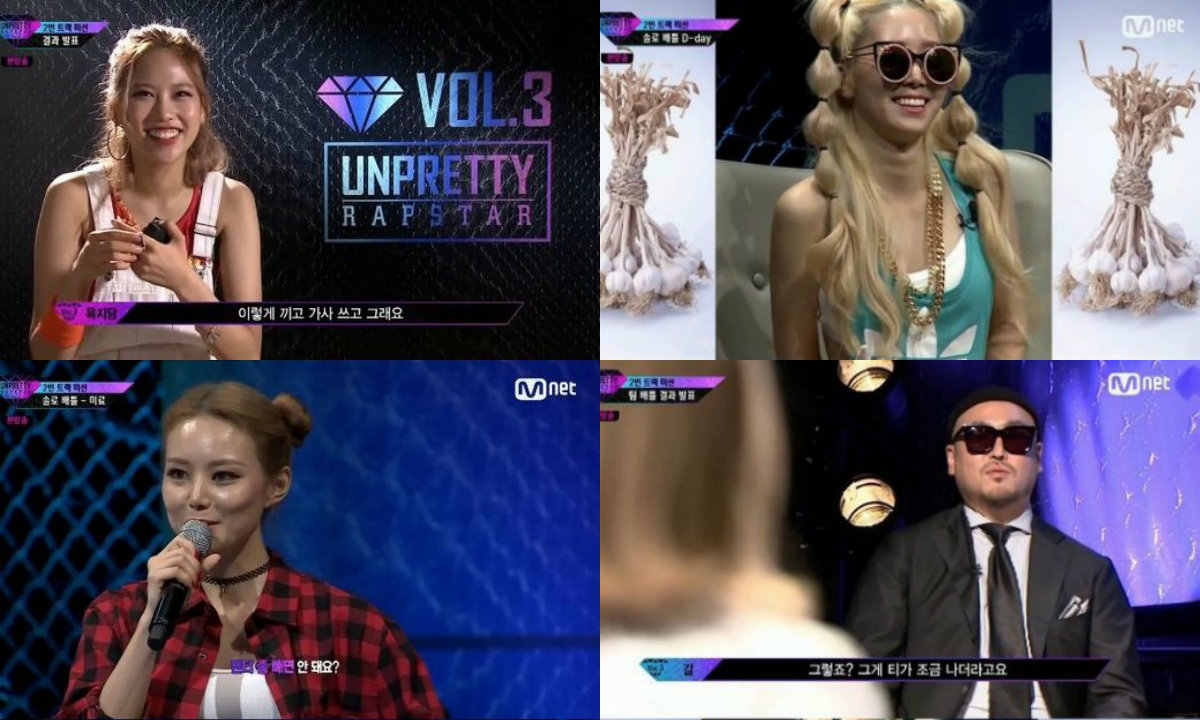 In the second episode of Mnet’s “Unpretty Rapstar 3” that aired on August 5, the 10 contestants competed to became the star of Leessang’s Gil’s track.

Before the solo competition, the 10 contestants divided into three teams. Giant Pink, who won the first mission, chose Yuk Ji Dam and Nada for her team. Jeon Soyeon, who placed second, chose Miryo and Ha Joo Yeon. Grace chose Yuna Kim and Kassy. Janey, who was not chosen by anyone, was placed in Grace’s team by Giant Pink.

The three teams then competed by covering Leessang’s song produced by Gil. Watch the performances below and find out who won.

Giant Pink’s team won this competition, allowing its members to compete to become the star of the second original track of this show, produced by Gil and titled “Tropical Night.” Gil also chose Miryo from the second place team to compete with the other three. Watch their performances below and find out who the winner was.

In the end, Gil chose Yuk Ji Dam as a winner, warning, “Haven’t you heard? Even if you win, there’s nothing to be happy about. I know someone who has had to write their rap verse 100 times. You’ve boarded the train to hell.”