During the show, she talks about her life in the Philippines before joining YG Entertainment as a trainee.

She reveals that she moved to the Philippines as a fourth grader and lived their until her early twenties. “I spent all of my adolescence there,” Sandara Park says. 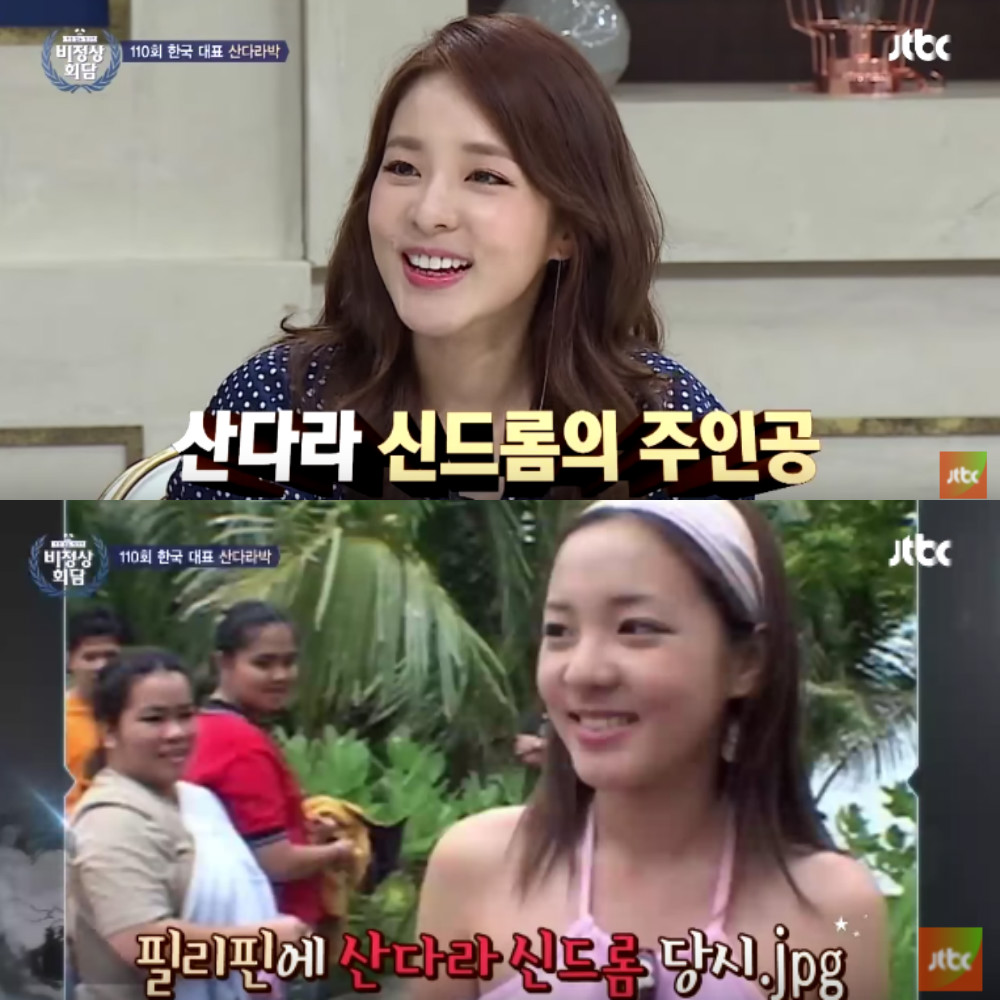 “I started [my career] there and was active as a celebrity but gave it all up so that I could be a trainee at YG,” she reveals.

Jeon Hyun Moo asks, “Were you a popular singer there?”