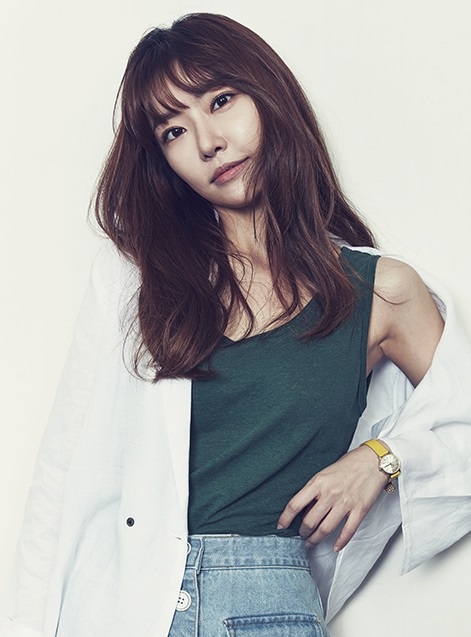 Though every reveal on “King of Masked Singer” is memorable, Lady Jane’s left a particularly strong impression.

On the August 7 broadcast of the MBC show, she appeared as Archery Girl and performed a duet of Ra.D’s “I’m in Love” with Fencing Man for the first round.

With her beautiful, crystal clear vocals and fit figure, the singer stole the hearts of the audience and panel members, who were certain that Archery Girl was a girl group member. Unfortunately, she was eliminated, and performed Park Ki Young’s “Start” as she unveiled her mask. When she was revealed to be none other than Lady Jane, the audience and panel were taken by surprise.

In an interview, she shares, “I didn’t know people would cheer for me that much. It was somewhat exhilarating when the audience looked at me closely and screamed in the moment I took off my mask. It’s for the thrill of that moment that one would want to come on ‘King of Masked Singer.'”

While Lady Jane’s performance of “Start” may have been easy on the ears, it required a great amount of vocal skills, and the singer has received much praise for her fearless rendition the challenging song.

She states, “I’ve always liked singing lively songs. I can’t sing it like Park Ki Young sunbae, but I want to sing it in Lady Jane’s way. I was in the middle of recording my new album, but I practiced a lot.”

There is also much talk and curiosity about how the singer has seemed to grow more beautiful. She explains, “I really didn’t get plastic surgery. To be honest, I felt a lot of pressure about coming on ‘King of Masked Singer.’ Because of that pressure and my practicing, I lost about six kilograms (about 13 pounds). That’s why my face may look slimmer.” She says with a laugh, “I absolutely didn’t get plastic surgery. It feels good to hear people say I got prettier.”

Meanwhile, Lady Jane is working on a new album, after she collaborated with rapper DinDin for the single “Farewell Warning” and announced that it will be followed by a “farewell trilogy.”

The singer reveals, “It’s a heartfelt trilogy about separation. It includes songs I made too. I don’t want to just be a singer-songwriter by name, I want to show my listeners that I am one.”

Lady Jane
How does this article make you feel?