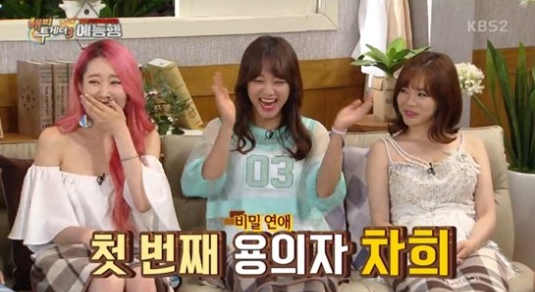 There was a segment in the show when the idols were asked to answer anonymously if they had dated secretly and four answered yes. The MCs began to try to figure out who answered positively and Chahee revealed that she has, saying, “It was very thrilling and fun.”

Sunny advised on dating secretly in the industry, “If you don’t want to be found out, you have bring along someone who people won’t suspect at all,” pointing to MC Jo Se Ho.

The girl group members also discussed the influence of Girls’ Generation on the following generations of K-pop, which you can read about here.

Girls' Generation
Happy Together
Sunny
Melody Day
Chahee
How does this article make you feel?