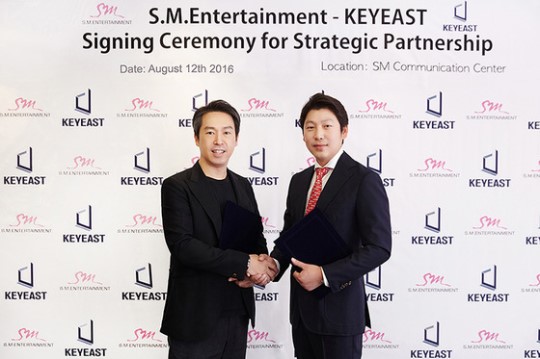 The representatives of each party came together to sign a business agreement and announced on August 12 KST, “To strengthen the competitiveness of our content, we have entered into a business agreement that will utilize our artists, intellectual property, staff, and other resources to create a web, mobile, TV broadcast cultural contents co-production fund to produce dramas, films, and multi channel network.”

The two companies further expressed their hopes and plans to work together in the growth of Korean content and their businesses.

Keyeast
SM
How does this article make you feel?