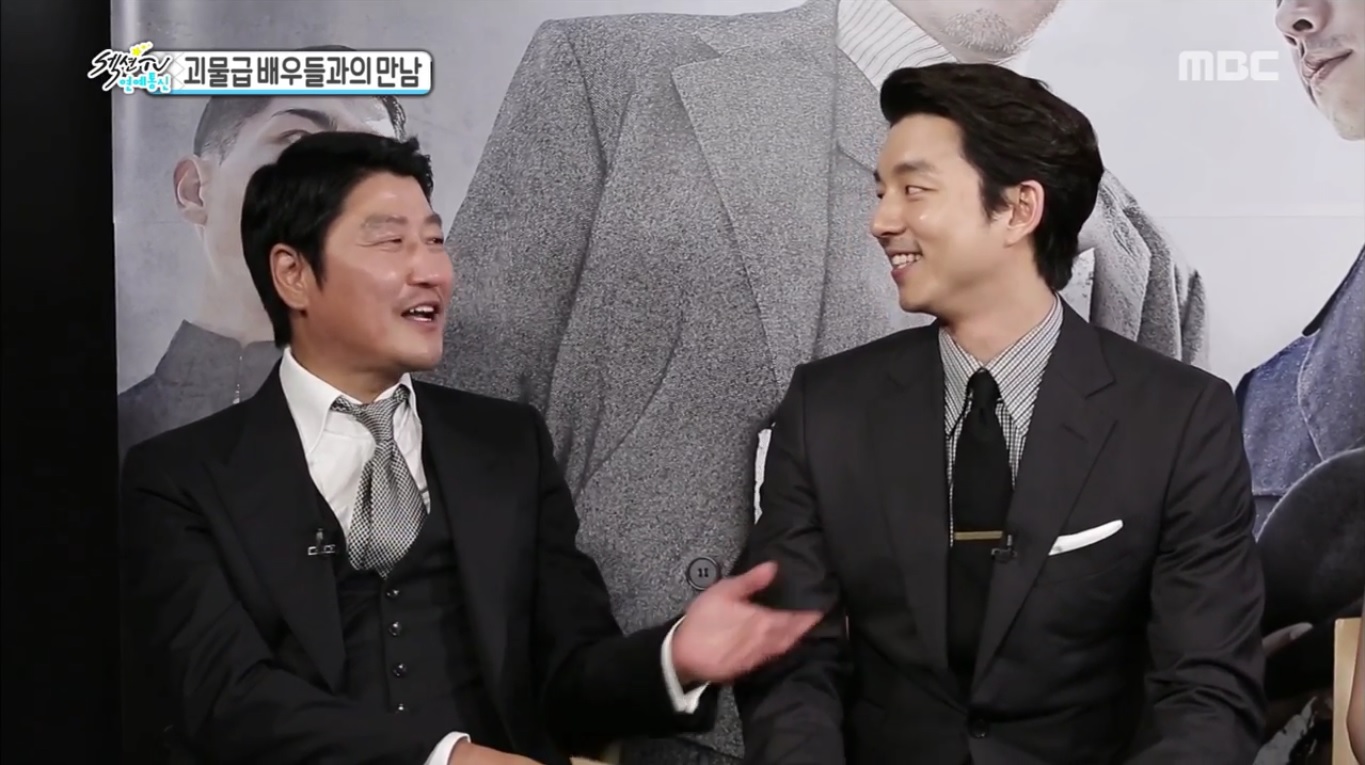 On the August 14 broadcast of MBC’s “Entertainment Relay,” the cast of upcoming film “The Age of Shadows” sit down for an interview.

During the show, actress Han Ji Min shares a story from when they filmed the movie and says, “On Song Kang Ho’s birthday party, Gong Yoo treated us to beef.” 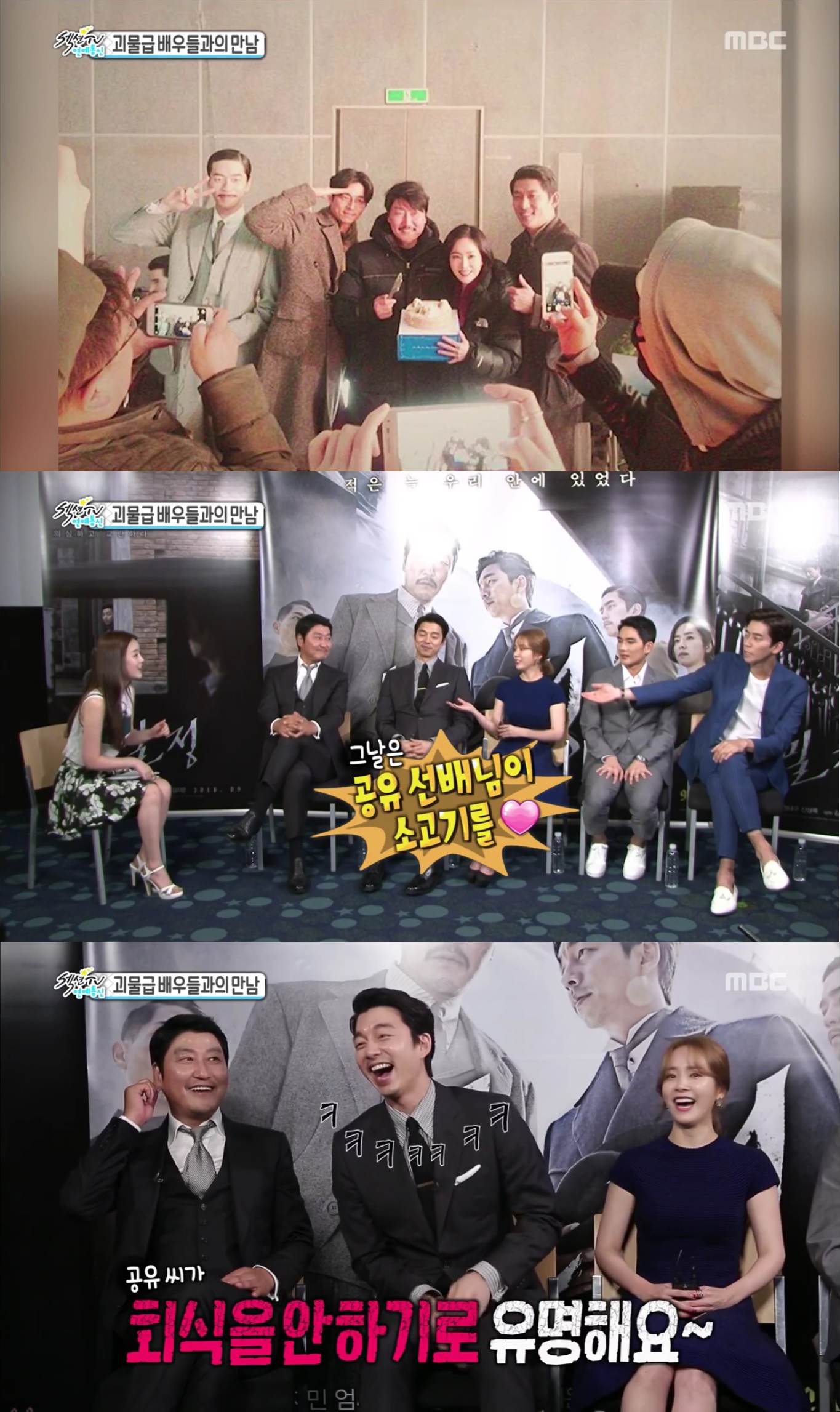 Song Kang Ho reveals, “Gong Yoo is famous for not doing staff dinners. That instance of buying beef was extremely rare. I ate food from him for the first time then,” leaving Gong Yoo dumbfounded.

Gong Yoo attempts to explain, “Let me clarify. I have no opportunity to buy him meals because he’s always doing it first.”

Song Kang Ho hilariously responds, “That’s because you never do.”

Their film “Age of Shadows” is set to premiere in September.

Entertainment Relay
Gong Yoo
Song Kang Ho
The Age of Shadows
How does this article make you feel?