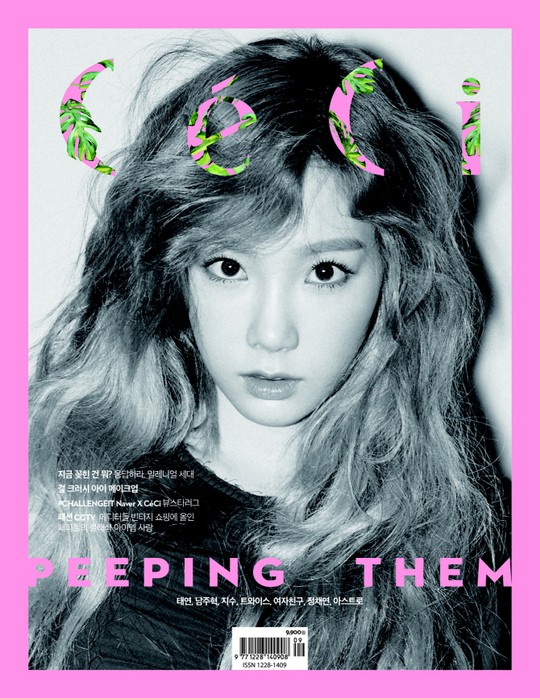 Girls’ Generation’s lead vocal, Taeyeon, recently graced the September issue of fashion magazine CéCi, which was released at the same time in both Korea and China.

The photos captured Taeyeon’s personal moments of free time while she was at home.

During the interview after the photoshoot, Taeyeon described her nature, saying, “I’m the type of person who seeks to naturally go with the flow, like water.” She also described what she felt and learned while promoting as a solo artist.

“My debut performance as a soloist was a lot more nerve wracking than my debut stage with Girls’ Generation. It felt like all of my experiences disappeared and I was starting from the beginning,” she explained.

Taeyeon also commented, “On stage I could see the expressions of the people in the audience. I was really happy that we could communicate without talking through facial expressions.”

When asked about her fans, Taeyeon replied, “It feels like one of those 10-year friendships where we have a tight bond.”