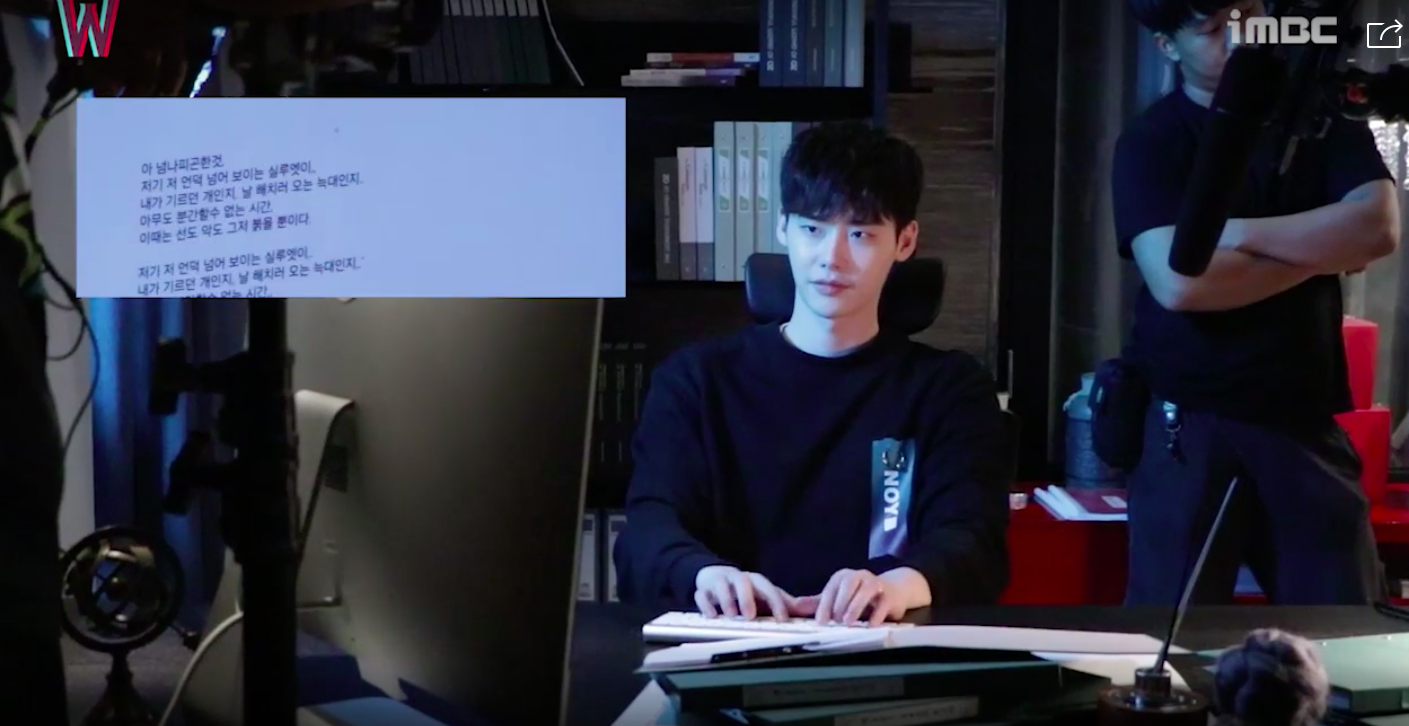 What Was Lee Jong Suk Typing On The Screen In Episode 8 of “W”?

The drama “W” has revealed what Lee Jong Suk was typing on the computer in a scene in Episode 8.

The actor was apparently instructed to type whatever came to mind, as the monitor wouldn’t show up on the screen. However, the truth was revealed in the behind-the-scenes video of that day’s filming, uploaded by the production staff on August 18.

Some of the things he wrote included, “Ah, I’m so tired” and “Is the silhouette beyond the hill the dog that I cared for, or the wolf that has come to destroy me? In this moment, I can’t tell them apart, just as the line between good and evil starts to turn red.” The latter is a line from the 2007 drama “Time Between Dog and Wolf.”

He also typed out lines from “W” such as “I’m throwing out all the reports until now.” He then repeated the line with several typos.

You can watch the making film here and start watching “W” below!