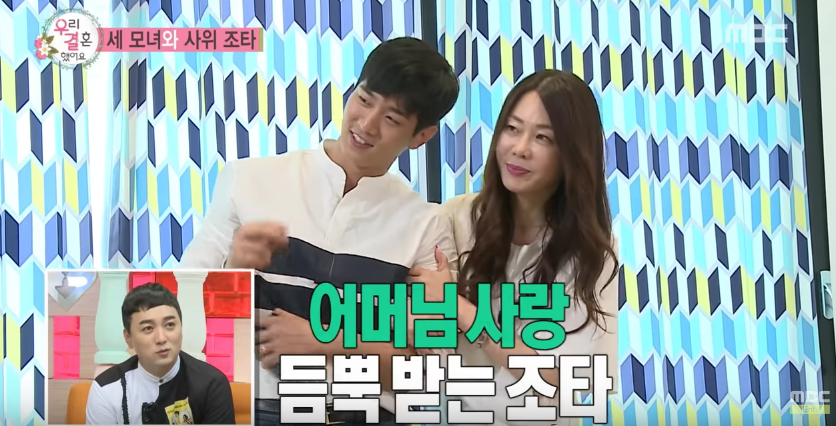 Kim Jin Kyung shows where she got her beauty from as she introduces her mother and older sister to Jota.

On the August 20 episode of the MBC virtual marriage reality show “We Got Married,” model Kim Jin Kyung surprises Jota by announcing that her mother and sister will be dropping by their house. Despite the short notice, Jota is able to whip up a tasty meal for them before they arrive. 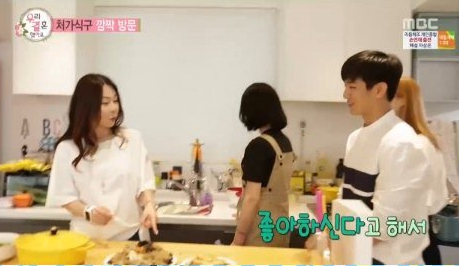 Upon their arrival, Kim Jin Kyung tries to trick Jota by bringing in her mother and saying that it was her older sister. Jota is not fooled, however, and immediately gives a deep bow to her mother, who shocks the studio MCs with how young and beautiful she looks. 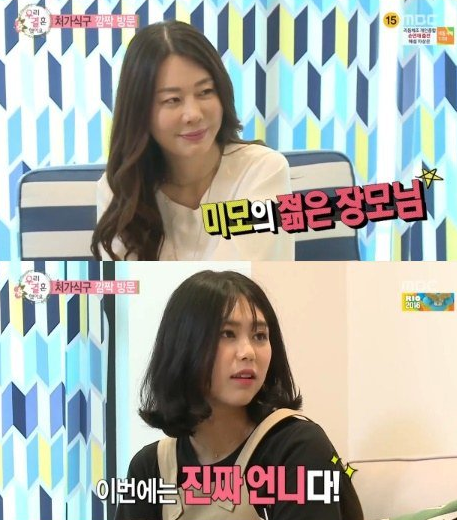 As they eat the food prepared by Jota, her mother exclaims that the food is good but Jota says in his interview later, “When I tasted it, it wasn’t that good but I was thankful that she said it was good.”

The surprises are not over, however, as Jota prepares presents for not just her mother but for her sister as well. In her interview with the writers, Kim Jin Kyung says, “I noticed that my mom was really touched by his present. Her eyes got a bit red around the sides.”

Watch the heartwarming scene below and check out the entire episode on Viki!