On August 20-21, BEAST held their concert “2016 THE BEAUTIFUL SHOW” at the Seoul Olympic Gymnastics Arena.

It is common practice for fans to hold up handmade signs, or placards, at concerts and events, but one sign in particular caught Lee Gi Kwang’s attention this past weekend. 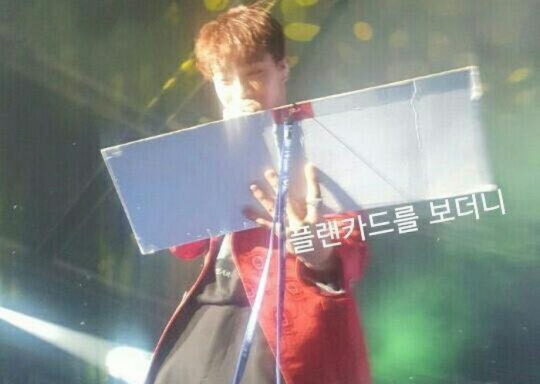 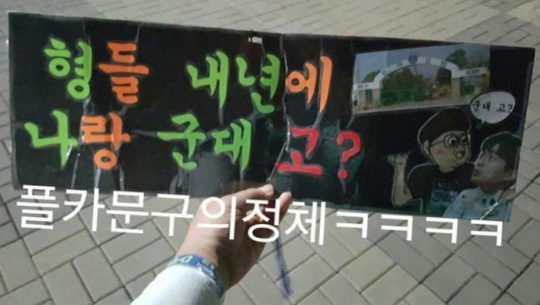 The sign reads, “Hyungs, will you go to the army next year with me?” Lee Gi Kwang can be seen picking it up out of curiosity, reading the content, and bursting out into laughter. 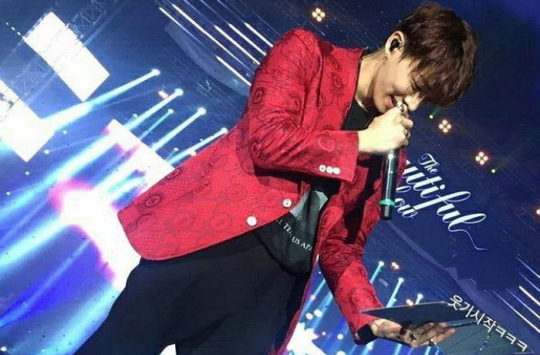 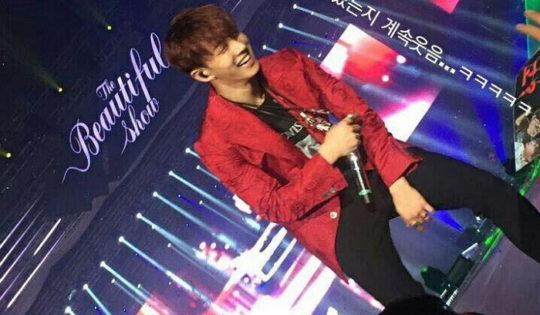 The sign has made waves online because the sign was written in a cutesy way by a male fan and because BEAST is nearing the age for their mandatory military service.

The “2016 BEAUTIFUL SHOW’ concert is part of a brand of concerts with the same name that BEAST has held every year since 2012. This year about 22,000 fans attended the concert.

Lee Gikwang
BEAST
How does this article make you feel?