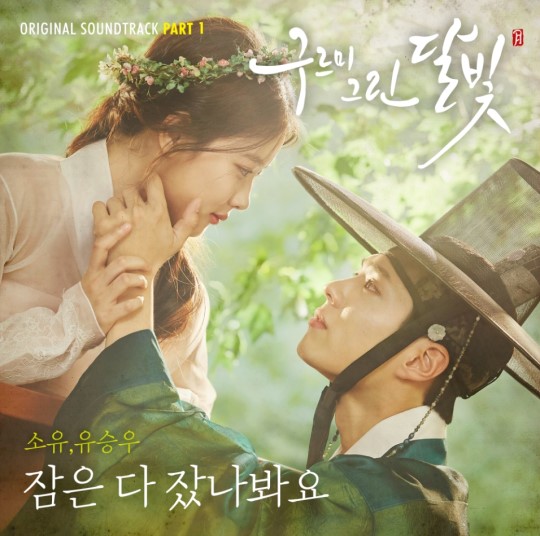 After its midnight release on August 23, the song hit number one on Genie, Bugs, and Soribada, climbed to number two on Olleh, and safely debuted at number five on MelOn. The song is expected to continue to rise through the ranks.

The music director of the drama’s OST, Gaemi, also lead the production of the OST for hit drama “Descendants of the Sun.” “I Think I’m Done Sleeping” is a song that portrays the emotions behind the drama’s lead characters’ (Lee Young played by Park Bo Gum and Hong Ra On played by Kim Yoo Jung) gradual development of feelings towards each other after their surprising first meeting by describing the feeling of not being able to fall asleep. The song previews the emotions that the two characters develop toward each other.

“I Think I’m Done Sleeping” is a collaboration between music director Gaemi and hit song composer Kim Se Jin, which features the smooth and sweet vocals of Soyou and Yoo Seung Woo accompanied by a calm accompaniment.

One to two OST tracks for the drama will be released every Monday at midnight, each release corresponding to the emotional tone of the drama.

Soyou
Love in the Moonlight
Yoo Seung Woo
How does this article make you feel?